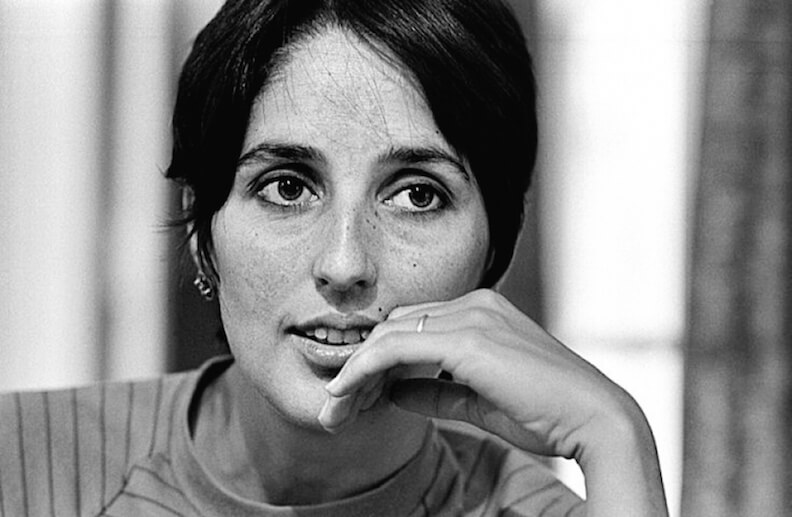 In the biggest “no shit” moment of the last half year, Time detailed a small German study that had tested the effects of lysergic acid diethylamide, or LSD, on the brain. Turns out, the psychedelic drug “might make you more creative.” (A trip through The Beatles’ Revolver would’ve saved them the time and drugs.)

Nevertheless, it’s pretty far out when you apply the University of Kaiserslautern’s findings to the early career of folk hero Joan Baez, who’ll be enshrined in The Rock and Roll Hall of Fame this April. Baez released three gold records amidst the acid era of rock and roll without ever dropping the performance-enhancing drug (PED) herself. She denies partaking in all drugs for that matter, as if she’s sitting before a congressional hearing on steroid use in baseball.

It’s hard to imagine what Baez’s peers, first-ballot hall of famers The Beatles, would have become without LSD, or if they ever would’ve completed Malcolm Gladwell’s arduous 10,000 Hour Rule in Hamburg without “prellies” keeping them animated.

The same goes for Barry Bonds, the juiced-up home run king who allegedly used steroids and HGH to break baseball’s most sacred record. Bonds was denied entry into The National Baseball Hall of Fame last month for a fifth straight year because of PED allegations. And should his bigheaded bust ever breach Cooperstown, it’ll be haunted by designer Marc Ecko’s five-blunted asterisk, incanting Bonds’ tragic legacy: He was great, but not by the merit of his own physiology and work ethic.

The powers that be in Cleveland would be remiss not to include an asterisk next to the singer-songwriter’s name when she officially becomes a hall of famer this spring. Baez, with her immense catalog, was great: by the merit of her own physiology and work ethic.

The End of Hipsterdom

American Apparel is closing its doors for good and so officially ends the hipster counterculture.

It’s a bit underwhelming considering it was the Manson Murders or perhaps the liquidation of the Vietnam War that symbolically did in the hippies. But hipsters have never been as serious as all that. In fact, for the once anti-consumerist movement, it’s the perfect irony, hipsterdom’s “Blue Steel.”

Last month the American-made, sweatshop-free clothing brand announced that it would be shutting down its entire operation by April. The company had been bleeding cash since 2009 and was no stranger to controversy, including former CEO Dov Charney’s multiple sexual harassment lawsuits. Still, American Apparel will be remembered for its “Legalize Gay” and “Legalize L.A.” activism, its Helvetica Black font and its over-sexualized advertising.

Before all that — before it was cool, I mean — American Apparel was DIY; it was thrift-store chic without having to wear a stranger’s weird smell. I had the privilege of living in a punk-rock house (code for proto-hipster house) in the early aughts, which hosted a screen-printing company’s gear in its garage. It was then and there that I fell in love with the plain, anti-fashion American Apparel tee shirt, or the preferred canvas of Detroit-area indie bands.

Of course, we weren’t actually in Detroit. The gentrifying dynamic of hipsterdom was still exclusive to Williamsburg, Brooklyn at the time. The term “hipster,” even, was still just a synonym for “scenester” and was sparingly used. But I imagine our music scene’s predilection for fine jersey cotton, like most other music scenes at that time, is partly to blame for the rise of the once billion-dollar corporation.

Now American Apparel is dead, like the person all corporations claim to be, and at the hands, no less, of its aging demographic, which eventually grew out of its self-indulgent irony to combat corporate personhood in arenas such as the Occupy movement; that still fights corporate greed, but in less-fluorescent attire. Indeed, hipsters brought American Apparel into the fashion world and hence were able to take it out by simply existing as something else entirely.

Of course, it had nothing to do with a sudden distaste for spandex bodysuits and tri-blend Deep-V’s (okay, maybe a little). It was just time to get serious.