Home » Music » Backbeat » Take Us to Our Leader 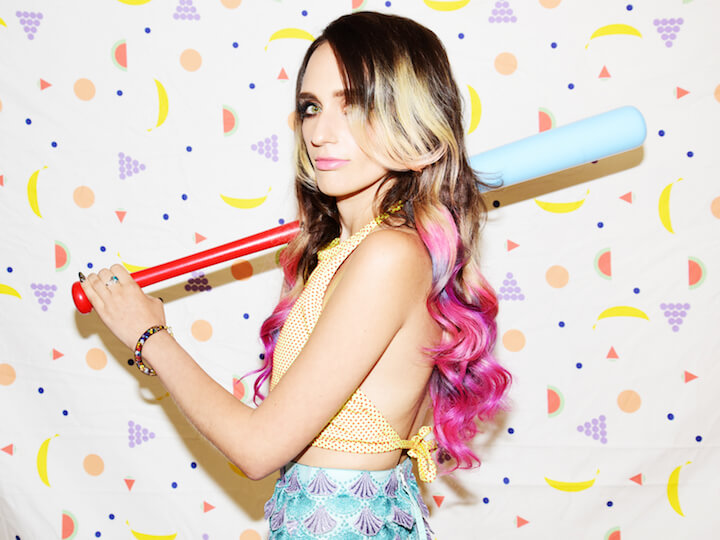 There’s plenty to give thanks for this month. The presidential race is almost over. Finally, a woman president — and in a landslide! (This very well could be my “Dewey Defeats Truman” moment — the part about Hillary Clinton beating Donald Trump by a lot of votes as opposed to beating him by quite a few votes.) Not to mention: Black Violin (Nov. 18), Daughter (Nov. 19), Fruit Bats (Nov. 4), NOFX (Nov. 16) and Earth, Wind & Fire (Nov. 17) are all coming to town.

Night of The Living Deads

Hate her or dislike her or just distrust her a little, electing the first woman president Tuesday, Nov. 8 is a historic occasion. Give your future “where were you when…?” response a kickass setting: Indie rocker Graham Stevenson, aka Grumpus, might not be a 100 Elite NPC but he does have a WoW factor. The Hottman Sisters are opening his Milk Run debut at 9 p.m.; Failure Anthem, in support of its First World Problems LP, is offering up its “push you through the day” active rock to The Waiting Room Lounge, 7 p.m. The Greensboro, N.C. quintet is nudging hard rockers Letters From The Fire (San Francisco) and Cover Your Tracks (Atlanta) along on their eponymous tour; Girl Meets World star Sabrina Carpenter is making her formal introduction to Omaha as part of her inaugural EVOLution Tour at Slowdown, 7 p.m. Her formulaic blend of Disney pop, which follows in the footsteps of Hilary Duff and Miley Cyrus, is slightly edgy, but then again, so is the Epcot Center; Veteran Canadian songwriter Tom Wilson is donning his psychedelic folk persona LeE HARVeY OsMOND at Reverb Lounge, 8 p.m. Perhaps more intriguing is opener Jim and Sam whose sound is positioned somewhere in the bluegrassy knoll. The L.A. folk sweethearts are bound to break out with their Simon and Garfunkel meets Serge and Brigitte vibe (just scope their website for Chrissake); and Chicago drum hero Dylan Ryan (Herculaneum/Cursive/Rainbow Arabia) of Dylan Ryan/Sand is going to make O’Leaver’s patrons hallucinate at 9 p.m. with his mind-bending project’s free-jazz psychedelia. Opening is Arc Flash (Lawrence, Kan.) and local band Chemicals.

Consumerism, violence, Walmart stampedes, cold stuffing, gray skies, parking lot tents, crowded multiplexes and leftover pumpkin pie; Black Friday is as American as apple pie and Black Monday and Black Tuesday, and so is partaking in your own tradition Nov. 25: Sad13 (Sadie Dupuis of Speedy Ortiz) is dropping her 8-bit, anti-pop truth bomb on Milk Run, 9 p.m. The New York native is touring in support of her freshly minted debut Slugger, which is a consent-minded, sex-positive critique on rape culture in mainstream music. Opening is fellow New Yorker Vagabon and Mannequin Pussy (Philadelphia). Gypsy punk ensemble Gogol Bordello is throwing the other party at Slowdown, 9 p.m. The New York octet with an Eastern European flare is known for its eight-ring circus gimmickry that ties into one theatrical act. Expect obscure instruments, a diverse cast and great facial hair.