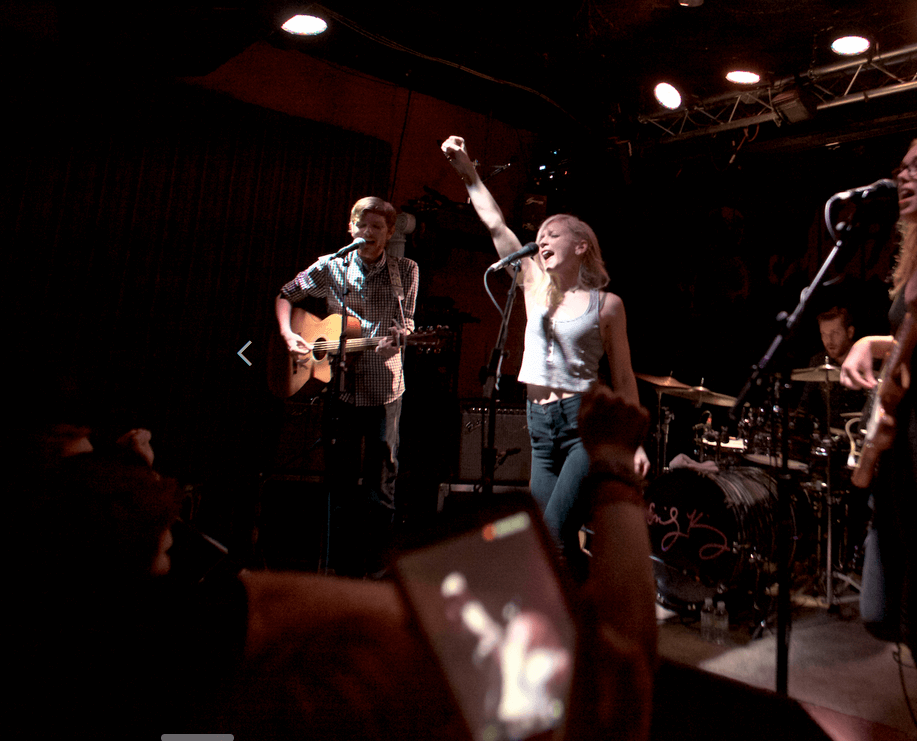 Emily Kinney is an actress best known for her heartfelt portrayal of “Beth” on the hit series, “The Walking Dead.” Shockingly, Beth was killed off the zombie show last season. But, Kinney proved she’s full life at her June 3 performance at The Waiting Room. 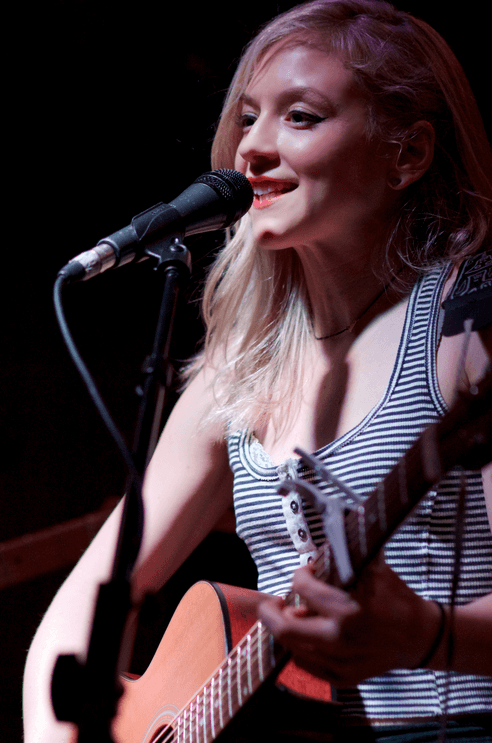 Omaha seems to love the actress/singer. At her first appearance in Omaha, she elatedly reported to the audience that the Omaha show was the fastest to sell-out on her current tour.

The sellout crowd was treated to fans favorites like the cover of Tom Waits “Hold on” and “Be Good” from the “The Walking Dead.” Kinney also performed songs from her 2013 Expired Love album as well as, “new” songs off her as yet unreleased album This is War. Her songs genuinely entertained her fans  and she eagerly obliged the chanting audience with a rousing encore before departing and meeting with family and friends after the show.

Dylan Gardner — one of Kinney’s two opening acts — while young in appearance, displayed the showmanship of a professional.

He enthusiastically engaged the audience with original songs and a cover of “Do I Want to Know?” from Arctic Monkeys. You can read The Reader’s interview with Gardner here.

All in all, a wonderful evening and a family friendly show which all ended much too soon. And a special shout out to the courteous and outstanding staff at the Waiting Room.