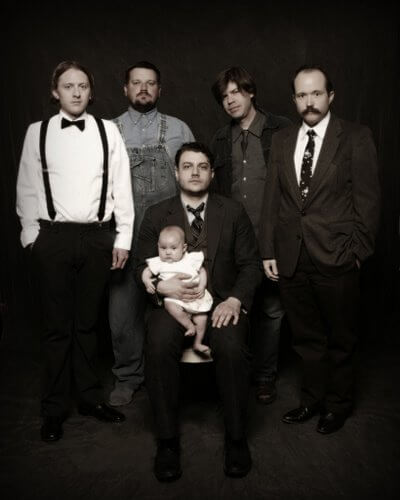 While technology and the music business’ economy continue complicating life for those looking to survive in the music industry, there was still plenty of activity in Omaha’s music scene. This is what was big in Omaha during 2011.

* Emphatic: The local hard rock heroes became major label modern rockers with the release of their Atlantic Records debut Damage. Label executive Jeff Blue and big-time producer Howard Benson made Damage with the band, which once again became the core duo of guitarist/songwriter Justin McCain and singer Patrick Wilson. A vocal injury to Wilson derailed a semi-homecoming at Stir Cove this summer, so the band has yet to take a local victory lap to celebrate their record. Only Emphatic knows whether that’s an accidental oversight or an intentional 311-sized snub of the band’s Omaha roots.

* Red Sky Festival: Headliners like Kid Rock and the Zac Brown Band pulled in crowds to TD Ameritrade Park, but those same crowds were nowhere to be found on the oven-hot slabs of concrete in north downtown during daytime sets. That failing is Red Sky’s, as several acts would have pulled similar crowds for more-expensive club or casino shows. Even 311’s homecoming, which coincided with the band’s release day for Universal Pulse, drew much less than stadium capacity. Still, the Metropolitan Entertainment & Convention Authority’s parking lot/baseball stadium music series will be back from July 17-22, 2012.

* Local “supergroups”: Get to know the So-So Sailors, Conduits and Icky Blossoms. Actually, you might already know them. All three of these rising acts feature successful local music veterans. Icky Blossoms is the post-dance rave-up indentity, led by Tilly & the Wall’s Derek Pressnall, Conduits’s Jenna Morrison is surrounded with wily players, capped off by the fractured guitar bliss of ex-Eagle Seagall member J.J. Idt, and So-So Sailors is Ladyfinger singer Chris Machmuller’s soft-pop odyssey aided by the Bruces’ Alex McManus, among others.

* Locally-produced video: Want to hear what a local or regional band sounds like? Chances are there’s a local videographer who has captured that band’s soul in moving picture form for you to check out. Love Drunk, Ingrained, Sound Survelliance and others, many of them aided by HearNebraska.org’s band width, have gained traction by their unique approaches to music videos.

— The Pains of Being Pure at Heart, Belong (Slumberland)

— The Airborne Toxic Event, All At Once (Island)