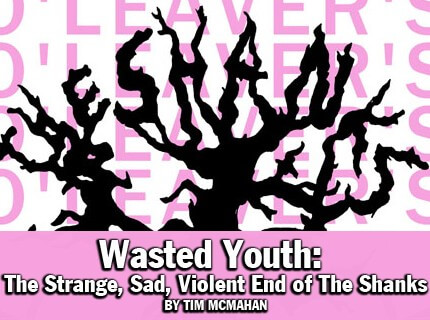 Tom Iansek and Jo Syme emerged on Australia’s music scene as Big Scary in 2006 with a recognizable chemistry, genre-defying spirit, and a less-is-more approach to songwriting. Their chemistry is undeniable and a force to be reckoned with. They have a unique approach of less is more but it will leave not only your ears but your heart satisifed. With both talents combined Tom’s angelic vocals and Jo’s intricate drumming lays out a beautiful landscape in your mind.

After a series of self-released singles Tom found the time to take courses in production and with the newfound knowledge was able to take Big Scary to another level. October 2011 Vacation was born through the bands label Pieater. The album was recorded with the help of close friend and producer Sean Cook (former bass player of Yves Klein Blue), Big Scary enlisted Welshman Gareth Parton (The Go! Team, Foals, The Breeders) to mix and engineer the sessions.

Vacation’s lead singles included “Mix Tape,” “Gladiator” and “Leaving Home.” The album expressed a diverse sound and statement of its own, not conforming to one specific genre which earned respect of fans and critics alike. The duo set out to expand their listeners with a tour to America including showcases at SXSW, CMW and CMJ, and stunning audiences in New York and Los Angeles.

With inspirations from travel, work and touring nine months later Big Scary forged their second powerful album, Not Art. It was recorded and produced by Tom Iansek and mixed by Grammy Award-winning Tom Elmhirst at Electric Lady Studios in New York. The lead single with a title of no tribute “Phil Collins” comes out swinging showcasing the maturity of a second album and lyrics of organic nature.

Not Art is full of soothing tracks pulled together from inspirations of many different sounds that in the end really defy genre. Big Scary’s love for drawing from music they personally like and the art to mimic the moods of those artists formed a mood all their own and is sure to leave its mark on yours.

Big Scary brings their big sound to Omaha’s Slowdown April 18, opening for the band Say Hi. Drummer Jo Syme recently shared some insight into the band with The Reader:

THE READER: Can you give us a little back story on how the two of you met and then came together to form Big Scary? And how did you come up with the name?

We met in about 2006. Tom was planning on putting a full, four-piece band together, and asked a mutual musician friend for any drummers, and got my details. He got in contact and then turned up on my doorstep, guitar in hand. At first we were playing quiet acoustic sets. I was using glockenspiels and shakers, and we were playing in little restaurants or jazz clubs. It wasn’t until we made a demo in late 2008 and “plugged in” that we named ourselves Big Scary. The name is the least interesting story ever: we just texted each other back and forth potential names until we found one that neither of us hated. Rejected names included “Air Commodore” and “Sparkle Tone.”

For people to get to know you both better, what do you like to do in your spare time when you are not making music?

I read a lot, although I’m slowing down lately. Took me nearly half a year to read Infinite Jest just now. Whoa. I used to cook a lot too but I currently live in a bit of a shack situation, where if more than one appliance is on at any one time, then the whole kitchen shorts… But I love to listen to records, and to see bands, and I also still work casually when I’m in town at a restaurant rolling burritos.

Do you write songs together for each track or does one of you write a whole song and vice versa?

Tom is definitely the principal song writer. When I contribute more than just the drums, its usually making a melody over some music he’s already written. Some songs are fully formed before we come together, and some are developments of riffs, and some are layered slowly by recording some drums, then a few weeks later adding piano, then a while later the vocal line.

Once you got into the studio and crafted producing skills, do you think it helped you more in making music, understanding that part of the process?

Tom did a course in production and it has helped us immeasurably. He already had a good ear, and then to have the technical skill to complement that has meant we have much more control, a clearer vision, and more confidence and in the sounds we’re attempting to paint. The production behind the songs has become just as important as the song itself. We really focus on the textures.

You gained quite a following in Australia. When you set out for your first tour in America, what kind of thoughts went through your minds? Was that a scary step, that you might not be perceived in the same way?

It’s always a mystery when you’re visiting a new region. We are a very eclectic band, and that’s been our biggest criticism from business types who want something easy to market. But a lot of our influences are American, so I didn’t imagine that people just wouldn’t “get” it. And when someone has only heard one or two songs of ours, they might perceive us completely differently from someone who’s heard a different slice of our catalogue, so even in Australia we’re not perceived the same way from person to person.

You performed at showcases in the States such as SXSW, CMW and CMJ. Is there a different vibe performing in America compared to Australia?

We found Americans to be extremely receptive and respectful of the music, it was refreshing! Like, they actually listen during the quiet songs. It’s less “get drunk and listen to bands,”,more “watch a band whilst enjoying a drink.”

Your new album Not Art dropped last month. What’s different about this album then your last and was it a different process for you as artists this time around?

It came out last year in Australia, but has just been released world-wide, which is why we’re doing our first big North American tour only now. The whole process of Not Art was very different to Vacation. With Vacation (our debut), we had all the songs written, but didn’t know how to tie them together, didn’t know what mix vibe we wanted, etc. We had an external producer and put our faith in him and the mix engineer, who did a great job at tying together a very eclectic bunch of songs. I can definitely hear a younger band in that album, a few more pop songs, that were maybe included for the wrong reasons. For Not Art, Tom took the producer and engineer reigns. He had what he calls a “lightning bolt” moment, when he developed a clear idea of how he wanted the tracks to sound, and the general mood of the album. We recorded the drums to begin, then over the course of nine months we built on that tracking and pieced together songs. It’s a combination of live drumming and guitar/piano takes, mixed with more precise programmed parts and loops – an idea inspired from hip-hop production values.

What standout tracks do you recommend for new listeners on the album?

I found myself moved by many of your songs. I read this statement on your website about the new album Not Art. “Naming their second studio record for the contradictory nature of creation; attempting to undermine the expectations of the artist’s responsibility; the pretension that everything must have meaning.” It’s a pretty straight forward statement but we always hear music based on failed relationships, religion, money, etc. So what inspirations do you draw from to write and produce songs?

I just went and asked Tom, here’s what he said: It’s a lot of things and inspiration is something that’s constantly shifting for us. In terms of writing, a lot comes from other artists, I’m constantly looking for something that will spark an idea of our own. I also often try and mimic moods that other artists create. DJ Shadow’s Entroducing is the case in point here for Not Art. I love how that has a real distinct feel and mood throughout and was definitely something liked and wanted to mimic in our own style, and also affected how our songs were shaped and tied together. Inspiration for production is somewhat tied up in this too, but also takes a bit of a different ear, perhaps more tuned to specific sounds, like the sound of a drum kit or vocal. I actually got into hip hop by first loving the production approach: the use of a samples and loops, hard/abrupt sounding edits, the combination of old and new sounds I really loved.