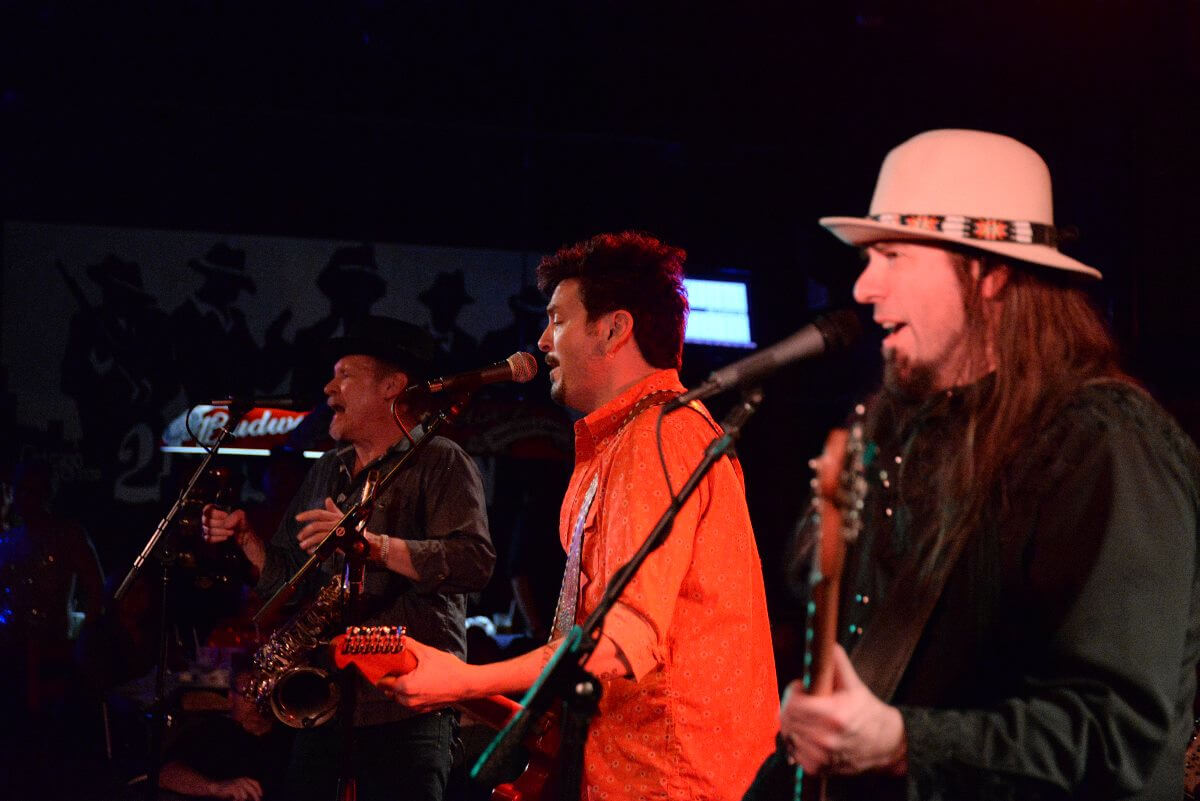 Blues fans have until March 2 to vote for their favorites in the 36th annual Blues Music Awards (BMAs). You must be a member of the Blues Foundation to vote, but the basic individual annual membership is only $25 and makes you a supporter of the international blues scene. Member votes determine the winners. See blues.org for more details.

The awards will be presented in a ceremony Thursday, May 7, in Memphis, Tenn. In conjunction with the BMAs, the Blues Foundation will have the Grand Opening of the physical site of the Blues Hall of Fame. The Hall will also have various exhibits, starting with an extensive showing of the beautiful blues photos Dick Waterman has taken during a career dedicated to the music.

Matt Whipkey’s Underwater
Local rocker Matt Whipkey plays at Waiting Room Friday, Feb. 20, 9 p.m. in a CD release party for his latest record, Underwater. In his follow up to Penny Park, Whipkey promises Underwater is an exploration of “lost love, friendship, death and indulgence” as the personal transcends to the universal. Expect sizzling guitar and thoughtful, soulful insights. See mattwhipkey.com.

Shadowboxing this Weekend
Josh Hoyer & The Shadowboxers are back from several weeks on the road. In the last week Hoyer was the featured artist in the February 12 edition of Blues Blast Magazine. See bluesblastmagazine.com. The band also took home two awards in the Omaha Entertainment and Arts (OEA) Awards, the Best Soul/R&B Artist and Album of the Year.

21st Saloon Blues
Anthony Gomes plays The 21st Saloon Thursday, Feb. 19, 6-9 p.m. Next week Chicago’s Rockin’ Johnny Burgin brings his jump-blues and swing style to Omaha Thursday, Feb. 26, 6-9 p.m. Rockin’ Johnny has been on the Chicago scene for 20 years and spent time playing with Chicago blues legend Taildragger and toured as a sideman with Pinetop Perkins and Sam Lay before launching his solo career. His bands have been featured at the legendary Chicago Blues Festival, recorded for Delmark Records and toured extensively. Burgin has a new disc out this month. See rockinjohnnyband.com.

Zoo Bar Music
Lincoln’s Zoo Bar was featured as one of 20 clubs in Big City Blues Magazine’s “20 Years of Nightclubbing the Blues” issue (February-March 2015). The magazine is celebrating 20 years of publication. See bigcitybluesmag.com.

Mike Zito & The Wheel are back in the metro for a show at the Zoo Bar Tuesday, Feb. 24, 6-9 p.m. The band features Zito fronting a very talented group of musicians including Scot Sutherland on bass, Jimmy Carpenter on sax and Lewis Stephens on keys who has worked with Delbert McClinton and the late Freddie King. They threw down at the 21st Saloon on Feb. 14 for a special Blues Society of Omaha show, filling the dance floor all night long with their high energy show and high octane musicianship. The band is touring in support of the live disc Songs from the Road (Ruf Records).
Keep up with the Zoo Bar schedule at zoobar.com and keep up with late-breaking announcements at the Zoo Bar Fan Club on Facebook.

Don’t forget to check out one of my favorite stories from my January trip to Memphis in the February print issue of The Reader. You can catch more photos that go along with the story at hoodoorootsblues.blogspot.com/2015/02/postcards-from-memphis-january-2015.html.