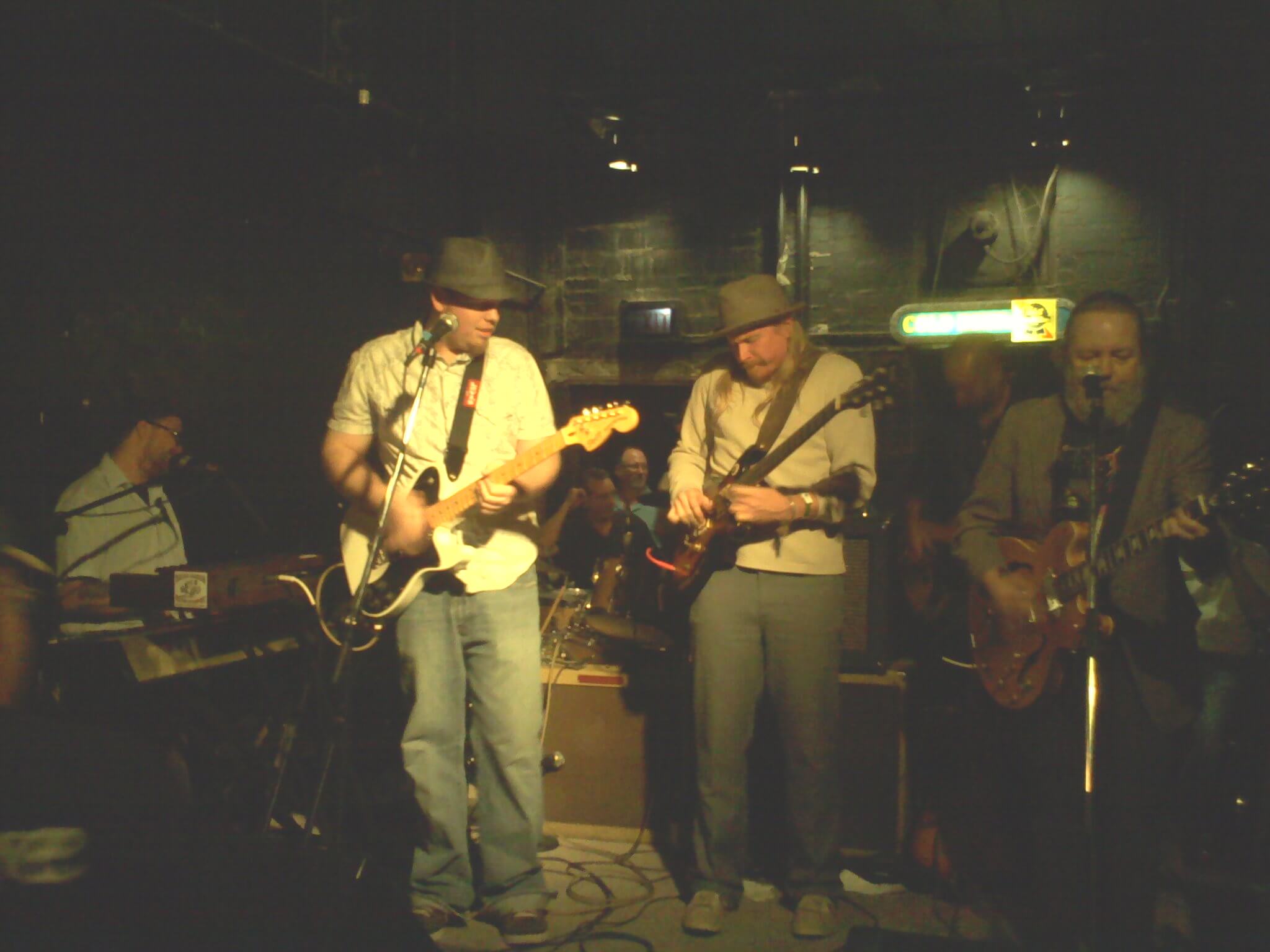 Thursday, Oct. 4, 5:30 p.m., The 21st Saloon and the Blues Society of Omaha host a Tribute to Larry Boehmer, longtime owner of Lincoln’s Zoo Bar and the man responsible for making it a historic Midwestern blues mecca. Boehmer passed away Sept. 4 from lung cancer. The 21st Saloon is located at 96th & L.

If you didn’t really know Boehmer, or you don’t know the Lincoln players assembling for this Omaha show, all you really need to know is this will be an excellent and memorable show by musicians who represent several generations of great talent nurtured by the Zoo Bar scene.

Performers scheduled include Sean Benjamin, who is an accomplished Lincoln guitarist who played with Boehmer in Little Jimmy Valentine & The Heartmurmurs and Not All There. Boehmer’s oldest son Jeff Boehmer is also co-owner of the Zoo with Pete Watters. Like his dad, Jeff Boehmer plays bass, both with Lil’ Slim Blues Band and Tijuana Gigolos, and he is part of this Lincoln all-stars tribute. Also performing is Dave Robel, who first played the Zoo in 1973 and currently drums for the Tijuana Gigolos. Bassist Dave Boye also has roots going back to the Zoo’s early years. Shawn (Lil’ Slim) Holt, Josh Hoyer, Kris Lager, John Fairchild and “fourth generation” Zoo musician Levi William are also slated to play. Omaha’s Brad Cordle is among the special guests on the bill. See the Sept. 20 edition of hoodoorootsblues.blogspot.com for more on several memorials and efforts to honor Boehmer’s life and his contribution to the Eastern Nebraska blues scene.

Don’t miss the Playing With Fire fundraiser next Friday, Oct. 12, at Slowdown. The triple bill kicks off at 7:30 p.m. with Tommy Castro & The Painkillers, followed by soul-blues vocalist Curtis Salgado and Joe Louis Walker. The $35 ticket is a bargain for this night of internationally recognized blues stars. See playingwithfireomaha.net.

Dr John and the Blind Boys of Alabama hit the Bourbon Theatre for what is sure to be an amazing show Saturday, Oct. 20. See bourbontheatre.com.

Lincoln musician Josh Hoyer is working on a new band project and retiring his Sons of 76 band with one last performance Friday, Oct. 5, at the Zoo Bar, 9 p.m.

Mezcal Brothers shake it up at the Zoo Friday, 5-7 p.m.