Josh Hoyer believes in the power of music. And in the last two months, his music has catapulted him onto TV sets across the country as part of “The Voice” and through a month-long European tour.

“To find solace in music is the closest thing to religion, other than being submersed in nature, that I have ever experienced,” Hoyer says. “The spirit lives in music. After visiting Europe, the experience further confirmed for me that music transcends all cultural and language boundaries. It is, in fact, the supreme language. As a performer, I rarely feel more alive than when I am playing music. There is a fiery joy that consumes me. When it is really good, I feel no doubt, I feel no fear, I feel the essence of life, and, man, is it powerful. When a group of musicians come together to make something as a whole, and are fortunate enough to have a crowd that wants to have that experience with them, there is nothing more potent on this earth that humans can do together. It’s like a volcanic eruption of love and joy. Hot damn!

“As a listener, music saved my life many times over,” Hoyer continues, “My teens, 20s and 30s all had their times of great despair and confusion. I unfortunately have suffered from depression and anxiety most of my life. Music was always my haven. It was the place I could go where I didn’t feel alone. It often served as my well of hope, served as a place of meditation, served as my reminder of all the good things that I just couldn’t see at the time. As a writer, it would be my ultimate honor to have any of my songs be that for a listener, a fellow human.”

“The Voice” video package that introduced him to America included footage of Hoyer at home in Lincoln with his wife and daughters, working at the Zoo Bar and playing with his band Soul Colossal onstage at the historic club. Hoyer was a favorite of TV audiences, with his “Blind Audition” performance of the classic Chi-Lites tune “Oh, Girl” logging over a million views on YouTube. He ended up on “Team Blake,” with coach Blake Shelton saying “We’re all gonna say that there’s nobody like you on our teams, because there’s nobody like you on the show.”

Hoyer and East Coast vocalist TSoul made a celebration of their “Battle Round” rendition of Wilson Pickett’s “In the Midnight Hour.” The duo’s soulful vocals and exuberance took the live crowd by storm. RollingStone.com weighed in the next morning noting that Hoyer “sang with fire and exuded a natural joy.” But Shelton picked TSoul to continue forward on the program.

Hoyer was on tour with Soul Colossal in Europe during the airing of the “Blind Auditions.” The Reader asked if there is a difference in life before and after “The Voice?”

“There is,” Hoyer says. “Getting off the plane in Boston from our European tour, I was recognized by a woman who is a big ‘Voice’ fan. Pretty funny. The show has a massive reach and I’ve definitely been recognized a bunch more here in Lincoln since returning…Some folks have the impression that I spent a bunch of time with Blake and the other judges…enough to form a lasting relationship. But the reality is that I spent minimal time with Blake and none with the others. I am kind of a private person, so the added notoriety has taken a little getting used to…but all in all, I feel very fortunate to have the opportunity to meet new people and hopefully interest them in checking out what the band and I are creating.”

Hoyer and Soul Colossal were invited to play Europe through an agency called Teenage Head Music. “At first, I thought it was a scam and took the offer with a grain of salt,” Hoyer explains.

“’Goes to show how jaded a musician can become in this business. After investigating and asking 100 questions, I realized they were legit and it would be a great opportunity for us to grow in the European market. They are great guys and are very professional. They have over 400 requests for tours a year, and only book around 20, so it was an honor to work with them. We look forward to returning in August/September of 2018.”

It was Hoyer’s first trip outside the U.S. “I went into it hearing that European music lovers are some of the best in the world. That they love American music and that they treat musicians and artists in general with more respect than most U.S. crowds do.

“The reality of the tour was all that, and more. I was amazed at how music transcended almost all the language and cultural barriers between us and every new city we visited. Often times in America, it is very difficult for a band to go to a new city or market and have a crowd willing to listen and experience new, original music. You often feel a need, or are even required by promoters or venues, to play a certain amount of cover songs to keep the crowd happy. You also often play for four hours and rarely get dinner or lodging. In Europe, the listeners came to experience what you create. The venues by and large fed us nice, healthy meals and provided lodging. The people genuinely wanted to dig into something new and really allowed themselves to participate in a live music event. It was incredible and very validating for me as a writer and performer.

“In Northern Spain,” Hoyer continues, “Every show we played was capped of by multiple encores, requested by the entire crowd boldly singing their soccer chant. It was super-intense and humbling. Those folks know how to live!”

Other highlights included enjoying strong European coffee and sampling fresh octopus in A Coruña, Spain. “Gazing out over the Mediterranean Sea was something I’ve wanted to do for a long time. It was spectacular!”

The Power of Music 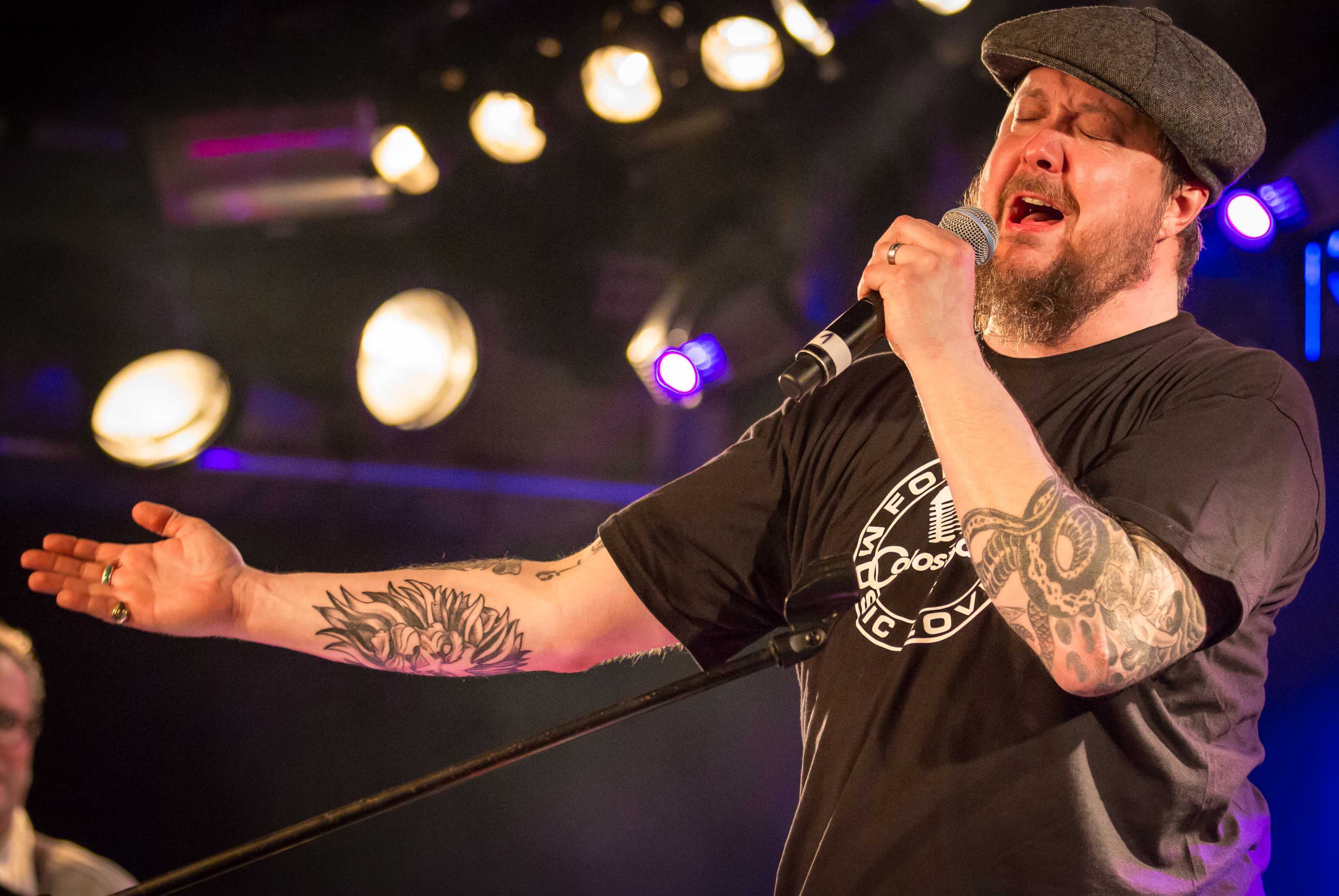 “One gentleman came and saw us in three different cities. He is an architect who has had difficulty finding work in his field and now in his late 50s, is still roofing houses. He said our music gave him a fresh feeling of strength to keep living and that he wanted to see us as many times as he could before we went home. That kind of genuine exchange of spirit and soul is what music is all about for me. We hugged. We raised our fists. We laughed. And said we’d see each other soon.

“At most of these shows, multiple people came up to us, and in broken English, told us how special the experience was for them and how it made them happy. Every place we played enthusiastically asked us to come back. I soaked up all that love and took it home with me. It was incredible.”

Hoyer hopes the exposure and interest generated by “The Voice” will help him land major artist management and a solid booking agent. He’s working on new songs and expects to release the band’s next album in 2018.

If there was a downside to the time in California with “The Voice” or the European tour, Hoyer confides, “it was heartbreaking” being away from his wife, Sarah, and his daughters, Avalee, age eight, and Clara, age three, for so long. Hoyer cites his wife and his parents as his biggest personal inspirations.

In “The Voice” video that introduced him to the world, he brushed away a tear, concluding, “I wanna show my girls that if you believe in yourself and you work hard enough, good things can happen.”