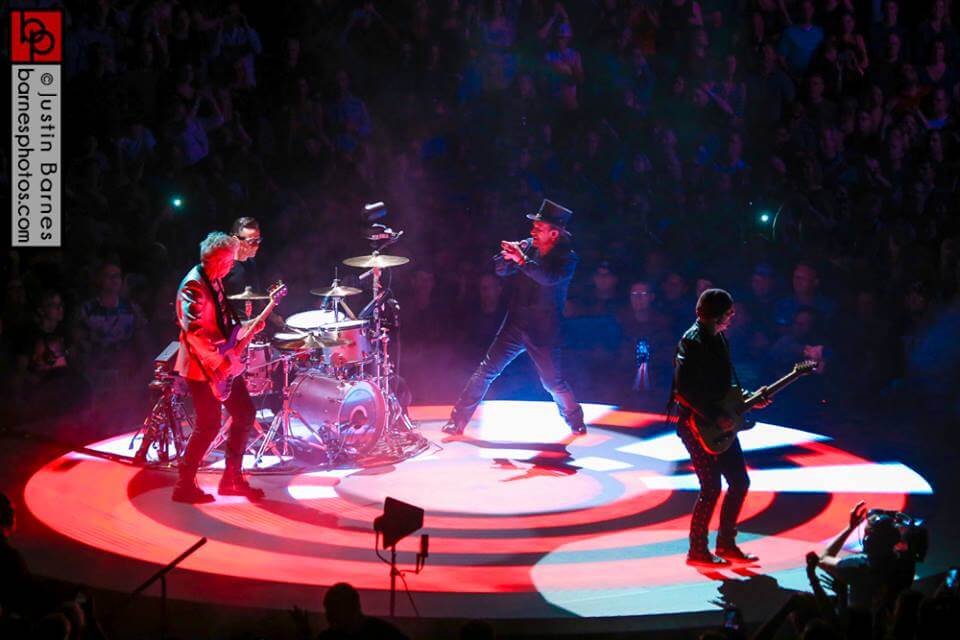 Innocence and Experience were the theme of the night this past Saturday when U2 took to multiple stages within the Century Link Center.  Focusing on songs from their past two albums Songs of Innocence and Songs of Experience, the band told stories of upbrining, losing innocence and gaining experience.

U2’s ambitious stage set up found them on a main stage, a smaller intimate stage, inside a massive cage/catwalk/digital screen and on various individual stages throughout the arena. The show was meant to be immersive reaching everyone no matter where they were seated or standing.

On the floor many times the stage set up would put the band members right in front of us and blocking off much of the arena creating an intimate experience momentarily for us. When the band was in other places, the story playing out on the screen through the live performance and animation would have to do. Comparing my “experience” with others in seats found very different take aways. For example I thought the stripped down version of “Sunday Bloody Sunday” fell flat, where it was an emotional highlight for most that I talked with. 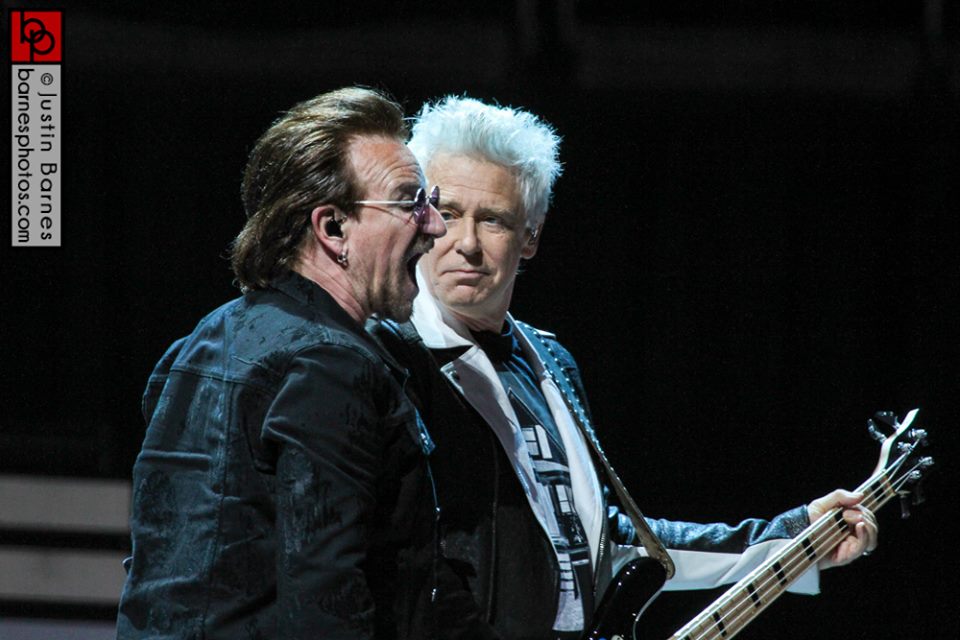 Musically, the performance was made up of many highlights. The songs from “Innocence” and “Experience” came off strong live, especially the acoustic “You’re The Best Thing About Me”, the urgent rocker “American Soul” and the catchy “Get Out Of Your Own Way”.  The show was light on the 80’s anthems and eliminated the Joshua Tree album completely, as they just toured the world celebrating the 30th anniversary of that album. Instead the fist pumping and danceable moments in the show came courtesy of songs from the second half of their career such as “Elevation”, “Beautiful Day” and “Vertigo”. These songs hold up live as well as anything they may have left out of the set on this tour. Early fans were treated to straight forward versions of “I Will Follow” and “Gloria” performed without any video distraction. The acoustic “Staring At The Sun” and never performed before this tour “Acrobat” were two other highlights. 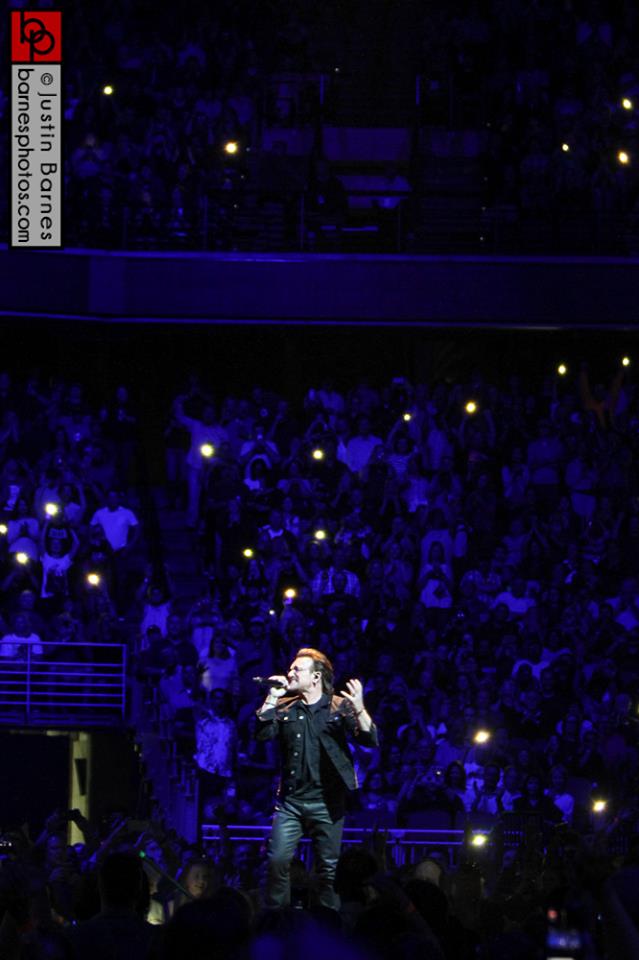 In the past thirty years U2 has gone back and forth with trying to integrate technology into their shows and trying to play the rock band that is playing in front of you at the pub. It feels like they were tying to do some of both on this tour with more of an emphasis on technology and storytelling than being a rock and roll band. Whether one of those was a better “experience” or not probably came down to where you were sitting.

To view more photos of the performance visit our photographer’s Facebook Page.