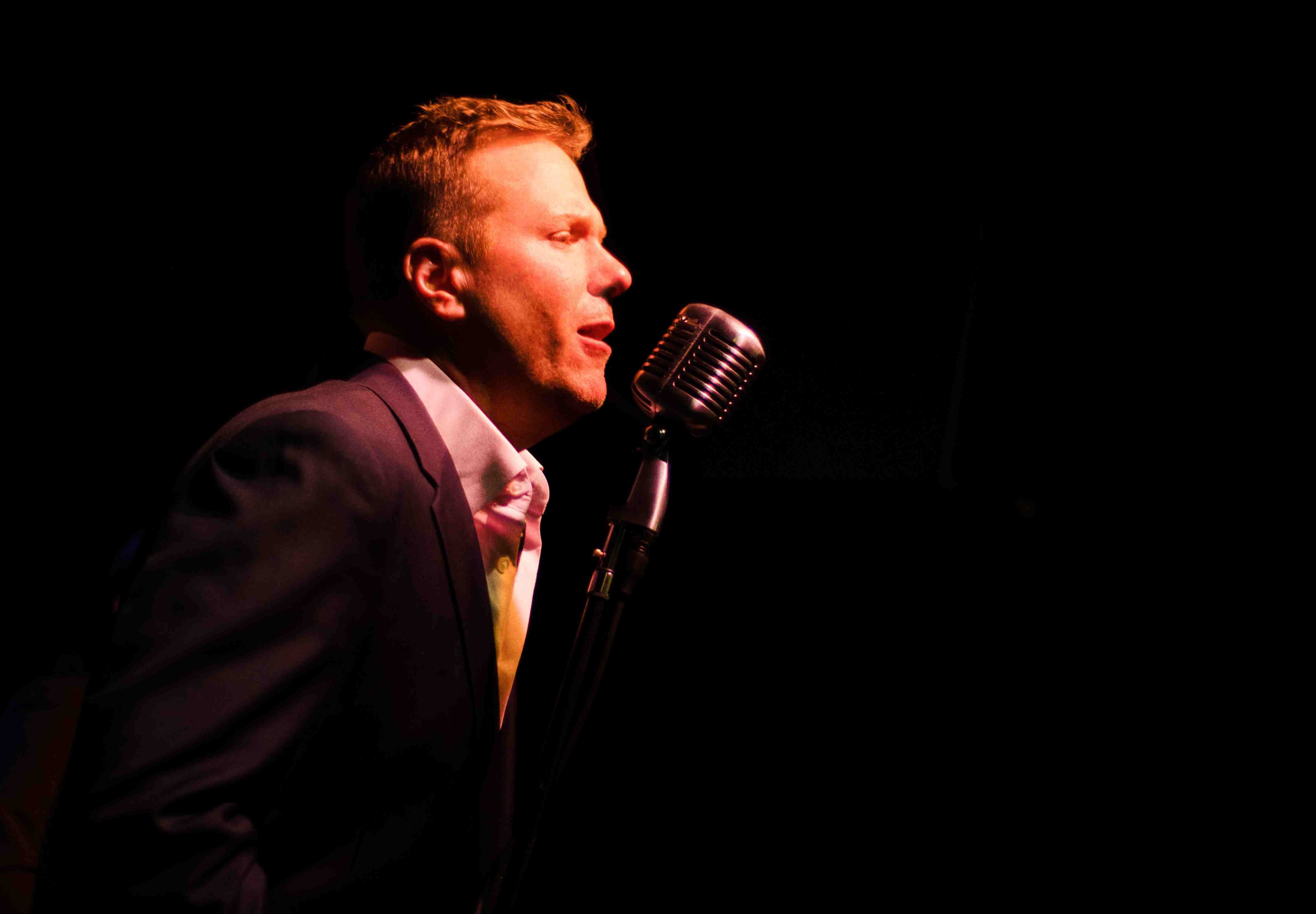 Johnny Boyd is the sweet, crooner vocalist who was at the center of 1990s swing band Indigo Swing’s distinctive sound. That ensemble was one of the clear standouts of the ’90s swing revival and was seen often at the now-defunct Omaha swing venue The Stork Club. These days Boyd is based in Portland, Ore., and is still making music rooted in swing but expanding to celebrate all kinds of American music: swing, jazz, torch, jump-blues, pop, country, gospel and vintage rock. Boyd’s stellar, crooner-style vocals are framed by amazing musicians whose musicianship stands toe-to-toe with Boyd’s vocal prowess. Expect a mix of fan favorites from the Indigo Swing catalog and material from Boyd’s solo releases, along with a preview of his upcoming 2016 release, Someday Dreams Of You. The music is sweet, swingin’, filled with heartfelt perfection and, above all, fun. See johnnyboyd.com. Join the party with Boyd and his band at The Reverb Lounge, Tuesday, Sept. 8, 8 p.m.

Doug Deming & The Jewel Tones featuring Dennis Gruenling tear it up at The 21st Saloon Thursday, Sept. 10, 6 p.m. This band is another real personal favorite whose jump-blues is rooted in artists like T-Bone Walker and Wynonie Harris. Doug Deming is one of the best jump-blues guitarists going with a sparkling, joyous sound. Dennis Gruenling is a harmonica player who teaches Hohner master classes and clinics. His meaty harmonica style makes him “easily the peer of Musselwhite, Piazza, Hummel, Estrin, Wilson, etc.,” according to Dr. Blues. See reverbnation.com/dougdemingdennisgruenling.

Music News Nashville observes, “Like World Champions…musicians Dennis Gruenling and Doug Deming are individually great talents who are even better when they come together as one of the most prolific duos on today’s contemporary American Blues scene.”

Twangville.com says of the new record, “Harmon’s soul-blues style is a throwback to the post-World War II era in the South when African American musicians blended familiar blues forms with the popular rhythm & blues sounds popular in the North…[while extending] beyond standard blues music themes to touch on Harmon’s heartfelt concerns about social justice, taking the blues form back to where it started – as an outlet for expression about challenging living conditions.”

A longtime sideman for soul-blues greats who turned session musician before going solo, Harmon is an audience favorite. See zacharmon.com.

Playing With Fire promoter Jeff Davis presents another special musical event, Music for the City, Sunday, Sept. 6, at the River City Star tented pavilion. Davis hosts Canadian artist Andria Simone & Those Guys plus Australia’s Freeway and Nebraska’s own OK Sisters. Muaic begins at 4:30 p.m. Admission is free, a free-will donation will be collected. No outside food or drink, there will be an onsite food vendor and beverages available for sale. Lawn chairs will be permitted only in designated areas. For all the details see playingwithfireomaha.net.

Simone is a highly praised vocalist with roots in soul music and singers the likes of Janis Joplin, Tina Turner, Nina Simone, Aretha Franklin, Etta James and Amy Winehouse. The Toronto-based band has been chosen to play festivals in France and the U.K. For more info and music clips see andriasimone.com.

There is lots to do this weekend including the first ever Benson First Friday Femme Fest. The event is a celebration of women in music. It is a Beckstraordinary Production, in conjunction with Benson First Friday, E3 Music Management and X-Rated: Women In Music. The evening kicks off with hosts All Young Girls Are Machine Guns plus Omaha Girls Rock and guests Sassafrass at 7 p.m. at The Waiting Room Lounge. From 8 p.m.-1 a.m. there will be multiple bands at participating venues with one common denominator: each band has one featured female performer. Performing are 45 bands/musicians from the Omaha and Lincoln area, with guest La Guerre from Kansas City, and guests American Pinup from NYC.

The venues are The Waiting Room Lounge (all ages), Sweatshop Gallery, Barley Street Tavern, Burke’s Pub, Reverb Lounge, Pizza Shoppe Collective (all ages), and The Sydney. A $10 wristband gets you into all venues.

The Blues Society of Omaha (BSO) hosts the fifth annual Nebraska Blues Challenge in September and October. The deadline for bands to register is Sept. 8. More information can be found in the press release at omahablues.com. Interested bands must contact coordinator Michelle Olmstead, 402-658-5737, before Tuesday, September 8, for rules and registration forms. Preliminary rounds will be Sept. 13, Sept. 20 and Sept. 27. The highest scoring band from each round will advance to the three-band final October 4. (Note the Finals date change to October 4.)

All dates are Sundays. All events take place at The 21st Saloon, 96th & L. For updates watch omahablues.com and Facebook.com/BluesSocietyOfOmaha. The winning band represents the BSO at the Blues Foundation’s International Blues Challenge in January 2016. See blues.org.

The annual Cowtown Jamborama kicks off next week with a Thursday night welcome dance at House of Loom Sept. 10. Omaha Jitterbug DJ’s will be spinning Duke Ellington tunes for the monthly Sugarfoot Stomp. Jamborama runs Sept. 11-13 with dance classes, workshops and evening social dances featuring live jazz/swing music from Omaha, Denver and Seattle. Guest teachers are on hand to teach tracks from beginners to advanced. Admission prices range from a full weekend pass to individual classes to dances only. See jamborama.com for all the details and the schedule of classes, dances and live musical performers.

A group of Omaha music fans have been busy this year cooking up a home-grown radio station by Omaha for Omaha. RadiOmaha officially launches Sept. 7 at radiomaha.com. Organizers are “local radio professionals, local music experts and local music aficionados” according to the press material, who have been working hard behind-the-scenes to create this unique internet-only station. Organizers promise that “listeners will hear alternative, indie, classic deep cuts and lots of music from local area artists. Most of the music heard on RadiOmaha is not being played on any other local station.” There will be blues programming too.

RadiOmaha recommends using the Tunein App. Until the Sept. 7 launch, the site is running featuring the top two categories of music, so you can check it out now. Full Disclosure: you’ll find my name and photo among the contributors, at present I’m not actively involved, but hope to eventually contribute “live” reports highlighting what’s going on from the Hoodoo perspective at local venues.

Mark your calendar now for a couple of great upcoming September shows. The one and only rockabilly siren Kim Lenz, also a veteran of old Stork Club gigs, is back with a show at The Reverb Lounge Wednesday, Sept. 16, 9 p.m. See reverblounge.com.

Omaha’s own Matt Whipkey, who has been opening shows for Dwight Yoakam, was featured in a recent online edition of the roots publication No Depression. Check out the Aug. 30 article at nodepression.com/article/matt-whipkey-it-was-conor-oberst-bruce-springsteen-and-wilco.