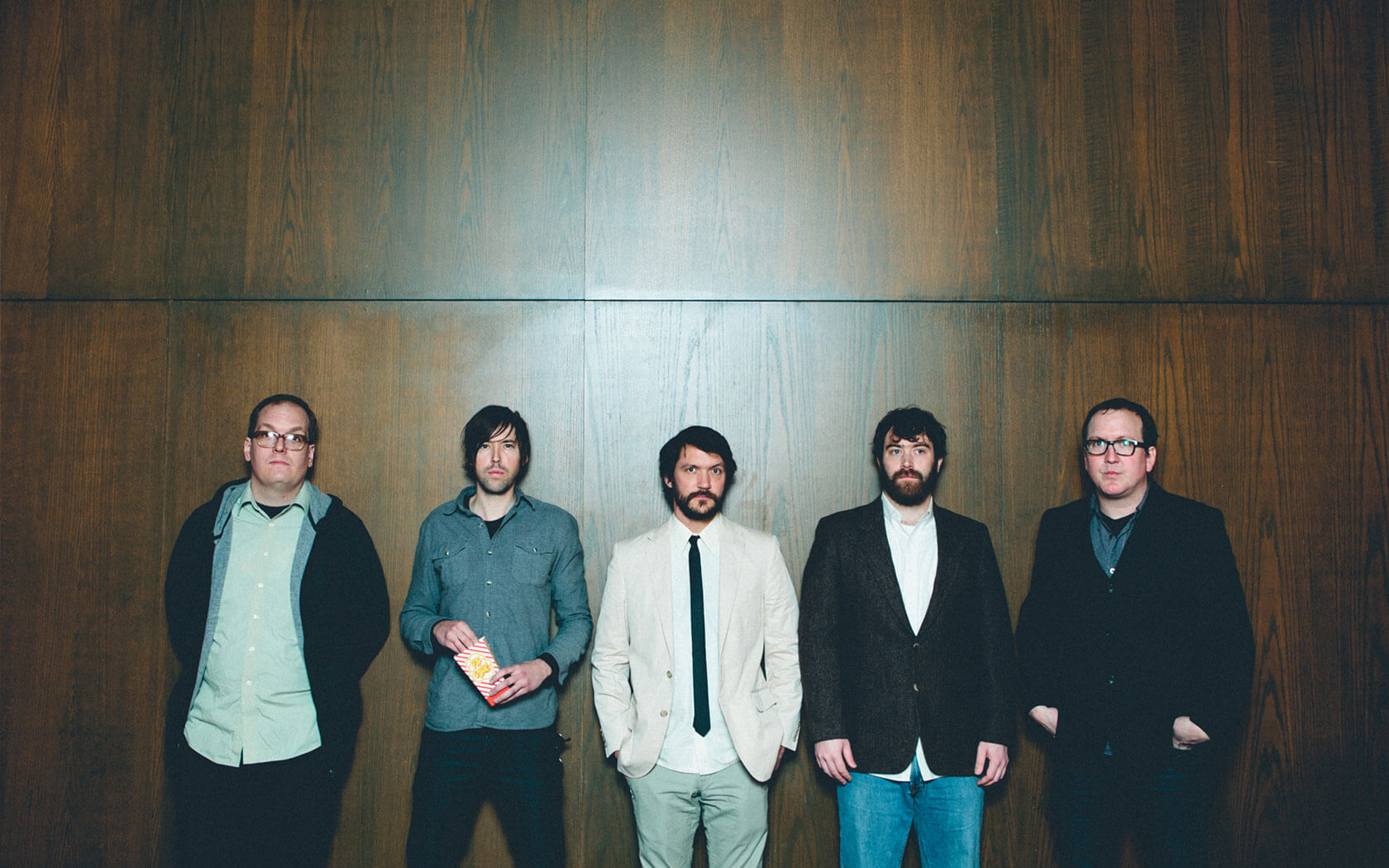 You might not know it but it’s been a busy year for Cursive. No, they haven’t released a new album (relax). They haven’t even released a new single. Instead, the Omaha group have spent the past year making the move from Saddle Creek Records to their very own label, 15 Passenger.

I ask frontman Tim Kasher if the label was named for a particular van that the band holds close to their heart. “We’ve had a couple iterations,” Kasher chuckles over the phone while talking to me from his home in Los Angeles. “There have been a couple 15-passenger ones and even a 12-passenger that Matt [Maginn, the group’s bassist] just drives around sometimes.”

To celebrate the move to their van-inspired label, the band is reissuing remastered versions of their first two albums, 1997’s debut Such Blinding Stars For Starving Eyes and 1998’s The Storms Of Early Summer: Semantics Of Song, on December 1. 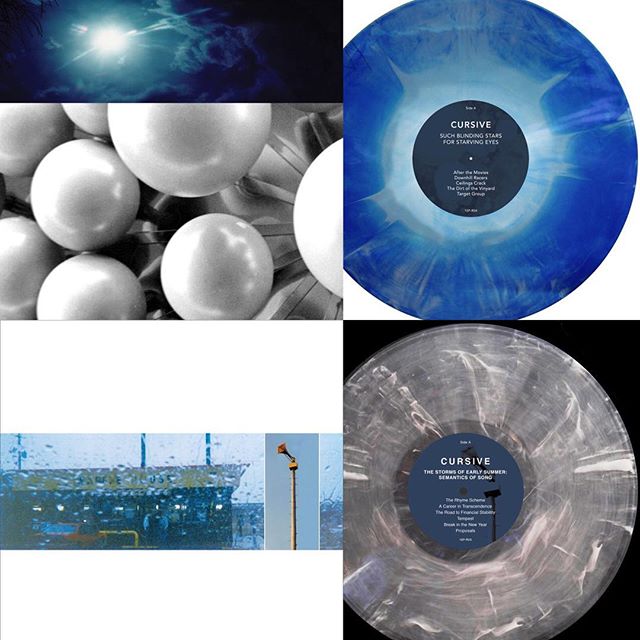 (The vinyl editions will be limited to 2,000 copies and printed on 180-gram, two-color records: Stars (on top) will be blue with a white starburst pattern; Storms will be clear vinyl with a white swirl/smoke pattern)

The creation of the new label marks a big change for the group. Up until now, Cursive have released all of their albums, with the exception of Stars, on Saddle Creek Records. That might lead you to think that the two parties have grown estranged after all these years. Kasher assures me that nothing could be farther from the truth. In fact, he has nothing but praise for his old label and says that they provided him with the model of how a label should operate. “We started putting out stuff with Saddle Creek early on in their existence and got to watch them figure it out as they went along which was a good education on how to do things,” Kasher tells me, going on to say that he really appreciated the familial feel that Saddle Creek provided.

Instead, the main reason for the switch was so the group would have more control over their own catalog. “That’s definitely where it started, but we also want to release stuff from artists we like,” says Kasher. When I push him for details on any other upcoming projects he remains tight-lipped. “It’ll probably make for a boring article but we’ve got a few other things planned that we haven’t announced yet.” Until then, Cursive fans can still treat themselves to the newly remastered reissues of Stars and Storms.

Those reissues were placed in very capable hands of Ed Brooks. As a longtime engineer, Brooks has worked with every type of band imaginable: arena rock legends (R.E.M. and Pearl Jam), modern alternative favorites (Fleet Foxes and The Decemberists), and buzzy indie acts (Screaming Females). I ask Kasher about working with Brooks, who also worked with the band on The Ugly Organ and I Am Gemini, about the remastering process. “Matt’s really been the one that’s been working with Ed more than me,” Kasher tells me honestly. “I mean he did a great job working with the Ugly Organ remasters so it just made sense for us to keep going with him.”

Despite not working directly with Brooks on the remasters, I’m still curious as to what Kasher thinks of the records 20 years later. “I think they were the most Cursive records we put out if that makes any sense,” Kasher responds. “On Blinding Stars, we’re still trying to find our sound, but Storms is the basis for everything else we did after that.” In essence, those first records set the blueprint for the Cursive sound: the squalling, emo-tinged guitars, post-punk inspired drumming, and Kasher’s nasally wail. “Obviously, we don’t want to make the same record over and over again, so we try to find interesting variations based off of what we did on those first two records.”

I ask Kasher, who released a solo album entitled No Resolution in March of this year if there is any difference between writing for Cursive and writing for himself. “When I’m writing for Cursive I’m looking more at vocal melody or a good riff and stuff that will work with the group whereas solo stuff it’s usually just me with an acoustic guitar or sitting down at a piano,” he tells me. “Writing for Cursive is definitely more difficult but it has its own unique things that I value about it.”

Switching gears, I direct the conversation back to the label, which seems like a risky proposition in the increasingly digitalized world of music, a sentiment that Kasher echoes. However, he argues the risk goes both ways. “We’re a new label and still figuring it out so I can see these guys looking at it as a risk to sign with us,” says Kasher. “At the same time if it’s a new band we’re signing we’re taking a chance on them and hoping that they succeed.” 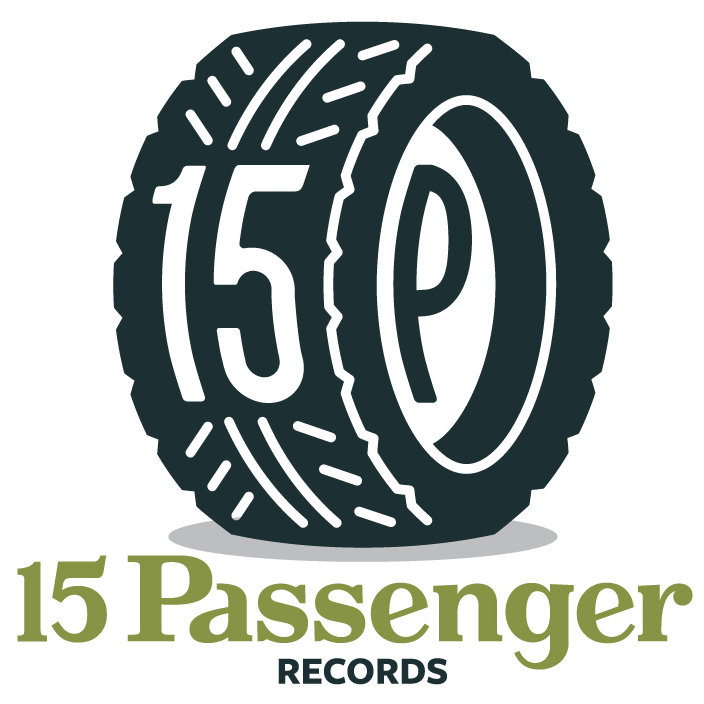 I go a step further and ask Kasher if there is even a place for labels in today’s marketplace. “Yeah, I think so,” says Kasher. “I’ll look at a label like Polyvinyl or Jagjaguwar and see that there’s a new artist on their roster and I’ll be much more inclined to listen to them than I would some random band playing at a bar on a Monday night.”

For Kasher, the label still functions very much as an arbiter of cool, a gatekeeper if you will. Kasher tells me that mindset extends to how they choose artists they want to work with. “There’s not a whole lot of financial incentive for us, it’s more about putting out music that we really enjoy and believe in, stuff we think is cool,” states Kasher. It’s a refreshing approach in an industry that’s become increasingly driven by streaming numbers.

To satisfy the Cursive faithful, I end by asking Kasher if the band has anything planned for the near future. “Nothing is planned as of yet but we’re looking at being active sometime next year,” Kasher tells me. With all that’s been going on you can understand his need to sit back, relax, and enjoy the good life for a minute.