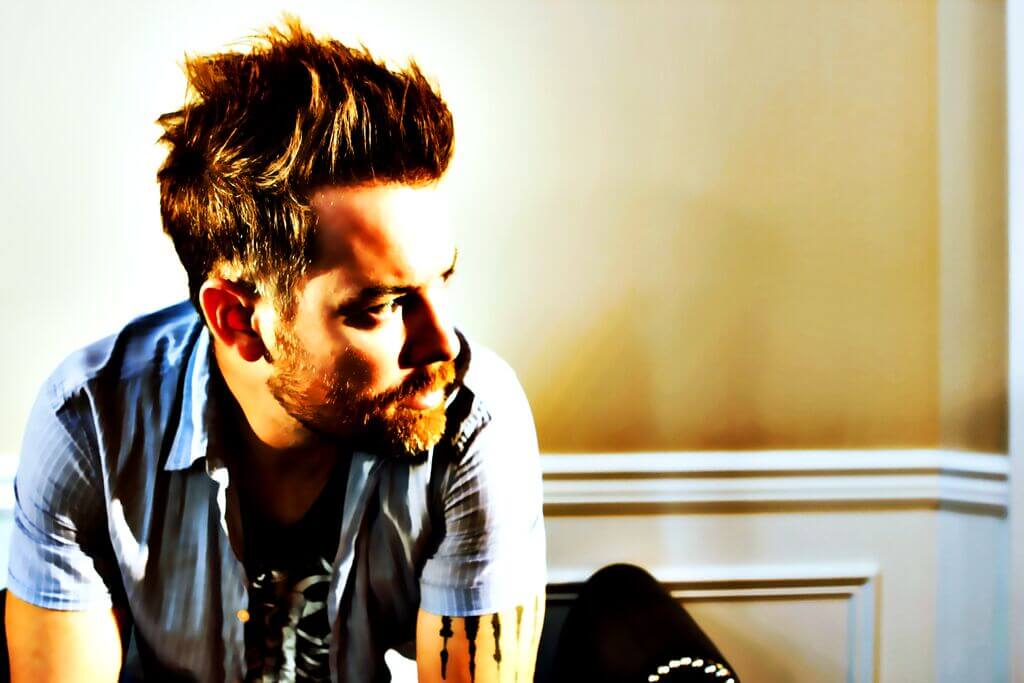 “The first time on stage I’m 90% sure I threw up, so I’ve gotten that under control,” David Cook stated in reflecting on his first stage performance in comparison to how he performs on stage now. “It’s an experience ya know? It is the gamble. On stage, everything can fall apart, but that’s why I love live music.”

David Cook released his latest album, Digital Vein, in September. His fans waited in anticipation for four years. With the tour underway, Cook will be stopping in Omaha and The Reader was able to snag a phone interview. The lead single on the album is “Criminals,” but Cook doesn’t play favorites with this album. “My favorite song changes on a night to night basis – I’m sure my record company wants me to state the hit track, but lately it’s been the song ‘Heartbeat.’”

This is Cook’s fourth studio album and although it has a connection through the name with his last independent record, Analog Heart, Digital Vein shows Cook’s personal and musical growth. “Each album has its own identity and snapshot of where I am musically. This one is different. I still have rock elements in my music. But then there’s the jazzy piano tone to them. With albums and music, it’s all about trying to get to the finish line that’s never there.”

Digital Vein was created in Cook’s home studio and he stated he couldn’t recall ever having more fun making an album. But, why? “Because I needed it to be. My last record just wasn’t what I expected or wanted. I had such a grand scope for that record and it involved a lot of work and with personal stuff, my brother’s passing, I wasn’t producing anything. I started Digital Vein not sure if I was going to finish the project and luckily for me I did and the success it has had has been great.”

Cook moved to Nashville in 2012 and with the change and pressure released with this project he has been able to focus more. “It’s been nice. A way for me to refuel the tank a little bit and enjoy music a bit more.”

Looking back at his career with the success of the new album and the tour, Cook states, “This in-house project Digital Vein has not only been the songwriting and producing and all that, but being out on the road for these people and to get their response, to be able to have the crowds we’ve had, it’s been incredible.”

The American Idol Season 7 winner auditioned in Omaha at what was then the Quest Center, The Reader informed Cook it had been renamed to the CenturyLink Center. A name difference did not change the sentiment Cook has. “There will always be a great connection with the city. It is where my idol journey started and I love going back there and we have gone and played there before and we have played good shows with good crowds. Omaha has set the bar pretty high because of that and I am looking forward to playing there.”

If you have yet to listen to the album or any of the songs, you are definitely missing out. Cook produces a calming urgency to get the lyrics out. It’s like when you have a thought you don’t want to lose because it’s so good. His sultry tone starts low in each song and builds smoothly to the powerful musically talented voice you know as David Cook. My personal recommendation is his cover of “Wicked Game.” He begins in a deep capturing voice and somehow manages to work his way into a falsetto that hits the notes in a crushing, “awe, yes, that is how I feel!” sort of way. You can also find me hitting replay on the lead single “Criminals.” Don’t forget to tune in to Cook’s favorite-for-the-moment “Heartbeat.” Oh, and you have to listen to “Home Movies (Over Your Shoulder).” Okay, just listen to the whole album. It is worth it. With its lyrics that bring you in and hold you close, allowing your mind to find connecting memories to reflect on. While you tap your foot against your desk, your head nods and your body sways to the soft building rock beats that will now be stuck in your head for the remainder of the day.

Besides falling in love with the album and coming to the show on Sunday, what can Cook’s fans expect next from him? “Oh God, I don’t know. I know once we get off this tour I will start the writing process again. We will still be going out to support Digital Vein, but my fans have been so patient and loyal, I don’t want to make them wait another four years for another album to come out.”