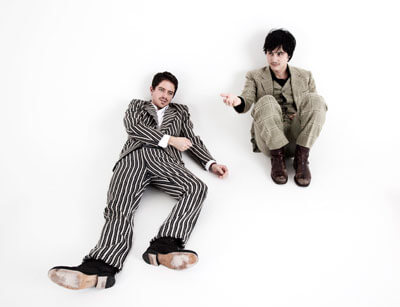 The Dodos are back to being a two-piece band and they just finished an album with longtime collaborator John Askew. But this year’s model of the Dodos has a few new angles to call its own. The most apparent thing about the just-released No Color is its directness, starting with opening song “Black Night”. The album is a sprightly, nimble and brighter than anything the band has done. And on “Going Under,” the Dodos reveal their other new wrinkle — backing vocals by indie chanteuse Neko Case. Dodos singer/guitarist Meric Long says it’s an opportunity that arose out of touring with indie-pop super group the New Pornographers, of which Case is a member. The entire summer tour with the New Pornographers put the Dodos in front of an unconverted audience. “That was a chance to try a lot of new material live, (including) stuff that wasn’t even finished,” Long says. Case would come out and sing on a couple Dodos songs on the tour. At the last Dodos/Pornographers show at Chicago’s Lollapalooza, Long and Case were talking about what they were doing during the next few months. The Dodos were about to enter the studio to work on the new album. Neko Case had scheduled some free time. It was a case of kismet. “I just popped the question,” Long says. Long says in writing new songs it had occurred to him that having a female voice on some of them would be great. Until asking Case that night, Long had no particular person for contributing those vocals. While Case adds an extra layer to the band’s sound, the rest of the record was really all about Long, drummer Logan Kroeber and producer Askew. After working on Time to Die with Shins producer Phil Ek, the band were feeling nostalgic and wanted to work with their friend again. Long says Askew came into the record with a new perspective as well, having worked with several other bands since recording the Dodos breakthrough Visiter . When it comes to recording, Askew is as close to a band member as a producer can get. “He was very instrumental in helping us figure out how to record this band,” Long says. While the Dodos were down to a two-piece, they decided they needed to spend ample time recording the record. The total time spent making No Color was two months. “We scheduled more time to do this record than we ever had,” Long says. The first two Dodos albums only took about two weeks each, while the sessions for Time To Die also fell short of the time taken for No Color took. Askew and the band focused on making the record sound really energetic, in order to capture the heavier side of the band. It’s definitely the hardest they have worked on an album, Long says. And in the hard work, he says the band has captured a collection of songs that is distinctively Dodos. “This record is more us than any record we’ve done,” Long says. The heavier sound of the record will also have an effect on the live show. The band is touring with a third member, who will also be playing electric. The set-up is pretty new for the band, Long says. While Long is waiting on visa issues to clear, he’s not saying who the third member is, although he will say it’s a Canadian who was in a band that recently broke up. Super secret stuff, to be sure. Also, Long will be going the Dylan-at-Newport route, swapping his acoustic guitar for an electric one, during this tour. Until full-fledged rehearsals started a couple of weeks ago, Long had never really played electric guitar. He says he likes how the sound is coming together and he’s enjoying adding electric guitar parts to old songs. Still, he wonders if people are going to miss the acoustic. “It’s really more of a rock band now,” Long says. The Dodos w/ Reading Rainbow play the Waiting Room Lounge, 6212 Maple St., Tuesday, March 22 at 9 p.m. Tickets are $12. For more information, visit onepercentproductions.com.