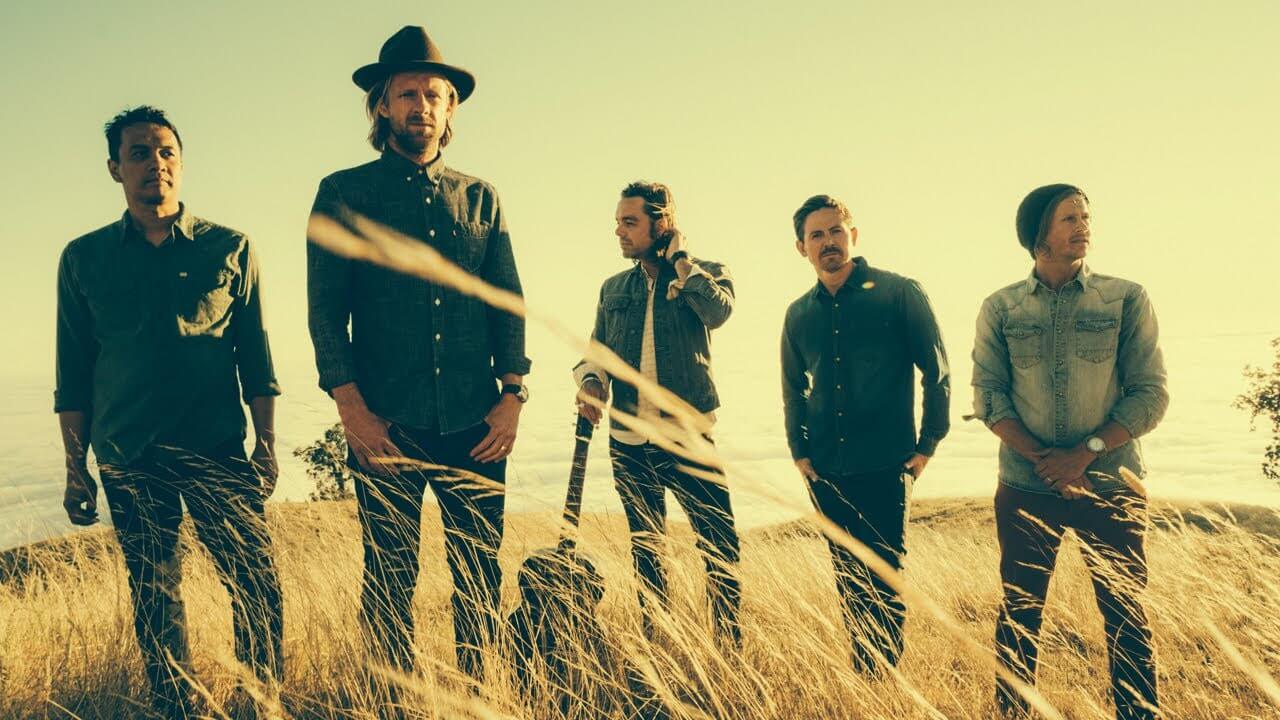 For San Diego-based Switchfoot, getting caught up in the label of being an “alternative” band or “Christian” band is much less important than the message. They’re in the midst of a Tour de Compadres with NEEDTOBREATHE, Drew Holcomb and the Neighbors and Colony House and will be hitting Sumtur Amphitheater next Thursday. The Reader got to chat with guitarist Drew Shirley last week, just before their annual charity event.

The Reader: So, the band has been going for nearly 20 years and you’ve been with them for over 10. What have you seen change in that time and what’s stayed constant?

Drew Shirley: Good question. You know, there’s been a lot of change in the music industry. We’ve seen it go from record sales deciding the success of a band to the record sales crashing because of downloads to now all the streaming music services that are offered and a whole shift in how bands make money and how they promote. All that has changed and social media and websites have become the way people follow things. Radio stations are actually not as important now; that used to be the way that anybody made it big. You know, you heard it on the radio. Now you can really search out new music online so effectively. The whole industry has changed. What hasn’t changed is that music affects people, it moves people. It is important to people, it changes people. It links us to emotions, to important events. You know, when you hear a song, you think back and go, you know, “oh man, my old girlfriend!” [laughs] You live your life and music is your soundtrack. We feel that way personally and we give that to people. The way music gets to people has changed drastically but what music actually does to people hasn’t changed.

Reader: How would you say you’ve changed personally since you first joined the band?

Shirley: You know, I think when we first started out we had sort of a quirky kind of angst. Some of our songs were sort of all over the map and we wer still finding our voice. I think since then Switchfoot has really found its voice. We found a reason and an importance, important things to say. We found our anthemic, more mass-appeal sound. We get all ages, different countries and places. I think a big part of that is us being able to craft songs. It takes a while to figure out what you have to say, you know? To learn how to craft how to really get to people’s hearts. We’ve grown in that. We’ve been doing it a long time and the song writing and recording is something that we’ve really tried to focus on.

Reader: Continuing on that “mass appeal” thing, how does a band that is technically “Christian rock” extend to have that universal message so that people inside and outside of the faith connect to it without feeling like they’re being preached to?

Shirley: Well, we write songs for all people. We don’t write to Christians only. We never have and we never will. We want anyone who likes music and likes our music to feel welcome to listen. How is a good question and I think that’s something that we not purposely try to do. I think it’s just built into who we are as a band and who Jon [Foreman] is as a songwriter. He’s not a boring songwriter. He writes in stories and personal experiences and a languaage that people can relate to. I think a large, large part of that is just…honesty. If you write a song and it’s just honest, honestly what you’ve gone through and honestly what you’ve felt and honestly what you’re feeling…people relate to that. I mean we’re all different as people but when you’re honest, something just clicks with other human beings and they just go “wow, I’ve been there” or “wow, I’ve felt that.” I mean, as humans it’s universal. We’re all one in that we all feel love, all the emotions of pain, sorrow, angst…that’s universal. So when an artist writes an honest song, that’s the best.

Reader: I can definitely agree with that. So what got you started in music? Did you ever realize this was what you wanted to do or did it just kind of happen?

Shirley: Well, my mom was a music teacher growing up so I started piano at a young age. I had to practice piano before I could go out and play soccer. [laughs] I started out not liking it and ended up loving it. I was always around music with my mom because she was a choir teacher, music teacher, you know. I did not know that I would be a professional musician for my career. I had no idea I would be doing what I’m doing today. That was kind of just a path that unfolded in front of me. I just kept taking one step in front of one step and things unfolded until here I am, I’m a professional rock musician. That’s not something I take for granted either. I think it’s half luck. You have to be able to take the opportunities in front of you. You know, I don’t know why I’m a professional musician and some other people aren’t. There are some really really talented people who never make it and there are some people who are just okay and they make it really big and I don’t know why that is. [laughs]

Reader: So, I understand that you guys are having a big day on the 11th. Can you tell me about it?

Shirley: We have a HUGE event going on on the 11th. It’s called the Switchfoot Bro-Am and this is the 11th year of us doing it. It is a charity event with music on our hometown beach in San Diego. It’s all to benefit the Bro-Am Foundation, which gives all the proceeds to at-risk youth and kids who need it. We started this thing and had no idea it would grow to be such a big event. About 10,000 people come out, we have fans come out to play. NEEDTOBREATHE, The Foo Fighters, OK Go!, Young The Giant…It’s the best day of the year for us, really. We get to see our whole town and we give all the money away. The bands play for free, it’s a free event and it combines the two things we love the most: surfing and music. The community really took ownership of it and made it an event so much bigger than we ever could have imagined.

Shirley: We are actually working on demos for our next album! This will be our tenth album that we’re recording right now. We’re doing demos, we’re in the studio we own in San Diego and we’ve got some ideas down already. We’ve got some really cool-sounding stuff already. And I also have four side projects.

Shirley: Well, I shouldn’t call them side projects. They’re my kids. [laughs] So, yeah. I’m the dad and the husband and that takes a lot of fun and focus and energy as well. We stay really busy. We’re doing the tour with NEEDTOBREATHE which will be coming through all this summer and and then we’re doing an international tour this year. We’re going to be going places where the troops overseas are for a tour. We just got back from India and Australia. This year is crazy and better than it’s ever been on all fronts. I’m actually just realizing it talking to you now but it’s like wow, this is a pretty amazing year to be in Switchfoot.

Check out Switchfoot online and learn more about Bro-Am’s charity work in California and abroad at their website.Switchfoot will be playing Sumtur Amphitheater July 23. Tickets are $36 and you can get them through Ticketmaster. The doors open at 5:30.