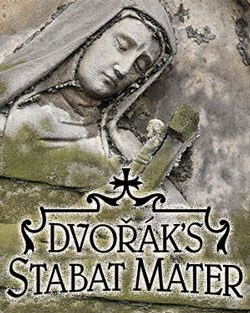 Antonin Dvořák’s Stabat Mater is considered world-wide to be one of his major achievements and a beautiful and stirring evocation of centuries- old rites of mourning along a path to peaceful acceptance. Relative to other masterpieces of the same inspiration, the Czech composer’s is often called the most symphonic.

We have a rare chance to become immersed in its flowing lyricism and expressiveness when four soloists and four vocal ensembles merge with the Omaha Symphony and music director Thomas Wilkins for two performances.

During the secular and sacred works- inspired 90 minutes of Dvořák’s exploration, he incorporates the words of a hymn most often attributed to thirteenth-century Franciscan monk Jacopone da Todi. The title comes from the first line, Stabat mater dolorosa (“The sorrowful mother stood”) a meditation on Mary’s suffering during Christ’s crucifixion.

The composer completed this compelling work when he was in his early 40s, deeply moved following the death of his two-day old child. Paul Schiavo’s excellent program notes for the Symphony say that what Dvořák wrote was born of both religious conviction and of personal affliction. And that it established him as an artist of serious and spiritual expression. Adding that the ten movements progress most often in “slow or moderate tempo, heavy-hearted and consoling.”  He also calls attention to a “rich and highly expressive choral tapestry,” ending in “luminous serenity.”