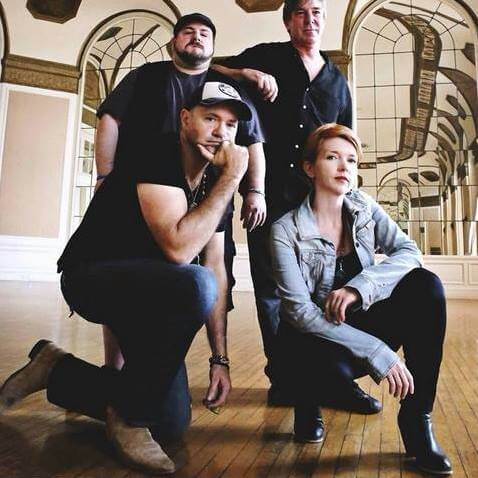 Lincoln’s Zoo Bar celebrates their 42nd Anniversary with a week-long event. Friday and Saturday, July 10 and 11, the outdoor festival heats up in front of the club on 14th Street. The Zoo Bar is one of the nation’s oldest and most historic blues venues.

Headlining the outdoor stage Friday, July 10, 9 p.m., is New Orleans soul-blues legend Irma Thomas. The city itself has named Thomas the Soul Queen of New Orleans. Her storied career has won her fans around the world who hold her in the same regard as more mainstream artists like Aretha Franklin and Etta James. The Grammy-award winning vocalist is celebrating 50 years as an entertainer with a special 50th Anniversary Collection CD of her most popular songs. Take a look at her iconic accomplishments at irmathomas.com.

Arkansas-based Earl Cate’s Earl & Them kicks things off at 5 p.m. Friday. Up-and-coming Alligator guitarist Selwyn Birchwood plugs in at 7 p.m. Josh Hoyer & The Shadowboxers bring it all to a rousing close with an 11 p.m. set.

The indoor schedule is still shaping up as we hit the print deadline. Check zoobar.com for further details and set times. Hoodoo hero Jon Dee Graham & The Fighting Cocks are confirmed for a rare full-band gig Tuesday, July 7. Graham is a writer of life-changing songs and a guitarist of rare ferociousness. He is a three-time inductee into the Austin Music Hall of Fame and an act not to be missed.

Playing With Fire and the Blues Society of Omaha join forces with Donate Life Nebraska to welcome acclaimed blues-rock guitarist Walter Trout back to Nebraska. The Donate Life Blues Fest, Sunday, July 26, marks Trout’s first performance in Nebraska since he received a life-saving liver transplant at the Lied Transplant Center in May 2014.

Trout has resumed touring, kicking off his return with a June 15 show at London’s Royal Albert Hall. The Walter Trout Band performs July 26 along with multiple Blues Music Award winners and soulful blues-rock slingers the Tommy Castro Band. The event benefits Donate Life Nebraska and is an effort to encourage awareness for the extreme need for organ donors. See donatelifenebraska.com for more information on the importance of organ donation or to sign up to be an organ donor. To find out more about Trout’s “I’m Back” tour check out waltertrout.com.

Tickets are available at eventbrite.com. The event takes place under the pavilion tent on the River City Star grounds, 151 Freedom Park Rd., down on the riverfront. It will be a great day of blues, rain or shine. For complete details and other artists on the bill look for the event poster at facebook.com/BluesSocietyOfOmaha.

A veteran of 25 years on the local scene, Omaha blues band Blue House with the Rent to Own Horns celebrates the release of At The Pit July 11, 7-11 p.m. at Waterloo’s Dog House Saloon. See bluehouseblues.com.

The remarkable chemistry of Blind Pig recording artists Peter Karp and Sue Foley does not get spotlighted enough on local stages. They play a special free show at The Dog House Saloon on July 5, 5 p.m. Check out their music at karpfoley.com.

There are just too many great shows going on this month to cover here, including The 21st Saloon matinees and other great shows. Don’t miss out. Please remember to check out the digital-only Hoodoo updates online weekly at thereader.com for more highlights and recommendations.