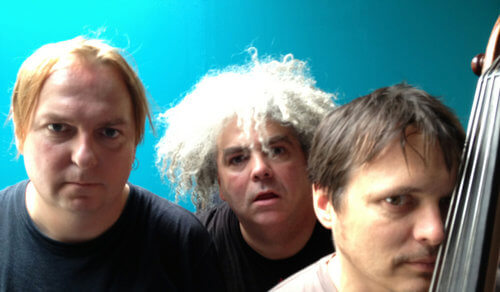 Buzz Osborne of the Melvins has likely never met Adam Brodsky. But if all goes as planned, the Melvins, often unfairly pigeonholed as the progenitors of grunge will find themselves shoulder to shoulder with an unassuming folk singer from Philadelphia real soon. More specifically, Osborne and his band the Melvins are out to take Brodsky’s Guinness World Record for playing the fastest tour away from him. This year, the band plans to play a show in every state every day. Fifty shows in fifty days.

“I meticulously planned this out,” Osborne said, noting that they had to have very specific dates in order to make this a reality. Most bands, when touring, have a rather generous window in terms of scheduling. A day here, a city there, usually with at least one day off during the week. Routing isn’t as big of a deal if your primary goal is to get to Point A by a certain date. This tour does not allow that luxury. You can’t pass up Wyoming, Delaware or Montana simply because a venue’s booked the only date you have open to play in that state.

To complicate matters further, the full-on Melvins (which featuring members of Big Business, who are opening the tour) were going to tour prior to this outing. That meant that while the Melvins could play two shows in a city like New York, Chicago or Austin in a year, they probably wouldn’t be able to draw much of a crowd in a city like Omaha if they came twice in a year.

But after months of planning, the tour’s happening. Melvins Lite, which consists of Buzz, drummer Dale Crover and bassist Trevor Dunn (who plays bass in Fantomas, another band Osborne’s in and a completely different discussion) and openers Big Business will be at the Waiting Room on September 15th.

The Melvins have had an ever-evolving lineup in their almost 30 years of existence, so Melvins Lite is par for the course. The key differentiator in this lineup is Dunn, who plays a standup bass in lieu of an electric one. It sounds a little precious, but it works spectacularly, as evidenced by the lineup’s album Freak Puke, which came out in June.

“I got the idea for the Melvins Lite thing a couple years ago and we tried a few shows with Trevor where we just played regular Melvins songs with a standup bass to see if they worked,” Osborne began. “While we were doing it I realized that playing all fifty states would be doable with this lineup. So I called our booking agent over a year ago and he said ‘You’re out of your mind! This will never work!” And on and on. A couple days later he called back and said ‘That’s a great idea!’” The band and their booking agent then got to work booking all the shows and lining up dates.

While the route sounds daunting, Osborne isn’t too worried, pointing out that most cities are only a few hours apart. And if they don’t end up getting  the record due to van trouble in Texas or food poisoning in Alabama, it’s not a big deal.

“Honestly, [achieving the world record] makes no difference to me,” Osborne said flatly. “It’s not about the World Record. It’s all about doing something crazy. Even if we don’t get the record…nobody’s even tried it.”

He’s the first to acknowledge the transparency of the whole thing. “It’s a publicity stunt. Do you think Evel Knievel wanted to jump all those cars? He didn’t want to do that. If he wanted to do that he’d have done it for free! This is a really good way for us to draw attention to ourselves by doing something crazy and it’s a good promotion for our record Freak Puke. That’s it.”

Those who want to keep track of the band’s progress can do it via the web, as the Melvins will be chronicling the tour via an online blog for SPIN. “Everybody on Earth has a documentary about them. Surprisingly, I have no interest in doing things in a normal way.”

The Melvins with Big Business and Tweakbird perform Sept. 15th at The Waiting Room, 6212 Maple Street, tickets are $15.