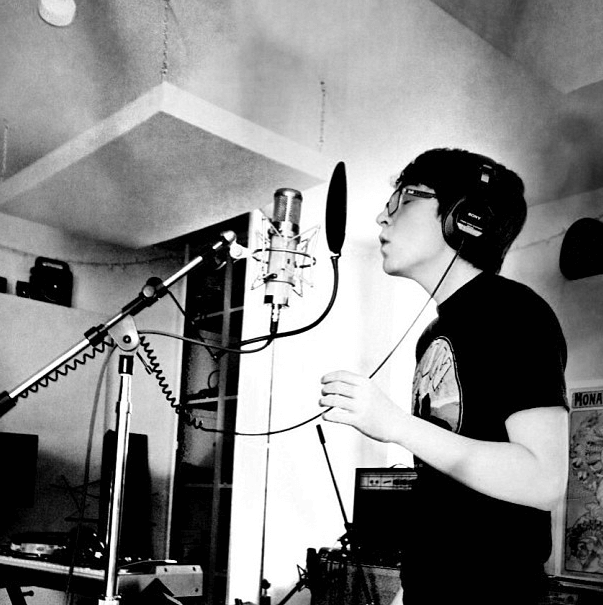 Some people are fortunate enough to know what they want to do in life from a very young age. For Dylan Garner, this was music. He started out with drums, like his older brother (who plays drums on Gardner’s album Adventures in Real Time) before moving to piano and guitar. In addition to playing, he also sing, writes his own music and is an avid devourer of the history and philosophy behind music. If you were to ask him his favorite Ben Folds song, he would be completely unable to pick one and he owns a “Jimmy Page changed my life” tee shirt completely unironically.

Gardner’s breakout album, Adventures in Real Time, co-producted by Jack Dragonetti (The Submarines, Jack Drag), is ten songs full of spirit, energy, and unmistakable influence from his influences, which include The Beatles and Vampire Weekend.

Gardner is signed to Warner Bros. Records and is currently touring with Emily Kinney, who is a Nebraska native most well known for her role as Beth on AMC’s “The Walking Dead.” They will be paying a visit to Omaha June 3, where they will be playing a sold-out show at The Waiting Room.

The Reader: How is being a touring musician holding up to your expectations? What’s better, what’s worse?

Gardner: Well my expectations came rooted from two different perspectives: what I wanted to happen on tour, and what I’ve seen in movies. Would it be like Almost Famous or would it be like what I dreamt of in grade school? Luckily it was what I dreamt of because I’d like to consider myself a sane human being (mostly) along with my bandmates and we know how to take care of ourselves and play fun show after fun show! What’s better than expected is the groove and tightness you get with the band after playing for a while, I’d like to implement that live tightness on future recordings! What’s worse is sleep, of course. I’m not an “early riser.”

The Reader: Your website’s bio says you put a lot of time into studying the “philosophy” behind the musicians who influence you. Which musician or band’s philosophy do you find the most interesting? Which has influenced you the most?

Gardner: As far as the philosophy of legends I pay close attention to, I’d list Elvis Costello, Lou Reed, or Smokey Robinson. They taught me to believe in working with limitations and the process behind record making. They taught me how to live life through failure and success. You watch an interview of Smokey now and he’s just as giddy and humble as he was in 1964, and he has the right to wear sunglasses indoors if you know what I mean. I strive to always have that childlike energy, passion, and love for music, no matter who or what tries to take it away.

The Reader: Do you feel like you’ve finally “made it”? If yes, can you describe the moment you realized it? If no, do you think you can ever reach that point?

Gardner: No I don’t feel like I’ve made it yet. I can continue on why I think that, but to keep it short, I’m only on my first album. To me, “making it” means having a real respected career, which is my goal. I’ll truly know the answer to that question in about 10 years

The Reader: Besides music, what else do you draw inspiration from for your pieces? (Art, film, nature etc.)

Gardner: I draw influence heavily from art and film. Films like “I’m Still Here” and “Punch Drunk Love” inspired tracks on “Adventures in Real Time” as well as works from Warhol, John Baldessari, and Picasso. I was painting my own portraits while writing “Adventures”.Also I was inspired lyrically by books like the Outsiders and Brave New World!

The Reader: Where do you hope to be five years from now?

The Reader: Describe your songwriting process. Do you start with an idea, a lyric, a rhythm in your head? Do you plan a song or let it flow? How long does a song typically take you to write?

Gardner: Sometimes a rhythm is the genesis of a song in my head, but 98% of the time it’s a melody that plops into my head with no explanation on how it got there. I then put my phone on record and let it flow. I then go back and take the parts I like and construct that into a working idea which I then write lyrics to and demo in my studio I built in my bedroom!

The Reader: What’s it been like opening up for Emily Kinney?

Gardner: A dream vacation. Imagine being in a van with 8 best friends driving to cities you’ve always wanted to see and playing great fun shows every night followed by hanging out and cracking jokes afterwards. That’s what it’s been like; I’m very happy I got the opportunity!

You can check out Dylan’s music on his website, including his album’s first track “Let’s Get Started,” which was featured on Spotify’s playlist “Smart is the New Sexy” and has over three million plays.