Home » Music » From The Abyss 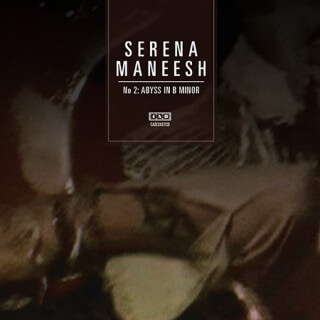 Serena-Maneesh uncover layers of sound Norwegian noise-pop band Serena-Maneesh dug deep with its latest album, literally. For Serena-Maneesh 2: Abyss in B Minor, released in March on 4AD Records, mastermind Emil Nikolaisen recorded tracks in a cave located outside Oslo, Norway. “It was an interesting journey, at times rough, at times inspiring,” said Nikolaisen via cell during a sound check at a concert hall in Harleem, The Netherlands, where the band performed last Sunday night. “I wanted to put myself and my collaborators in an interesting new spot with new sounds and find new universes where there were no preconceptions of any kind, like a little kid trying to find new spaces in the world to discover.” But don’t go listening to the album expecting echoing, cavernous noises. Instead, Serena-Maneesh music is an odyssey of beats and dense, layered noise that covers — and then slowly uncovers — melody upon melody. There are moments on the nearly eight-minute opening track, “Ayisha Abyss,” where the intensity of sound is so overwhelming that you’ll feel like you’re stumbling through utter darkness, finding your way by touching the wall with your fingertips, lost in a maze of noise and whispers. Even the album’s poppier moments, like the soaring “I Just Want to See Your Face,” glisten through layers of guitar sheen, snare drum and cacophony. What you’ll hear the first time through isn’t necessary what you’re going to hear the next time, and that’s how Nikolaisen wants it. “It’s like when you hear a band next door in the basement or behind walls — when you open the door and enter the room, the music reveals itself in a more … boring way,” he said. “You thought it was more mystical or intriguing when you didn’t hear it so clearly. I try to apply that principal to what I’m doing — so that the more you zoom in, the more the mysteries of the chords and the overtones and the new harmonies appear.” The band’s style of revealing melody beneath countless layers of noise often brings comparisons to shoe-gaze masters My Bloody Valentine. Nikolaisen acknowledged that he loves MBV frontman Kevin Shields’ pop songs. “I grew up on a lot of stuff that’s clearly in the music that I’ve been pushing,” Nikolaisen said. “There was a time when no one was talking about My Bloody Valentine and these bands, and we were doing it. And suddenly, there’s a lot of these types of bands popping up here and there.” But there’s more to Serena-Maneesh’s music than MBV comparisons. Nikolaisen said that through his music, he’s trying to find a place where “symphony and Stooges meet.” “On one side, I love rock, and on the other side, I love symphonies,” he said. “If you can integrate the mysterious, subconscious sounds of strings into something that’s more immediate, that’s a really valuable thing. The idea is that the 10th time you hear it, you still feel like you’re on an interesting journey, you’re still hearing new sounds and (discovering) things that are not exposed right away. That’s the journey that I’ve spent many years of my life trying to refine.” He has been joined by collaborators, including American indie icon Sufjan Stevens, who played vibraphone, flute and piano on the new album. “I get sick of myself and my own ideas,” Nikolaisen said of his collaborations. “You might be able to play everything yourself, but I’m depending on other people for perspective — different souls gathering on many different levels.” And while Serena-Maneesh has toured Europe and Australia with bands that include Oasis, Nine Inch Nails and The Dandy Warhols, Nikolaisen said Nebraska has an exotic quality of its own. “To us, Nebraska is extremely exotic,” he said. “I have these portraits in my mind of Nebraska that I’ve seen from childhood. I wonder if it’s translatable to the people there. Are they really any different from iconic New York or European minds, or are they fully redneck or fully California sunshine?” He’ll find out Sunday when his five-piece band rolls into The Waiting Room to open for Wovenhand. Nikolaisen said fans should expect them to “push the melodic perspective in a really loud context.” “(The concert) is almost a physical experience with pristine melodies carved through,” he said. “Our songs need to be translated slightly different than on the recording, so we’re not just repeating or imitating it. It’s really important to give listeners a new perspective on the songs and the story. We keep it elastic in a way that’s really meant for the moment, and try to portray something different every night.” Serena-Maneesh plays w/ Wovenhand Sunday, Sept. 26, at The Waiting Room, 6212 Maple St. Showtime is 9 p.m. Admission is $12. Visit onepercentproductions.com.