Home » Music » Get Some Culture 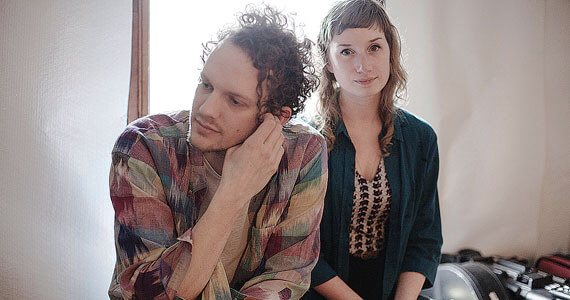 New Portland band Pure Bathing Culture burst onto the Portland scene this year as former New Yorkers and Vetiver band members Sarah Versprille and Dan Hindman relocated to Portland, released a 4-song EP, and placed near the top of Willamette Week’s “Best New Band Poll.” The band played Monday night at the Slowdown opening for Widowspeak. THE READER caught up with Sarah last weekend for this insightful interview before the band’s Omaha show.

THE READER: What drew you to director Hayley Morris for the “Dream The Dare” video?  How did you learn about them and did you have any say about the content, style/theme of the video?

PURE BATHING CULTURE: Our friend Sean Pecknold, who is an amazing director and animator as well and who directed the video for our song ‘Ivory Coast’ shared Hayley’s amazing video for the Iron and Wine song ‘Joy’ with us. It’s such a beautiful video. We immediately knew that we wanted to work with her. We had one initial conversation with Hayley where we shared a very rough stream of consciousness theme involving the crow, and she completely understood and took it from there. She was communicative about her ideas throughout the process, all of which we loved.

You guys are fans of astrology, tarot and the mystical. How does that influence not only your music but, also the decisions you make as a band and where you see yourselves in the future (no pun intended)?

Astrology, tarot and new age spirituality in general was something that we were exposed to through people we met when we first moved to Portland. A lot of the themes and ideas were interesting and inspiring to us and functioned as a muse for us as we were writing songs for ‘Moon Tides’.

What inspired you to write the lyrics to a song, “Lucky One,” that Daniel was working on? What was it about the music that led you choose the lyrics that you did? Was there much revising on the lyrics/music on that song once you two brought things together?

Daniel is constantly writing and one of the ways he writes is with a looping pedal. He had the music for what ended up becoming the chorus of ‘Lucky One’ stored on the pedal for a while and I had always really loved the way it sounded. I loved the sort of motown feel that it had. I had a lyrical idea floating around in my head for a few days and I just impulsively decided to try messing around with putting the idea with the music on the looping pedal. It happened really quickly and when I showed it to Dan we finished the rest of the lyrics and music together.

How is it working with Richard Swift? What does he bring to the table as a producer and how did that help to mold your sound if at all?

Richard is a super intuitive amazing musician, but the way he helped us the most was really just by being there to say what we were hearing, and wanting to do musically was ok.

Now that you two have been making music together now for a year(ish), how do you see your sound evolving and where do you hope to take it?

We’re really excited to write and record a new record.

Where do you draw your inspirations from especially in the present and future.