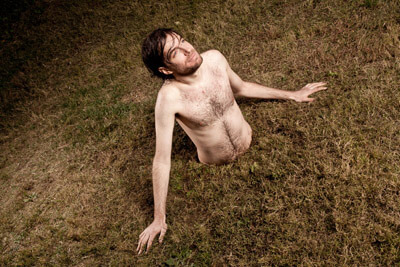 Girl Talk (real name Gregg Gillis) is a phenomenon. Who knew this one-time biomedical engineer would breathe fresh life into the mash-up movement? Although pioneers such as Z-Trip and Kraftwerk were blending samples long before Gillis stepped onto the scene, for some reason, the Pittsburgh-native was able to give new meaning to “digital sampling.” After all, his fifth studio album on the Illegal Art imprint, All Day, uses 372 overlapping samples – from Herbie Hancock to Rick Ross. Two and a-half years in the making, it’s amazing he was able to finish it considering he’s been touring incessantly since Girl Talk exploded. In fact, Gillis was accused of actually “breaking the Internet” the day the album dropped because of the number of people downloading the free album.

“MTV said I broke the Internet so I did apologize for that. I did want to apologize to the fans because a lot of people had problems downloading the album that first day or even that first week,” he says. “It’s still kind of a mystery to me because, on purpose, we put in no publicity, no advertising about it and I tried to not even talk about it. I wanted it to be a surprise. I figured that would just generate its own hype, just coming out of nowhere. Like I was saying there was no real high level of anticipation. The response was overwhelming.”

Whether or not Gillis is some sort of Internet pirate, his career has skyrocketed since the release of 2004’s Unstoppable. And unstoppable he’s been. However, considering he’s already put out five mash-up albums, it’s possible he’s a one trick pony and it makes sense to wonder if that’s all he can really do. Gillis is determined to prove otherwise and has several more projects in the works involving more than his laptop. Gillis himself is worn out from the often tedious process of making one album, not to mention the endless touring.

“I think it would be cool to take six months off of touring and just fool around with music and not have to make music for a tour. If that’s what was going on, then I think it would sound different. I don’t want to make it sound like it’s a chore. Everything I make, I enjoy, but I’m definitely making it with a crowd in mind,” he explains. “I was working on a beat for a hip-hop artist recently. It wasn’t for the world of Girl Talk live shows. I was just cutting up samples and making a traditional hip-hop beat. It was really enjoyable. I really like the way it came out. It’s really distant from the world of Girl Talk.”

That’s not to say Gillis is over making mash-up records or done with touring. After all, his shows have become famous for allowing hundreds of people on stage while he performs (and often strips down to his underwear). It’s a hot, sweatbox of a dance party with enough club bangers to keep the audience jumping up and down throughout the entire set. If you haven’t been to a Girl Talk show, it’s definitely a unique experience, far from the typical concert, though it’s not as crazy as it used to be. The days of having his equipment destroyed are over.

“We always want that to be an element of the live show, but we’re doing it a little differently this time around. It’s a little more controlled,” he assures.

Currently on tour (again), the hard-working artist brings his energetic live show to the Omaha area this Thursday, perhaps for the last time. That is still unclear.

“I’m not really concerned with sustaining a career out of this. That has never been my goal. Being able to live off of doing this and being able to quit my job came as a big surprise. It’s awesome and one of the best things to ever happen to me,” he says. “But at the same time, when that happened, I tried to make decisions not based around how I can make this last the longest or how I can make the most money. I always try to think in terms of the project and how far can it go creatively and how far can it go in terms of the listening audience.”

“Putting out the record for free seemed like the best way to get it out to the widest audience possible and to get it out as efficiently as possible,” he adds. “Right now, I sustain off touring, but again it’s something that I put a lot of time and effort into. Obviously, money coming back is cool. I like money and I like being able to spend money, but that’s never what it’s been about.”