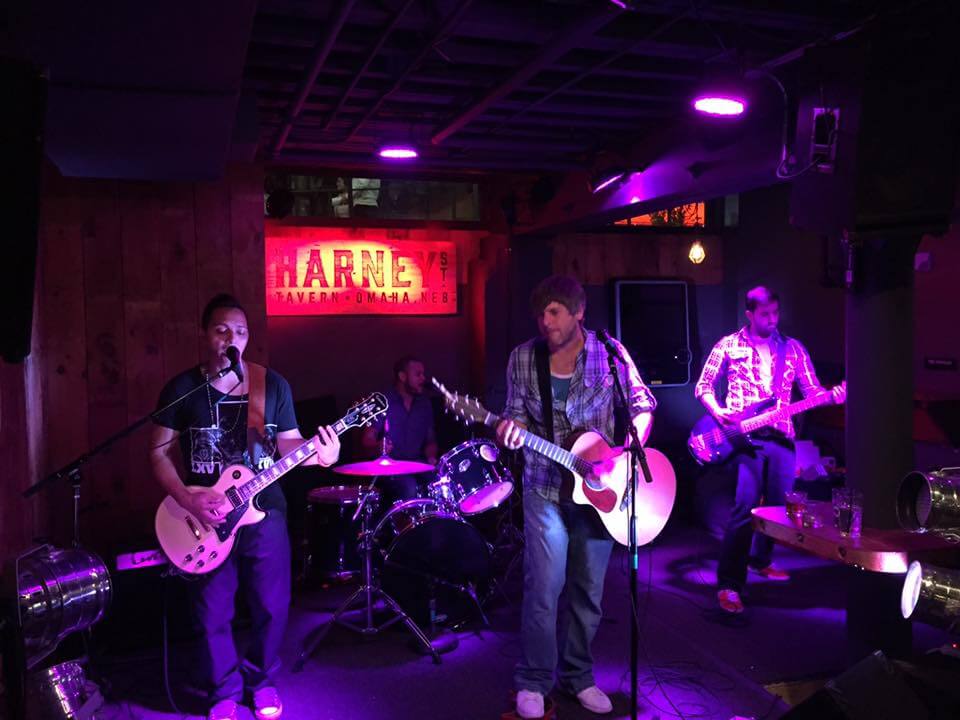 It’s been quite a few years since the Old Market had a real music scene. With the revitalization of some areas, especially NODO, live music has seeped back into our downtown as new bars attempt to appease a diverse crowd. Recently bars have opened their doors to live music and the trend is taking hold. A few venues play it safe with cover bands that encourage drunken sing-alongs, dancing, and boozy hookups, which are great activities for downtown club-hoppers, but not so much for those looking for something more akin to the Benson music scene.

The foundation of this live downtown music resurgence was, of course, the Slowdown. After they paved the way, the Old Market has seen live music introduced to the Havana Garage, Parliament, and the Hive, among others. The new kid on the block is the Harney Street Tavern, a homey lower level tavern that’s been showcasing a variety of musical acts for just over a year.

Owner Brady Bock has been a longtime resident of the downtown area and recognized a musical void that needed filled. With the demise of the beloved Antiquarium, he felt the building longed for something special that would enhance the entertainment aspect of the downtown area while honoring the legacy of the historic building.

Bock recruited longtime friend and Napa Valley resident Lucas Qualley to help. The two were committed to bringing something special to the table. They wanted an approachable, comfortable, and viable place that would work as both a bar and music venue. The partners started with renovations. They worked with the historical society to keep the nostalgic aesthetics of the building in line with its 100-year old history. The interior was constructed using all reclaimed wood from downtown buildings, creating a welcoming, on-trend atmosphere. They opened their doors in February of 2014 and are now on the road to becoming a hot spot for live bands and solo performers of varied genres.

The Harney Street’s approach to hosting music is uncommon. The venue offers live music 4 times per week and doesn’t charge a cover. Bands get a guarantee and most times, a full house to go with it. The crowd is diverse with those looking for a good time, and receptive to the quality bands the venue books. Bock’s focus is mainly centered on Americana, singer/songwriter, blues, soul, and indie music of mostly original material, where other venues in the area employ strictly cover bands to appease the masses.

Since their opening in February, reports from bands that have played there have shown it to be a favored among local musicians. Acoustics get better as the venue fills up, of course, but the sound system is quality and Bock and his staff take care to ensure that performers and patrons are happy.

Only time will tell if the Harney Street Tavern makes it on the list of iconic venues that make our scene one of the best in the country. So far they seem to have made a good start, showing a passion for keeping the history of the venue intact while supporting the musical expansion of the Old Market area. If you’re a band looking to find a new audience, the Harney Street Tavern is the stage to play. If you’re looking to enjoy the downtown scene without the trappings of meat-market madness, then this is the hidden gem you’re looking for. But check it out soon, as it won’t stay hidden for long.