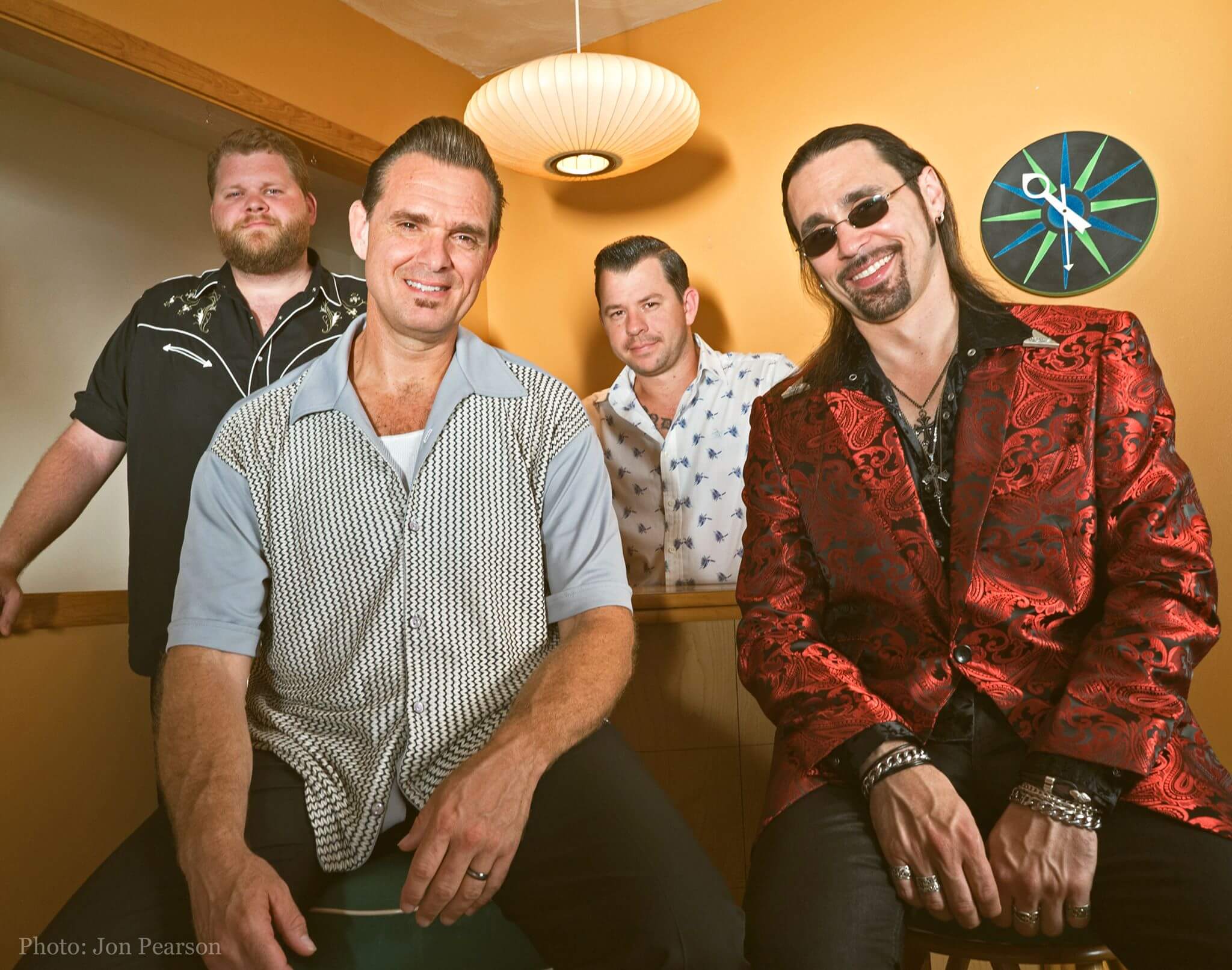 Harmonica fans have two big shows to look forward to this week. Blues harp virtuosos Dennis Gruenling and Mark Hummel both have local shows this week.

Dennis Gruenling performs with Doug Deming & The Jewel Tones Tuesday, June 28, 7-10 p.m., at Waiting Room. This band has got it goin’ on, with Gruenling’s meaty harmonica licks, Deming’s dazzling guitar work on both jump-blues and Chicago-style blues plus a solid rhythm section keeping the grooves in the pocket.

It’s a CD pre-release party for Gruenling’s new release Ready or Not (VizzTone), a romp through Gruenling’s original songs that hark back to old-school R&B and rockabilly hits like Little Richard’s rendition of “The Girl Can’t Help It.” It’s Gruenling’s first time at the mic for a whole recording and the results are engaging, with his timing and flow smoothly fitting the jumpin’ tunes. Gruenling’s harp style is fueled both by classic blues harmonica greats and by jump and swing sax players, resulting in a distinctive harmonica sound.

If you like smart, spirited guitar playing in the vein of T-Bone Walker and Charlie Christian, Deming is one of the best players in that style these days. He also has backed a number of blues artists from Kim Wilson to Lazy Lester and plays great straight-ahead blues too.

From sweet and swingin’ to low-down, in-the-alley blues, this is really a don’t-miss show of players who may not be household names yet but whose talent will leave you cheering for more.

It’s a delight to see these veterans of the blues scene working together with plenty of playfulness and virtuosity. The rhythm section of Wes Starr and RW Grigsby brings equal expertise to the stage, rounding out this true blues supergroup. These guys are most often playing bigger festival settings, so don’t miss the chance to see them in the intimate, up-close setting of The 21st Saloon. For more on the band see markhummel.com/golden_state.html.

Levi William takes the 6-9 p.m. slot on Wednesday, June 29. William has recently left Shawn Holt & The Teardrops to work full time on his own music.

Lincoln’s Zoo Bar ramps up for their 43rd Anniversary with a great Friday night booking. Popular Texas blues guitarist Jim Suhler and his band Monkey Beat hit the Zoo Stage Friday, July 1, 5-7 p.m. They’re on the road in support of a brand new recording, Live at The Kessler. See jimsuhler.com. This is a great band that puts on a dynamite stage show.

Tuesday, July 5, Hoodoo heroes Jon Dee Graham & The Fighting Cocks are featured. What else can I say about Jon Dee Graham that you haven’t heard, spirit and soul, heart and passion, hope and courage. His songs are life-changing and his performances take-no-prisoners affairs, especially when he’s firing up his electric guitar. Graham doesn’t make too many appearances outside of Austin with his band The Fighting Cocks, so don’t miss this. Then Wednesday, July 6, Jerry Lee Lewis’ inspired pianist Jason D. Williams takes the stage. Thursday, July 7, Lil’ Mike & The Tornadoes are featured.

Friday and Saturday, July 8 and 9, the anniversary party moves out to the street in front of the Zoo Bar for a roots music extravaganza. Featured artists and set times for Friday, July 8 are Brave Combo (5 p.m.), honky-tonker Dale Watson (7 p.m.) R&B legend Lee Fields & the Expressions (9 p.m.), Terrance Simien & The Zydeco Experience (11 p.m.) And on Saturday, July 9, The Mighty Jailbreakers (3 p.m.) kick things off, followed by Mike Zito & The Wheel (5 p.m.), Bakersfield-inspired country from The Derailers (7 p.m.), rave-up rockabilly with Nikki Hill (9 p.m.) and a dance-party finale with A Ferocious Jungle Cat. Tickets are $17 a day in advance and $20 day of show. A two-day pass is only $30. Advance tickets are available at etix.com (search for Zoo Bar).

The first of two summer Playing With Fire concerts light up Turner Park at Midtown Crossing Saturday, July 2. Powerful and dynamic entertainer Sugaray Rayford headlines the event. I caught him live for the first time at the 2015 Blues Music Awards and am excited to see him hit the PWF stage. He’s performed as both a solo artist and fronted the Mannish Boys. See sugarayblues.com.

Rounding out the July 2 show will be great performances from Andria Simone & Those Guys, the Nick Schnebelen Band featuring Omaha BluesEd alum Heather Newman on fabulous vocals. BluesEd band Far & Wide will open the show. Seating opens at 3:30, music starts at 4:30. See playingwithfireomaha.net for all the details.