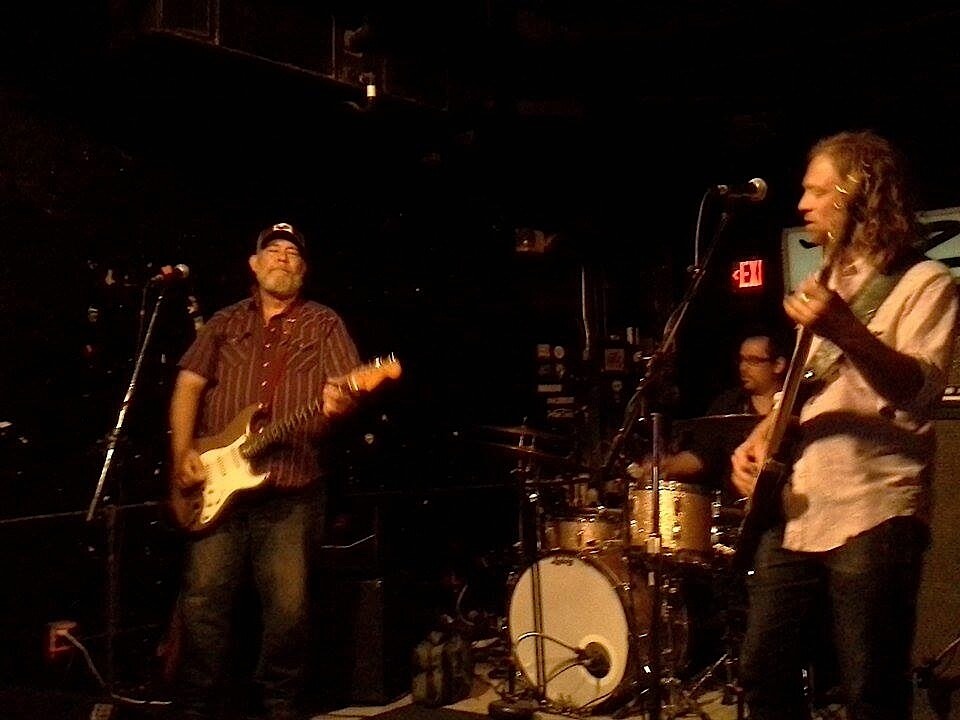 Here are some shows that stand out as notable music experiences for 2015, in no particular order. I missed a lot of concerts this year, too, so this is just the view from my corner of the dance floor.

Elvis Costello at The Rococo in March playing acoustic or stripped-down electric versions of his hits. It was a lengthy show with plenty of humor, Costello proved to be personable and surprisingly charming and disarming.

Johnny Boyd  at The Reverb Lounge in March and September. West Coast crooner and former Indigo Swing bandleader Boyd’s beautiful, evocative voice is at its best on the ballads. But whether he’s singing classics from the Indigo Swing catalog or material from his recent solo releases, Boyd still has the magic that was the centerpiece of the ’90s band. His voice soars on the sweet songs and snaps with electricity on the uptempo numbers, all with the backing of his current, stellar, Portland-based band. It’s nearly 20 years since I first saw him perform at Omaha’s old Stork Club venue, and Boyd’s music is still, fresh, heartfelt, achingly beautiful and irresistibly danceable. Boyd drops his new solo CD, Someday Dreams of You, on Valentine’s weekend 2016. It’s a tribute to the stylings of the great crooners and the classic American songbook sounds, featuring both original songs and covers of popular classic tunes.

Jon Dee Graham at The Zoo Bar several times this year. Whether playing a perfect acoustic set or throwing down electric guitar with his Austin trio, Graham is a personal favorite and a constant inspiration creating insightful moments of tears and joy. Graham’s music is fierce, fearless and indispensable.

Josh Hoyer & Soul Colossal. Whether opening for the great Booker T. Jones at the Bourbon or stomping through band shows in the intimate settings of the Zoo Bar or Harney Street Tavern, this group puts down a powerful, heartfelt sound, proving Nebraska’s got soul. Josh and his band had a big year in 2015 while racking up a lot of road time. They are poised to take Nebraska soul even further in 2016, with a new disc coming out produced by Wilco’s Ken Coomer.

Booker T. Jones. This iconic Memphis soul artist put on a tremendous show at the Bourbon Theatre. Completely ageless and timeless, showcasing his own chart-topping music and some influences with an excellent band.

Jim Suhler & Monkey Beat. If you love original rocking blues inspired by the traditional music and you haven’t seen this Texas band, you need to put them on your short list. Electrifying, spot-on and soulful musicianship delivered with heart and innovation.

SoCal’s great James Harman was back at the Zoo Bar in the fall with his longtime guitarist and producer Nathan James, their percussionist Tempo and a regional rhythm section. There’s no other singer-songwriter, vocalist, harmonica player and showman like James Harman.

It was also great to see the wonderful Sue Foley & Peter Karp and their Karp-Foley Band back in the area with a summer gig at Waterloo’s Doghouse Saloon. Their engaging songs, top-flight musicianship and undeniable chemistry always make for a great show.

Rockabilly queen Kim Lenz returned to the metro after a long hiatus with a Reverb Lounge gig. This rave-up redhead is as sassy, saucy and sizzling as ever!

Other favorites playing local stages with never-fail shows include Tommy Castro & The Painkillers and the great metro return of Little Charlie Baty, Anson Funderburgh and Mark Hummel as part of the Zoo Bar’s ZooFest Anniversary street fest. Scottie Miller Band killed it in a CD release show at The 21st. Kris Lager Band delivered their usual rockin’ show as one of the show closers at ZooFest.

Doug Deming & The Jewel Tones featuring Dennis Gruenling. This top-flight east coast band plays jump, swing and traditional blues with spark, style and impeccable musicianship. They are a don’t-miss on my list and it was great to catch them for several local shows in the late summer.

An emotional show was Walter Trout’s return to the metro for his first Omaha performance since his 2014 liver transplant at the Lied Transplant Center. Those in attendance included members of the transplant team. Trout showed that his guitar mastery is now delivered with even more heart.

Blues Music Awards in Memphis in May. My second trip to Memphis, for the annual Blues Music Awards, was an opportunity to catch short performances from and rub elbows with a rather mind-blowing list of blues icons and personal favorites including Dave & Phil Alvin and Keb’ Mo’.

2015 was a momentous year for me. Being recognized in January with the Blues Foundation’s prestigious Keeping the Blues Alive Award for Journalism is a career-highlight. My first trip to Memphis in January 2015 offered many memorable moments. I’m incredibly grateful for all the good wishes and support I received along with the honor. Aside from the award ceremony itself and the honor of being a judge for the IBC band final, a few moments stand out, including the chance to tour the city and absorb the history with Tad Pierson and his American Dream Safari Cadillac tour of the city. We quite serendipitously landed a private tour of the historic Royal Studios by accident and that stop remains an incredible memory. See some photos from the visit at hoodoorootsblues.blogspot.com/2015/02/postcards-from-memphis-january-2015.html.

In addition to those moments, meeting legendary blues producer and label owner Mike Vernon was an honor and started a friendship I greatly value. Vernon, at 71, is an inspiration for having music in his heart as the center of all his work as well as for both his life-long dedication to the music and his example of looking forward, not backwards, for always seeing more to do ahead. He’s quipped several times that he “doesn’t have time” to work on an autobiography, he’s got too much to do in the present. (He had his own Blue Horizon label as a very young man and is the producer behind some legendary work including the original Fleetwood Mac with Peter Green and the first John Mayall recording featuring Eric Clapton, though he shrugs these accomplishments off as doing what the music called for.) In 2015 as Mike Vernon & The Mighty Combo he released Just a Little Bit, his second solo recording in decades, a salute to the blues artists who inspired and influenced him. Look for his latest release from the producer’s chair, working with vocalist Sari Schorr, coming in 2016. Vernon’s life and attitude are such a great personal reminder of how music really matters and how to live life to the fullest.