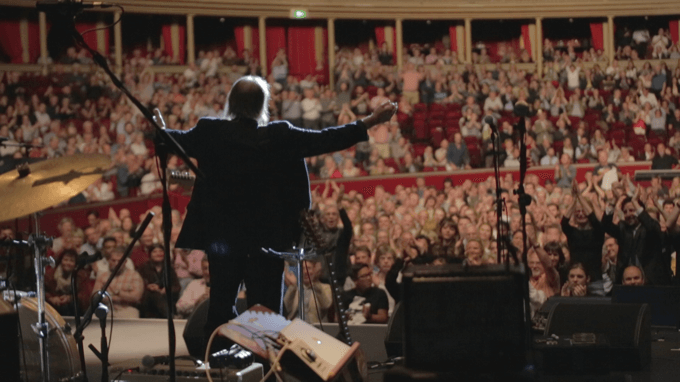 Hullabaloo Music & Camping Festival is turning Sokol Park south of Bellevue into a celebration of music, friendship, love and, well, probably, sweat. Brandon Miller, former bassist for Kris Lager Band, and his wife now own Sokol Park and Miller does a great job of creating a magical, hippie-vibed setting for Hullaballoo each year. See a little video of the set up here.

National headliners include Indigenous on Friday and Samantha Fish on Saturday. Fish just released a brand new disc, Wild Heart, which debuted at #1 on the Billboard Blues Chart. Blues Music Magazine is currently offering a promo listen to two tracks from the disc here.

All times subject to change. Details at hullabaloomusicfestival.com.

Sunday, July 26, Donate Life Blues Fest takes over the tented pavilion at the River City Star on Omaha’s riverfront. Walter Trout will plug in his guitar for his first performance in Omaha since he received a life-saving liver transplant at Nebraska Medicine’s Lied Transplant Center on Memorial Day, 2014. Trout’s tour of the US began earlier this month. He takes the stage for his much-anticipated return to Omaha as a benefit and awareness event for Donate Life Nebraska. Trout’s wife Marie will be on hand for the event as will Dr. Dan Schafer, the specialist at Nebraska Medicine who treated both Trout and Curtis Salgado. Salgado received a liver transplant at the facility on Sept. 30, 2006 and has continued to continue his extremely successful blues career. It was Salgado who recommended the Trouts connect with Schafer and the Nebraska facility.

Multiple Blues Music Award winner and Alligator Records’ artists Tommy Castro & The Painkillers share the headlining spotlight. Castro’s set will include performances from special guests Billy Watts (who currently performs as part of Eric Burdon & The Animals, and whose other credits include working with Bonnie Raitt and Jackson Brown), L.A. vocalist Teresa James who works both as a backing vocalist for many notable artists and who leads her own band The Rhythm Tramps, and Terry Wilson who performs with both Teresa James and Eric Burdon & The Animals. Omaha’s own Brad Cordle will also join the guest artists.

The Trouts and co-event-organizers the Blues Society of Omaha and Playing With Fire want the community to know that organ donors save lives, like those of Trout and Salgado. And there are not enough donors now to help all those waiting for transplants. Donate Life Nebraska will be on hand to sign up donors and to provide more information to those who are interested in learning more about organ donation. Here are a few statistics from donatelifenebraska.com:

Tickets on sale now at eventbrite.com.

To find out more about Trout’s “I’m Back” tour check out waltertrout.com

The amazing Detroit soul-blues-R&B of Laura Rain and her band The Caesars hits the Zoo Bar Wednesday, July 29, 6-9 p.m. This band knocked me out at their recent 21st Saloon performance. Check them out now, they are an act that is going to be going places.

Mark your calendars, the stellar jump-blues, swingin’ blues and Chicago-style of Doug Deming & The Jewel Tones featuring Dennis Gruenling are back in the metro for a special show at Lincoln’s Zoo Bar next Monday, Aug. 3, 7-10 p.m.