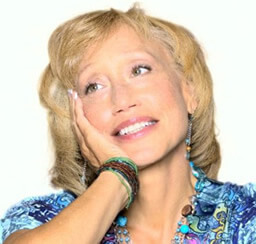 This year’s musical line-up for the Summer Arts Music Festival features jazz, blues and folk music along with soul and funk. The Luigi Waites Main Stage offers up a weekend of musical performances.

Mingo Fishtrap headlines Friday at 9:00 p.m. The group is named after two roads in Denton, Texas.

Bandleader Roger Blevins, Jr. said, “That’s where the band was formed when several of us were at UNT’s music program.  The intersection is kind of a Twilight Zone on the edge of nowhere.  I blew a tire and ended up trying to find a junkyard out there.  Never got the tire, but that spot stuck with me. A real “crossroads” vibe. A couple weeks later there was a signup sheet in our dorm for a thing called the Bruce Jam. That’s the name I put down, and it stuck before we could change it!”

Blevins said audiences in Omaha can expect some funky soul, and a good time.

The three-time Grammy-nominated Cuban music group Tiempo Libre is featured on Saturday night at 9:00.The group offers high-voltage Latin jazz and the seductive rhythms of samba.

Local favorite Camille Metoyer Moten kicks off the festivities Sunday at Noon with her band. Her repertoire runs from jazz and pop to indie music and original songs. Metoyer Moten said she’s grateful for the opportunity to perform at the festival because it helps put the focus on local talent in Omaha.

“I have great musicians backing me up, including David Murphy who is a published author and songwriter, bass player Mark Haar, Mike DeLuca, who may be one of the most used drummers in town, as well as a musical percussionist, Bryan Morhardt. And because I am a chatty person, the crowd can expect some fun interactions,” she said.