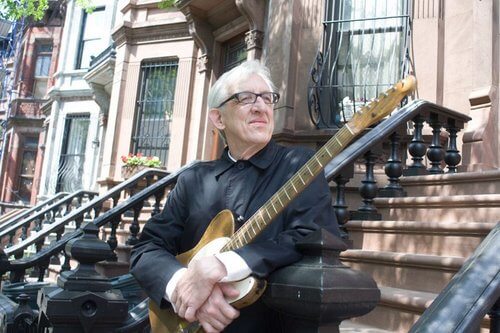 Guitar great Bill Kirchen of Commander Cody band fame plugs in for a Sunday Roadhouse at The Waiting Room on Saturday, May 12, 7:30 p.m. He’s particularly famous for the guitar work he laid down on the classic Top 10 hit “Hot Rod Lincoln.” See sundayroadhouse.com.

Former Omaha promoter Terry O’Halloran has organized a special Blues Cruise to benefit five-year-old Lily Dotson and her family as she battles Leukemia. Lily is the daughter of longtime Blues Society of Omaha webmaster David Dotson. The event is on the River City Star Monday, May 21, cruising 6-8 p.m. Music includes Brad Cordle Band, Kris Lager Band and a closing jam featuring both bands plus guitarist Hector Anchondo. Tickets are $30 each, available at Thursday 5:30 p.m. shows at The 21st Saloon from BSO VP Mark Grubbs and also online at RiverCityStar.com (click May 21st on their calendar). Only 100 tickets will be sold.

The band receiving the most points in the third round of the Nebraska Blues Challenge May 6 was Lil’ Slim Blues Band. They will join Levi William and Brad Cordle Band to perform in the finals Sunday, May 20, 5 p.m. at The 21st Saloon.

The Blues Foundation’s 33rd annual Blues Music Awards are Thursday, May 10, in Memphis. The event can be heard live on Sirius XM’s B.B. King’s Bluesville channel. Watch blues.org for updates on the winners.

Sad news from Alligator Records, electrifying guitarist Michael Burks passed away of an apparent heart attack in Atlanta May 6. Burks was a local favorite whose powerful and emotive playing was remarkable.

The scheduled Kinsey Report dates have been cancelled. Blues icon Eddie Shaw and his band the Wolf Gang will appear instead at Lincoln’s Zoo Bar Wednesday, May 9, 6-9 p.m. and at The 21st Saloon Thursday, May 10, 5:30-8:30 p.m. Shaw was a member of the late, legendary Howlin’ Wolf’s band and Shaw is a multiple winner of the Blues Music Award for best “Instrumentalist-Horn.”