Home » Music » I Hate Lists: Hoodoo’s Bands We Like 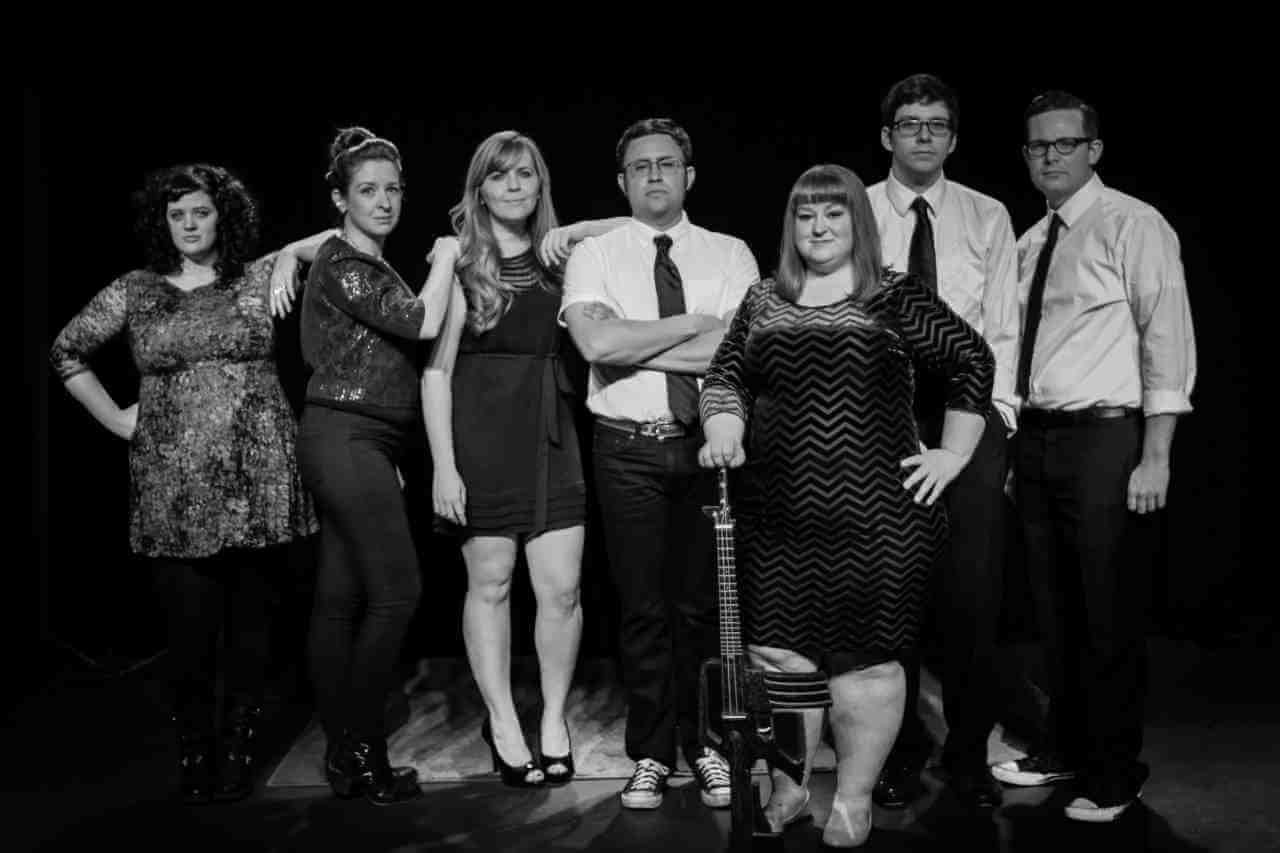 I hate lists.I don’t really read them and I hate compiling them. That said, our owner-publisher-editor John Heaston loves lists and think others do too. When it comes to music lists, I think they are just as likely to be divisive as to be helpful. So, this list is just a starting point if you are interested in local roots music. I’m sure there are some bands out there I haven’t heard yet, or bands that are on other writer’s lists here. There are some perennial favorites that are not on The List because right now they have slipped out of my brain or because of space, including Lincoln’s Mezcal Brothers, Omaha’s Brad Cordle Band and guitarist Dave Steen, who put out a fine CD of original material with a hand-picked band earlier this year but isn’t really performing live with that band. Part of the criteria for Reader music lists has always been current artistic activity and I’ve tried to keep that in mind too. Omaha and Lincoln have an impressive amount of roots music talent, if this List gets you out and experiencing some of the local players, then I guess it was worth it. Here in no particular order is the Hoodoo Music Issue List:

Josh Hoyer & Soul Colossal – Josh Hoyer’s current band has just wrapped up their forth recording session in three years, after undergoing a recent name change and some personnel shifts. Hoyer’s vocal style is distinctive, a rich throaty soul roar that really sounds like no one else on the national scene. With Hoyer’s thought-provoking and dance-floor friendly original tunes and a top-notch band, they got the attention of Wilco drummer and celebrated producer Ken Coomer. Their latest disc Running From Love was recorded at Nashville’s Sound Emporium in mid-September with Coomer in the producer’s chair. See joshhoyer.com and check out this interview update with Hoyer: thereader.com/story/sending_a_message_with_solid_soul.

Cryin’ Heart – This Lincoln-based band brings straight-up blues to the stage with the talents of a veteran rhythm section, Dave Wagner and Gary Williams, plus two accomplished young guitarists with serious blues chops in Tim Budig and Michael Wheeler. WIth a mix of traditional blues covers and originals, this quartet gets an enthusiastic nod from young fans who encounter them at venues like the Harney Street Tavern as well as from established blues fans. See cryinheartband.com.

Hector Anchondo Band – Anchondo left rock behind for blues and has dedicated himself to learning his craft as a bluesman. His trio won the 2014-15 Nebraska Blues Challenge and represented the Blues Society of Omaha in the 2015 International Blues Challenge (IBC) in Memphis where they played to enthusiastic responses, took advantage of the networking opportunity and garnered a regional booking agent. On Oct. 4, they were selected by a panel of judges to represent the BSO at the IBCs again in January 2016. They are two-time winners of the OEA for Best Blues. See hectoranchondo.com.

All Young Girls are Machine Guns – Rebecca Lowry is a multiple OEA Award winner who has evolved from a solo-balladeer to bandleader, and whose band has morphed from a pop-tinged approach to include soul, R&B and a slot on this year’s MAHA stage. In August 2015, Lowry organized the first annual Benson First Friday Femme Fest, which put over 40 acts featuring female performers ranging in age from teens to scene veterans on stages at seven venues in Benson. It’s a long-overdue idea that this writer hopes to see become an annual event. See allyounggirlsaremachineguns.com.

Kris Lager Band – This band has evolved from blues to roots-rock and beyond, describing their sound as “thirft store funk,” even though it’s not exactly R&B either. They do put down a seriously life-affirming, party sound that has kept them doing mostly road touring again this past year, both on their own and also as part of Andy Frasco’s band. At the beginning of 2015, KLB released their latest disc Heavy Soul & Boogie Trance, recorded in California, with Monophonics’ Kelly Finnigan and Ian McDonald and mixed by Orgone’s Sergio Rios from Los Angeles. A personnel change found Funk Trek’s Tom Murnam joining the band on bass this year, joining longtime bandmates Lager, Jeremiah Weir and John Fairchild. See krislagerband.com.

Tijuana Gigolos – A mainstay at The Zoo Bar, where their Friday FAC gigs are legendary house-rockers, this roots band has been around since 2001 and showcases some of the best musicians in Lincoln. Their roots-rock set lists are mostly original songs that are excellent and dance-floor-filling. Marty Steinhausen is the main songwriter and Steinhausen and Tony Meza share the vocal duties. Rounding out the band are Dave Robel, Jeff Boehmer and Tom Harvill. You can generally catch them the second Friday of every month, 5-7 p.m. at Lincoln’s Zoo Bar. See Facebook.com/The-Tijuana-Gigolos-48121983910.

40SINNERS – Guitarist Steve Byam celebrates traditional, old-school blues material that you seldom hear performed live, at least locally, covering classic blues like Slim Harpo’s “Shake Your Hips” or Son House’s “Death Letter.” The tunes are presented in a raw, gut-bucket, take-no-prisoners style with a rotating cast of rhythm section players. Byam’s angular, passionate playing is never the same twice and is a must for real guitar fans to check out. See soundcloud.com/stv-byam.

Sam Ayer & The Love Affair – A new band on the local scene, watch out for Sam Ayer & The Love Affair, I expect them to be a quick favorite of local soul-R&B music fans. The group features original songs, a horn section, a high-energy drummer who gets the crowd going and a sense of showmanship. Frontman Sam Ayer drives this soul-R&B band on vocals and guitar. See Facebook.com/samayermusic.

Mesonjixx – This new young Lincoln quartet has got something special going on with groove-laden, jazzy R&B and soul sounds laid down by band members who are both talented and expressive on their instruments. At the center of the band is Mary Elizabeth whose sweet, emotive vocals are graceful and mesmerizing. The band name is an amalgam of the four players names. Find them on Facebook and see soundcloud.com/mesonjixx.

Matt Cox – Cox released his fourth album, Nisnabotna, in 2014. He has garnered an impressive number of OEA awards for his original Americana-roots music. He’s equally adept as a songwriter, guitarist and singer, with a mature. old-soul vocal style that is gritty and emotive. Whether playing a solo gig or fronting a band, Cox is one of the top local roots music artists. See mattcoxmusic.net.

Blue House & The Rent To Own Horns – Celebrating 25 years of playing in the metro, Blue House has consistently been making original blues music and entertaining a devoted fan base. The band is led by vocalist and drummer Joe Putjenter and, as the name implies, complete with horns. Their 2015 release, At The Pit, marked their musical anniversary with style and has them pointed towards the future of the band with fresh enthusiasm. See bluehouseblues.com.