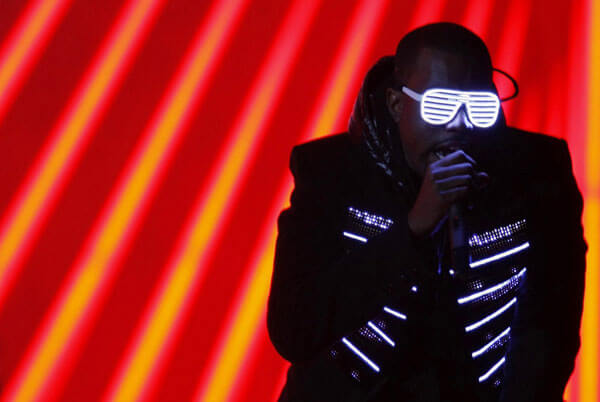 I know what you’re thinking after reading that title line, “this guy is out of his mind.” A headline like that is bound to rev up trolls and I’m certainly looking forward to reading the comments schooling me on the importance of The College Dropout’s chipmunk soul, Late Registration’s sprawling pop brilliance, or Yeezus’ boundary-pushing electro-rap. I know there will also be a lot of people referring to My Beautiful Dark Twisted Fantasy’s as a “prog-rap opus” and throwing around a lot of other phrases they gleaned from Pitchfork. However, as the album is celebrating its tenth birthday I think it’s important to appreciate this under-looked gem in West’s discography even if such a thing does not really exist.

By now everyone with a passing knowledge of popular music knows about the Kanye West vs. 50 Cent album release rivalry and how Ye’s Graduation outsold 50’s Curtis during its first week sales. In the Kanye-centric world we now live in, that may seem trivial and 50 hasn’t done himself any favors by moving into questionable endeavors like trying to create the next Grand Theft Auto. At the time though, we were talking about the man whose singles run from 2003 to 2006 included “In da Club,” “21 Questions,” “Candy Shop,” “Disco Inferno,” “Just a Lil Bit,” and “I Get Money.” The combined sales from his first two records totaled 25 million copies for God’s sake! Curtis’ defeat, therefore, signified a massive sea change in rap that West himself started in 2004 with The College Dropout. Instead of focusing on the violence of gang culture, The College Dropout brought a more positive, introspective voice into the rap world. If The College Dropout was the first nail in the coffin of the gangsta-rap era, Graduation was the concrete on top of the grave.

From a singles perspective, it’s hard to argue Kanye ever released a better record. Lead single “Stronger” still stands as a pop landmark in West ‘s discography with a level of pop ubiquity that few Kanye singles before or after ever reached. The conflicted braggadocio of “Can’t Tell Me Nothing” is as enjoyable a middle finger as West ever recorded. West’s triumphant love letter to Chicago, “Homecoming” featuring Coldplay’s Chris Martin, continued West’s rich tradition of bringing one white guy to the rap game that had no business being there otherwise (see also: Adam Levine, Mr. Hudson, Bon Iver). And I dare you to put on “Good Life” and not sing every word at the top of your lungs (go ahead, I’ll wait).

I know there are some out there that may argue Graduation is not as sonically rich as West’s other albums. Again, I still think there is a lot to love. The opening synth line at the beginning of “Champion” still hits me with the same amount of adrenaline that Mia Wallace gets in Pulp Fiction. If it’s interesting samples you’re looking for, fear not. The fact that samples from Mountain, Steely Dan, Daft Punk, and Can all appear on a cohesive record is nothing short of amazing. There is even throwback to West’s first two records for those that miss the old Kanye. The lush strings of “Flashing Lights” would feel right at home nestled into the back end of Late Registration and “The Glory” find West tweaking the chipmunk soul that drew the adoration of his early fans.

I know I’m also going to see a lot of comments telling me how bad “Drunk and Hot Girls” is, and, fair enough, I’ll give you that one without any objections. But one bad track out of thirteen isn’t too shabby. Much like the man himself, this record isn’t perfect. Tracks like “Stronger” and “Big Brother” show their age by reminding you of a time when shutter shades were an acceptable fashion statement and West also does not do himself any favors by wasting prime Lil Wayne on a deep cut like “Barry Bonds,” which, in hindsight, definitely was not the smartest move. However, I can’t think of a Kanye album where I want to listen to everything. Skits are still the bane of West’s first two records, 808s inspired Lil Uzi Vert, which should be enough to discredit it entirely, and The Life of Pablo overstays its welcome by about 8 tracks.

I think the reason people rank Graduation so low is that it does not feel as important as the other records in West’s discography. It doesn’t have a consistent theme running through the whole album the way College Dropout and Late Registration do. It didn’t have a tear-jerking backstory of lost love and loved ones the way 808s and Heartbreak did. It doesn’t have the vast stylistic expanse of MBDTF. It doesn’t even have the what-the-fuck factor that Yeezus did on first listen. For the most part, it’s just a collection of great pop songs. Is that really such a bad thing? As much as I love a concept album or a challenging artistic statement, there are times I just want to listen to music. In Graduation, Kanye gave us a triple-platinum pop powerhouse that is somehow still underrated. What could be more Kanye than that?