Home » Music » Gary Numan Is Just Going With It 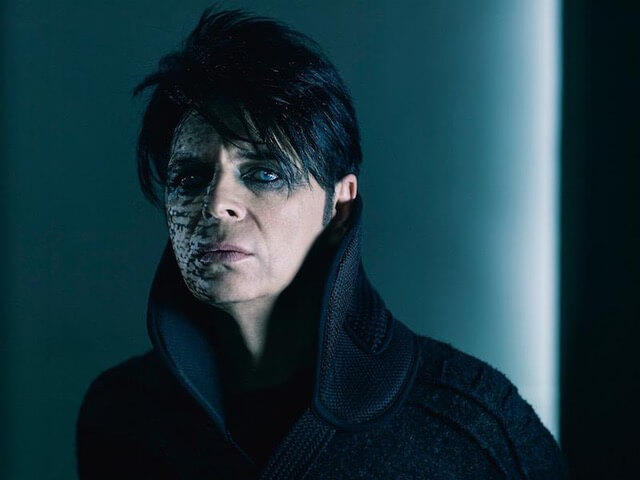 “It’s just so fluid, I just go with it,” says Gary Numan as we’re discussing how his audience has evolved over time. The “Cars” singer is approaching 40 years in the music business as a solo artist and knows better than to put stock into the aspects that he can’t control — which is basically everything.

“In Britain, at one point I would be lucky if I was doing 2,000 people in London and now I’ll be selling out Royal Albert Hall in four hours,” says Numan of his most recent tour. “I’d like to be doing much better everywhere; I’d like to be doing better in Britain, to be honest. The Royal Albert Hall is great, but I would rather be doing O2 Arena because it’s much bigger. It’s not that the ambition isn’t there, I just get a pleasure from doing it regardless.”

At this point in his career, Numan knows that perspective is everything. “I think the first headline show I ever did had three people,” he recalls of the gig at a small bar in north London. “If 500 or 600 people walked through the door I would’ve thought I was god.”

“It would be a shame if I was to feel bitter and twisted for not doing as well I’d like to,” he continues. “People get really hung up on where they are on a festival bill and I really don’t give a fuck.”

That laissez-faire attitude and the concept of fluidity seem to be more applicable than ever to Numan’s career. When his new record, Savage (Songs From A Broken World), debuted in September of last year it wasn’t eligible to be placed on the dance/electronic Billboard chart, despite the fact that 95 percent of the recorded was produced using electronic instruments. Whereas the album would have seen a number one on that chart (beating out Calvin Harris’ Funk Wav Bounces Vol. 1, mind you), it had to settle for the number 22 slot on the alternative chart. It’s a bit strange when you consider that Numan isn’t considered electronic enough to make the chart of the genre that he helped to pioneer.

Despite that hiccup, Savage has turned out to be a solidly successful album for Numan, even by his own lofty standards. The album’s pseudo-industrial feel is a result of Numan continuing to tinker with the sounds he has always loved, although he says “real industrial people would probably punch me in the face.”

The album is a special one for Numan as it’s actually inspired by another piece of art that he’s been working on. “All of the songs come from a novel that I’ve been trying to write for quite a long time so the album is basically a musical reflection of the book.”

Numan says that with the album, he wanted to create a post-apocalyptic world that has been ravaged by global warming — something that he himself has grown increasingly worried about. It’s also a world that has moved past culture.  Languages are starting to erode and everyone is just doing what they can to scrape by — all of which is perfectly captured by the album’s cover.

“I wanted it to have a hint of Arabic but not be Arabic; have a hint of military but not be military,” he explains, noting the album cover’s font as well as the clothes he dons on it. “My wife actually designed the outfit.” There’s another family connection to the record as his daughter Persia sings on “My Name Is Ruin.” Persia even got the chance to perform the song live with her father a few times on the last leg of the tour. For now, though, Numan has to leave his family behind.

“At the moment I’m feeling it quite badly,” he tells me, explaining that while he loves the rush of performing, it’s getting harder to leave his family as they get older. “On the flip side of that, when I’m not touring, I’m home 24 hours a day. I think I see my children more than most other working parents, it’s just there’s these long periods where I’m not around.”

“I stumbled into this. I think it was just luck.” He’s talking about his early success but you get a sense he means everything in his life. His music alludes to the fact that what’s on the horizon might not always be the brightest, and, if that’s the case, Gary Numan is going to enjoy what he loves with the people he loves for as long as he can.

For tickets to Gary Numan at the Slowdown on Sept. 27 click here