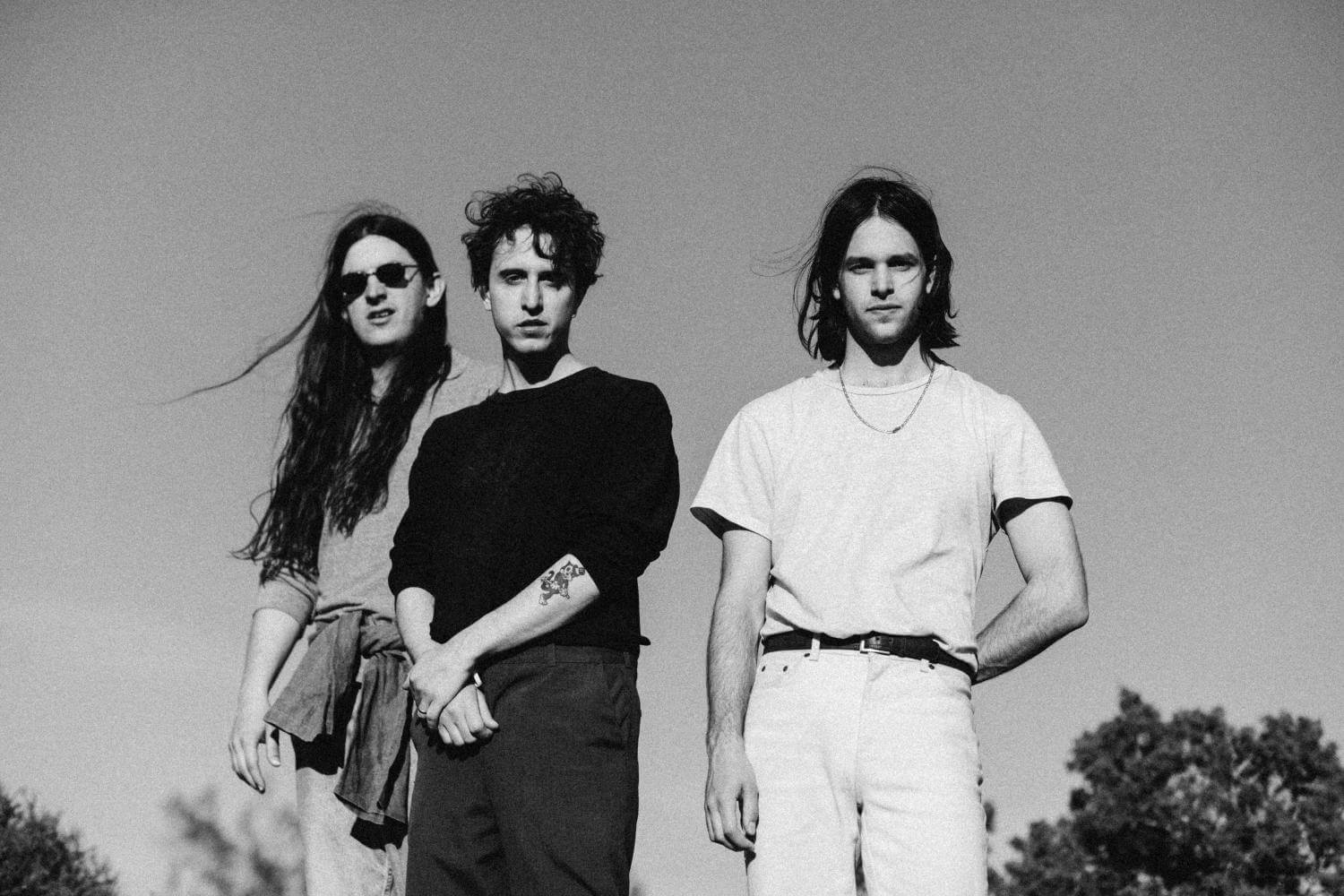 “Let me show you our version of Lincoln, Nebraska,” jokes Beach Fossils bassist Jack Doyle Smith as we walk into a coffee shop off P Street in downtown Lincoln.

The band, composed of Smith, frontman Dustin Payseur, and guitarist Tommy Davidson, are booked to play a late slot Friday night at Lincoln Calling and are spending the afternoon combing through as many vintage stores as they can find.

After playing FYF Festival in Los Angeles and running through a string of dates on the West Coast supporting the release of their newest record, Somersault, the band are on their way back home to New York City. There’s a loose, friendly energy between the members during our afternoon chat. The same could be said about how they created their new record.

“The three of us worked on the album together,” said Davidson. “We all collaborated and wrote the songs, where in the past it was pretty much just Dustin.”

That wasn’t the only shift the band saw during their time out of the spotlight. In 2014, Payseur left Brooklyn label Captured Tracks to start his own company, Bayonet Records.

“It’s not a lot different cause I was basically doing everything myself already,” said Payseur. “I was recording it myself, I was booking the recording sessions myself, I was doing the artwork myself.”

I ask Payseur why he would make the move if everything was virtually the same.

“There’s just an easier feeling of not having to think about giving it [the album] to anyone else,” said Payseur. “It’s more relaxed and I don’t have to worry about deadlines.”

When I ask if Captured Tracks would ever critique the records, Payseur told me that was not the case. “They would never tell me I couldn’t use anything,” he said before Davidson jokingly chimed in by saying they wouldn’t let him put 10 Oasis covers on the record (definitely a let down). Payseur went on to tell me that it was mostly about having the time to really experiment with new ideas. That explains why the group took four years to record the follow-up to 2013’s Clash the Truth.

If you want to be reductive about Somersault then yes, Beach Fossils are still making their brand of jangly, dreamy guitar pop. But pigeon-holing the record as just that would be doing it a grave disservice.

I’ve said in the past that third albums are where artists tend to go off the rails. Bands try to stuff too many new ideas onto a record and it ends up sounding bloated and overworked. Beach Fossils do not fall into this trap. They play with new ideas; string arrangements on tracks like “Tangerine” and “Sugar,” spoken word on “Rise,” and even a flute solo on “Saint Ivy,” however, even with these new elements the album never sounds sonically disjointed. It’s one of the slickest, catchiest guitar pop records you will hear all year.

The band is also trying to incorporate these new elements into their live show.

“We got another band member for the tour to play keyboards and trumpet to help us fill that space we couldn’t do as just a four-piece,” said Davidson. “We’re also planning on playing the album with strings and everything once we get back.”

Even though Beach Fossils are trying to expand their live sound into something more ornate, they still want people to have fun at their shows. “Rock shows are just so boring now,” said Payseur. “Everyone is just standing around and at rap shows people are moshing and jumping around and stage diving all the time.” In order to replicate that level of energy, the group have been busting out covers of Oasis, Fatboy Slim, and the even the Lord of the Rings theme song.

Though it’s not their own material, those covers do a great job at showcasing the Beach Fossils ethos at this point: they are just a group of seriously talented musicians making seriously good music while not taking themselves too seriously.