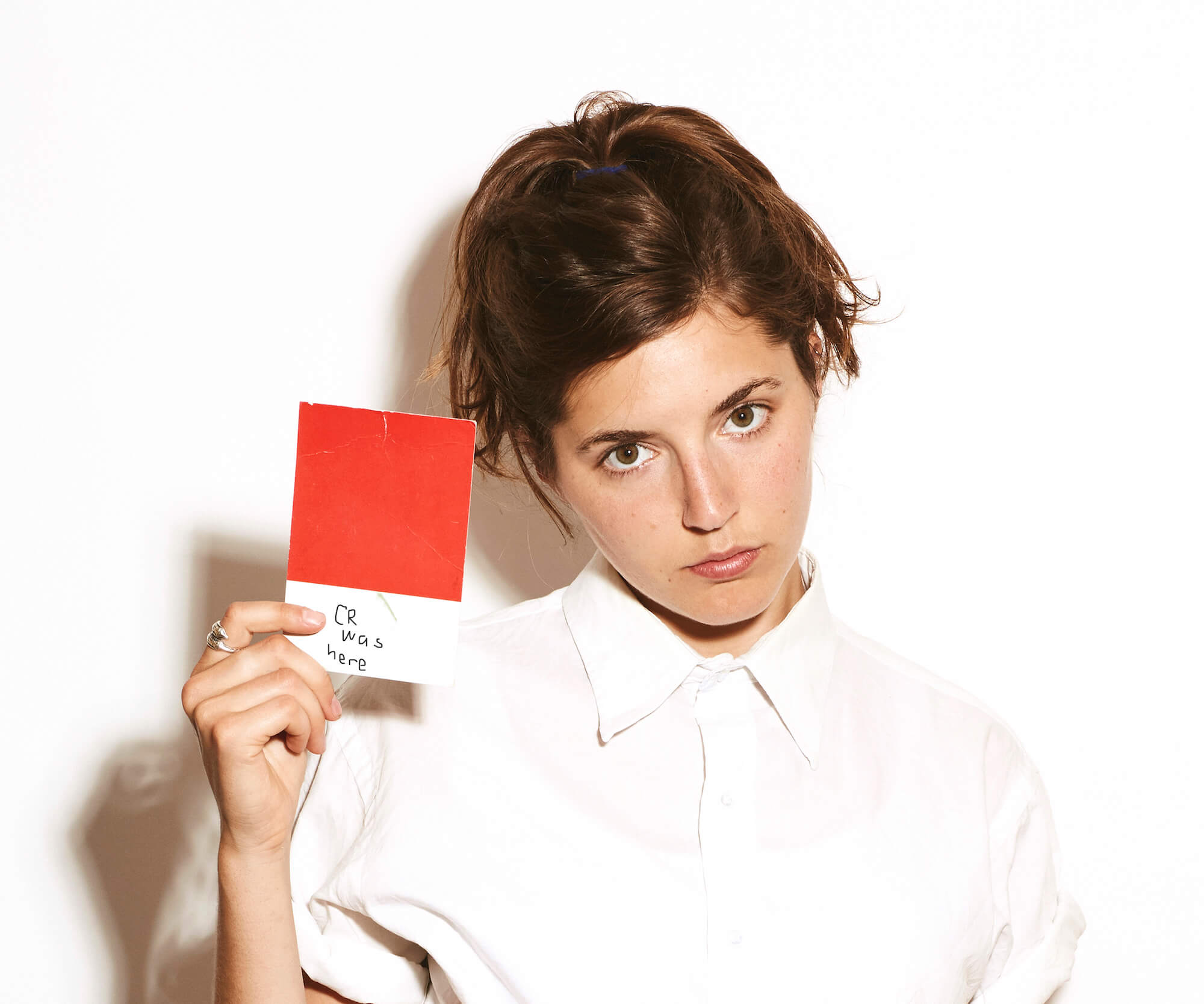 Building a sonic palette is difficult. Some artists spend years fine-tuning their sound with each progressive album in hopes that it will eventually lead to something great. Or, if you are Caroline Rose, you use the album as an opportunity to completely reinvent yourself and it still ends up sounding amazing.

The third album from the talented singer-songwriter is a completely unexpected turn. The blues and country sounds of her last record, I Will Not Be Afraid, have all but disappeared. For her excellent new record, LONER, Rose adopts just about every style imaginable, and I’m not just saying that – this record truly is all over the board. Rose describes her genre as “schizodrift” and you would be hard-pressed to find a better word than that. She moves from airy synth-pop on tracks like “More of the Same” and “Jeannie Becomes a Mom,” to rockabilly (“Money”), to the staccato strings “Getting to Me.” She even has a song dedicated to her own made-up genre called “Smile! AKA Schitzodrift Jam 1 AKA Bikini Intro.”

Lifting from all these different styles can be tricky (and most artists don’t want to be considered schizophrenic), but Rose makes it all work. Rather than a jumbled mess, the album comes across as a rollicking journey through Rose’s psyche, tied together by her feelings of anxiety, jealousy, and yes, loneliness.

How are you doing? How is the start of the tour going?

I’m doing well! Touring is the one thing in my life that is consistently a source of joy.

When comparing albums, the first one seems very single-minded in its musical approach while the second record draws on a range of genres. I’ve read about how you got from the former to the latter, but I’m curious which you think is more difficult to write?

Yeah, I think it’s a lot harder blending together multiple sources of inspiration. To me, the best pop songs sound simple but they’re actually just designed to sound that way. A great pop song can be stacked with layers of genius.

I have two questions about “Getting To Me.” The first is how did you come up with the idea for those staccato strings that are so prominent at the beginning of the song? Second, lyrically it focuses on the unnoticed details you see when you’re alone in the world. Would you say you also look at yourself in a different manner during this time alone? Does it change your perception of yourself or just the world around you?

I wrote the string part in Ableton. I thought the movement of the guitar part kind of flowed in this really beautiful way, like a river or something, and the strings sounded like dropping stones into the water. It added a lightness to it that I really liked. The end version of the string arrangement is actually a lot simpler than the first version. The same with the song “Cry!,” which originally had a very lush and dramatic string section.

Well, I don’t feel lonely currently, so I don’t quite see the world the same way, but if I were I don’t think it’d be much different. Maybe I would feel less sorry for myself now and try to shake myself out of it. I am maybe more militant about my emotions now.

What are the most underrated activities to do alone?

Basically, everything is underrated. A lot of people are really terrified to do things alone.

When talking about “To Die Today,” and your outlook on life in general, death seems to be a driving factor. You’ve mentioned how it makes you appreciate each day and that you’re curious about experiencing the sensation. Is it something you’re scared of?

Oh yes, I’m definitely afraid to die. Well, maybe not the act of dying per say, but the act of leaving things behind. It’s hard for me to reconcile when things end.

I’ve read that you were much more involved in the production side of the music for this record and that you were able to obtain some new gear when recording it. Was there any instrument, in particular, that really inspired you during the writing or recording processes?

I wrote a lot of the record on the OP-1, which is a pocket-size digital synth made by Teenage Engineering. I also got really into using Ableton to manipulate sounds, for sampling, and writing string arrangements.

I was reading that you like to visualize a lot of your songs. Are the music videos the initial images that are coming to you during the writing process or do you develop them later on?

Your character in the video for “Bikini” really freaks me out. Was there a certain type of old-time talk show personality or game show host that inspired it?

Hahaha! Good! I love that! Yes, the references for the video were Tom Jones performing on the Ed Sullivan Show, Nancy Sinatra in “These Boots Were Made For Walkin’” and Bob Barker on the Price Is Right.

Who do you believe is making the best music videos today?

Whoever is making Tyler the Creator’s music videos is a hero to me. Also, the budgets for those videos must be extraordinary.

Much to the dismay girlfriend, mother, and sister I’ve recently gotten into tracksuits and sweatsuits. As an aficionado of this type of activewear, what was your starting point and is there a brand you really enjoy besides Adidas?

(Laughs) Hey, what’s wrong with a tracksuit? And yes, we’ve started weaning off our love for Adidas. We actually have a designer, Gabriel Cheng, who’s now making some custom clothes for us. He’s pretty spectacular.

Caroline Rose will be at the Reverb Lounge on June 7. Ticket are available for $10 at Etix