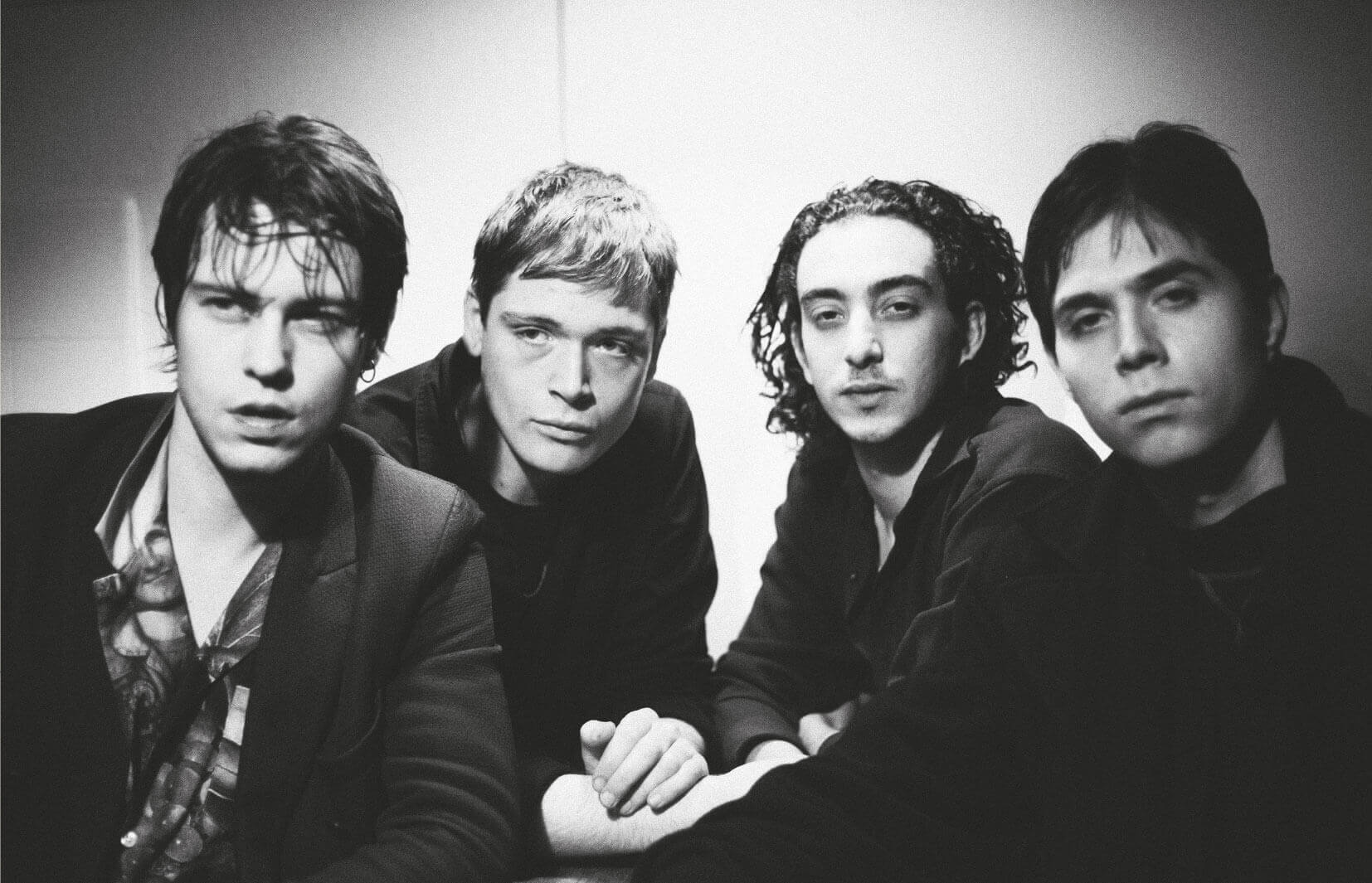 “We can learn our ABCs, plus we’ve got a few books on animals and a Mr. Potatohead,” says Iceage bassist Jakob Tvilling Pless in his thick Danish accent. As I speak to Pless, he and the rest of Iceage are holed up in a kindergarten classroom inside the First Unitarian Church in Philadelphia waiting for sound check. It’s a fitting site for the group that once claimed they were “The Lord’s Favorite.” The band just drove into town a few hours ago from New York where they kicked off the North American leg of their tour behind Beyondless, their new record which was released last month.

Though the band members have been considered dicey interview subjects in the past, Pless seems nothing if not a little bored. He sounds distracted when I talk to him; like he is wandering around the room and rummaging for something else to hold his interest (hence the Mr. Potatohead).

That restlessness is indicative of the group’s collective mindset. When they emerged from Copenhagen with their much-lauded debut New Brigade back in 2011, the band were a no wave-inspired post-punk outfit. Since then, the group have added flourishes of jazz, rockabilly, and country throughout their ensuing records.

All of this has culminated in Beyondless, the band’s fourth record and their second since making the jump to Matador. Unlike Iceage’s prior releases, Beyondless feels vast. It has all the trappings that an increased recording budget affords: bluesy horns, lush strings, sleigh bells, and Sky Ferreira. The group’s long-time producer Nis Bysted helped bring a new expansiveness to this collection of songs and frontman Elias Bender Rønnenfelt’s dark, satirical lyrics sound right at home in their new surroundings. Listening to it feels like turning the corner in a gloomy back alley and stumbling upon endless, slightly-less-gloomy valley.

Despite the greater expanse, the band still chose to record the same way they did for their previous records. They only take the minimum amount of time necessary in the studio – roughly a week to 10 days – to record. Pless tells me that creating in this environment is imperative to getting the best out of the band. “It produces this natural stress that we can work under that’s good for us. It keeps us from growing stagnant.”

Pless and the rest of the band’s members constantly harp upon this notion of wanting to remain fresh and not rest on their laurels. I ask Pless if he ever steps back and takes pride in anything the band have made, or if that sort of thinking would be toxic. “I gotta say, we felt pretty damn good after we made this last one.”

That need for evolution seeps into the band’s live show as well. When they finish a song they feel particularly proud of they will instantly incorporate it into their setlist. Pless says that oftentimes a song will differ greatly from when they first write it to when they record. Playing it live gives them the opportunity to work out the kinks. For the upcoming Omaha show though, Pless tells me that fans should not be expecting anything unreleased as the band are not planning to write any new material until the tour is over.

I ask Pless if he ever finds it weird to play in someplace like Omaha considering where the band hail from and the type of music they make. “Not really. We’ll go wherever as long as the booking agent sets it up and there are a few interested fans,” he says. “Sometimes it leads to the best crowds because people in small towns have nothing else to do but come and see us play.”

In fact, the group members have fond memories of their previous trip to Omaha. “The last time we played Omaha we had a really strange night,” recalls Pless. “We ran into a bunch of people in some warehouse and started riding a motorcycle around there in the middle of the night.”

As our talk comes to a close, Pless and I make small talk on a number of topics. We chat about an art installation in Tokyo in which the band performed in a barely-lit room, surrounded by thousands of technicolor flowers, influences, and what the rest of his summer looks like. As I do with every European person I meet, I find it is necessary to discuss soccer. I ask Pless for his thoughts on the upcoming Champions League final between Liverpool and Real Madrid. He tells me that he and the rest band’s members are not really fans of the sport and have no more than a cursory knowledge of it. Before I can ask him if there are any sports he does follow, someone grabs the phone and yells something in Danish before the call is dropped. It’s an abrupt and jarring end to an otherwise tame interview.

The band may have grown up but they certainly have not mellowed out. Not yet at least. Thank the lord.

Iceage will be at the Waiting Room on June 18. Tickets are available at Etix for $13.