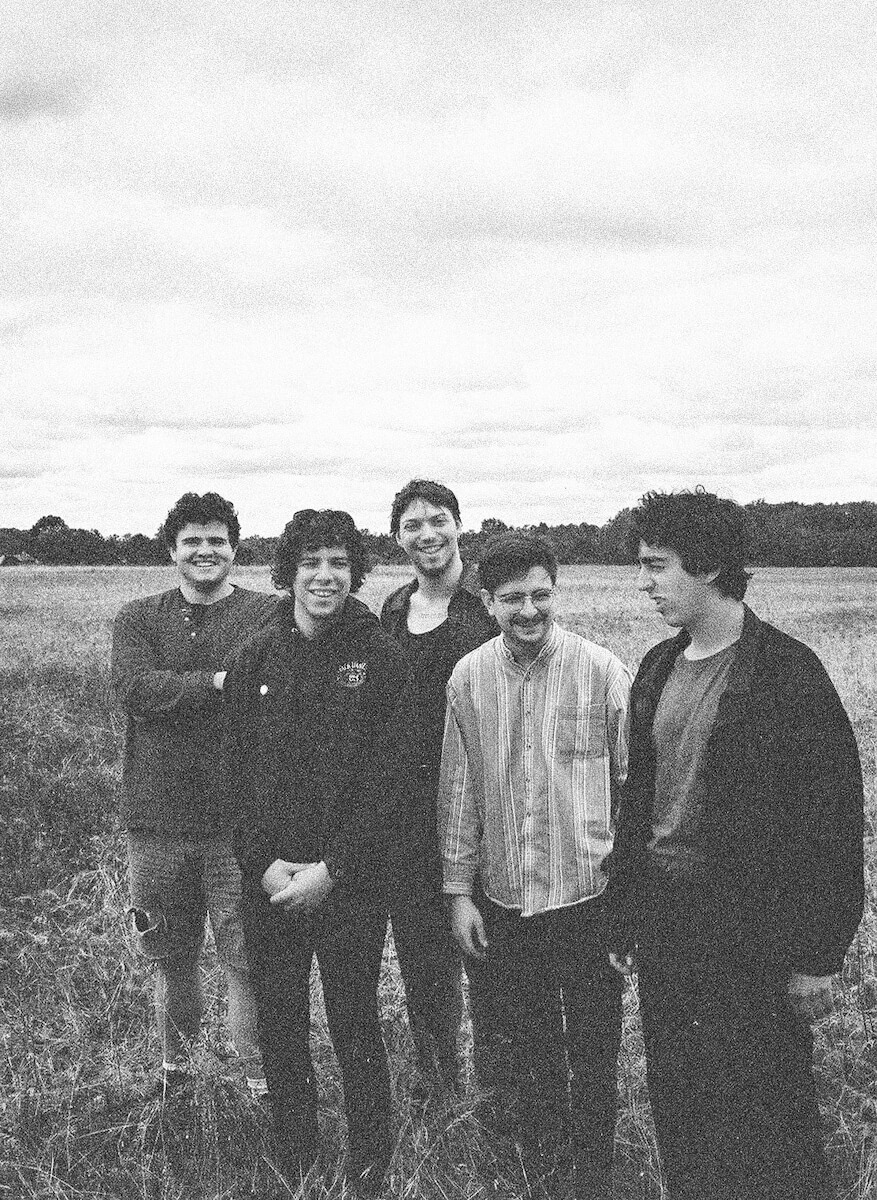 Watching a band you like grow up can be a sad and scary experience. After years together both on the road and in the studio, some groups become jaded and start putting less effort into their music, their performances, and even their own personal hygiene. The fact that the music suffers is only part of the reason we find watching this so disturbing. What we really find sad about this situation is that we see some of ourselves in these bands; growing older, slower, and unhappier.

Fortunately for us, there are also bands like Twin Peaks that make us forget about all that shit and give us a reason to rock out. The Chicago five-piece has been cranking out some of wildest, most righteously fun rock n’ roll of the last five years. They are the antithesis of the arena-rock tour machine, and they are exactly the sort of band you want to see on a hard-drinking Saturday night.

The band released their debut album, Sunken, in 2013. Full of needle-in-the-red, overdriven fun, Sunken was a wildly entertaining introduction to a promising young band from Chicago’s DIY scene. From there, they released 2014’s more fully realized Wild Onion. Full of catchy garage rock tunes, subtle psychedelic flourishes, and punk energy, Wild Onion drew the attention of major music publications across the country and the pond (it landed on British music mag NME’s Top 50 Albums of 2014).

Down in Heaven, the band’s effort from 2016, found the band changing gears. The tempos slowed, the distortion was turned down, and resulting album sounded like something more akin to early ’70s Rolling Stones than WAVVES.

This change in sound had many critics labeling the band as “mature” which was strange considering (a) no one in the band was past their mid-twenties, and (b) the band have always had a penchant for good songwriting and catchy licks.

“A lot of the new stuff is just better,” bassist Jack Dolan tells me over the phone when I ask him about the press’ view of the band. “We’re older so you’d just expect that we’d get a little better at this.”

The band’s most recent release, Sweet ’17 Singles, finds that confidence on full display as it is the most stylistically diverse collection of songs the group has released. There’s breezy guitar pop (“Come for Me”), lo-fi finger-picking (“Fat Chance”), and even minor-key new-wave (“Sun and the Trees”). Fans looking for the Stone-esque goodness of the last record will still be more than happy with tracks like “Under the Pines” and “Shake Your Lonely.”

It also sounds surprisingly cohesive for a singles collection. “We pick up on what each other are making,” says Dolan. “It’s funny cause for a lot of these songs we could just go off and do whatever we wanted, but I still think it sounds like a good record as a whole.” Agreed.

To celebrate the release of Sweet ’17 Singles, the band recently did a three-night run of sold-out shows at Chicago’s Thalia Hall. “It great playing at home because if you give them a good show people will be psyched, and if you suck they’ll also be psyched,” jokes Dolan. After selling 3,000 tickets for those shows and garnering rave reviews, it’s safe to say that more people were in the former camp than the latter.

The band is hoping to keep that momentum rolling as they head into their next stint on the road. The month-long tour will be the band’s last for the spring and summer, with the exception of the odd festival date. Instead, the group will be decamping to Chicago to work on their next record. “When we were doing the singles series we didn’t have a few months to work on it,” Dolan tells me. “For the next record, we built our own little headquarters to record in at Treehouse Records, and we want to take time off to make it great.”

Even without that mindset and attention to detail, Sweet ’17 Singles still managed debut at number eight on the vinyl charts when it was released last month and that level of success is affording the band some truly special commercial opportunities.

“We’re playing this big pizza party in Chicago later this year,” Dolan tells me while chuckling. “We also get an unlimited amount of Old Style delivered to our studio for the year too.” Dolan goes on to say that if these are the types of opportunities his band continue to receive, they will gladly take all the help they can get.

Joking aside, Dolan expresses pride when talking about getting to work with these Chicago brands since the band holds their hometown in high esteem. He seems even happier when I bring up the well-received (and sold out) Whitney/NE-HI show at the Waiting Room that happened last December. “We’re proud just because we’re always repping our city and the music that comes out of it,” Dolan explains. “We played at NE-HI’s first show when we were all like 15-years-olds so when they succeed, you kinda feel like you succeeded in a way.” However, the success is not that much of a surprise to Dolan. “I mean we’re all fucking good-as-hell,” he adds.

I ask Dolan what fans should expect at the band’s upcoming show at the newly-opened Royal Grove in Lincoln. “We’re over the go-as-loud-as-we-can phase and we’re trying to get a better sound,” says Dolan. “We’re playing a lot of new stuff on the tour like ‘Tossing Tears,’ ‘Blue Coupe,’ ‘In the Meadow,’ but also on the last couple tours, we haven’t played ‘Stand in the Sand’ which we’ve been playing since we were 17 so that’s kind of weird.”

Of those new tunes that the band is adding to their live repertoire, “Blue Coupe” holds a special place in Dolan’s heart. Dolan dedicated the song, the only one on Sweet ’17 Singles on which he sings, to the three friends he lost to drug use over the past three years.

“What’s been most special for me, is seeing people react to it,” Dolan tells me. “Seeing the song resonating with certain people so much that they’re crying is the most validating experience for me.”

To end the interview on a lighter note, I ask Dolan, a huge basketball fan, for his take on the NBA season. After getting his thoughts on who his hometown Chicago Bulls should take if they were to get the number one pick (it’s between Marvin Bagley of Duke and Mo Bamba of Texas) and whether the Oklahoma City Thunder’s MVP point guard Russell Westbrook is overrated (he’s not), I ask Dolan who Twin Peaks’ basketball equivalent is. “It sounds lazy cause we just talked about him but I have to say Russ (referring to the aforementioned OKC point guard),” Dolan says. “We’re still pretty loud, in your face, theatrical, and we do it all. We run the whole board.”

Is it cocky to compare your band to one of the best players in NBA? Absolutely. Would I want my rock and roll stars answering any other way? Absolutely not.

For advanced tickets to watch Twin Peaks run the whole board visit Etix.