Home » Music » Wild Nothing Is Expanding His Horizons 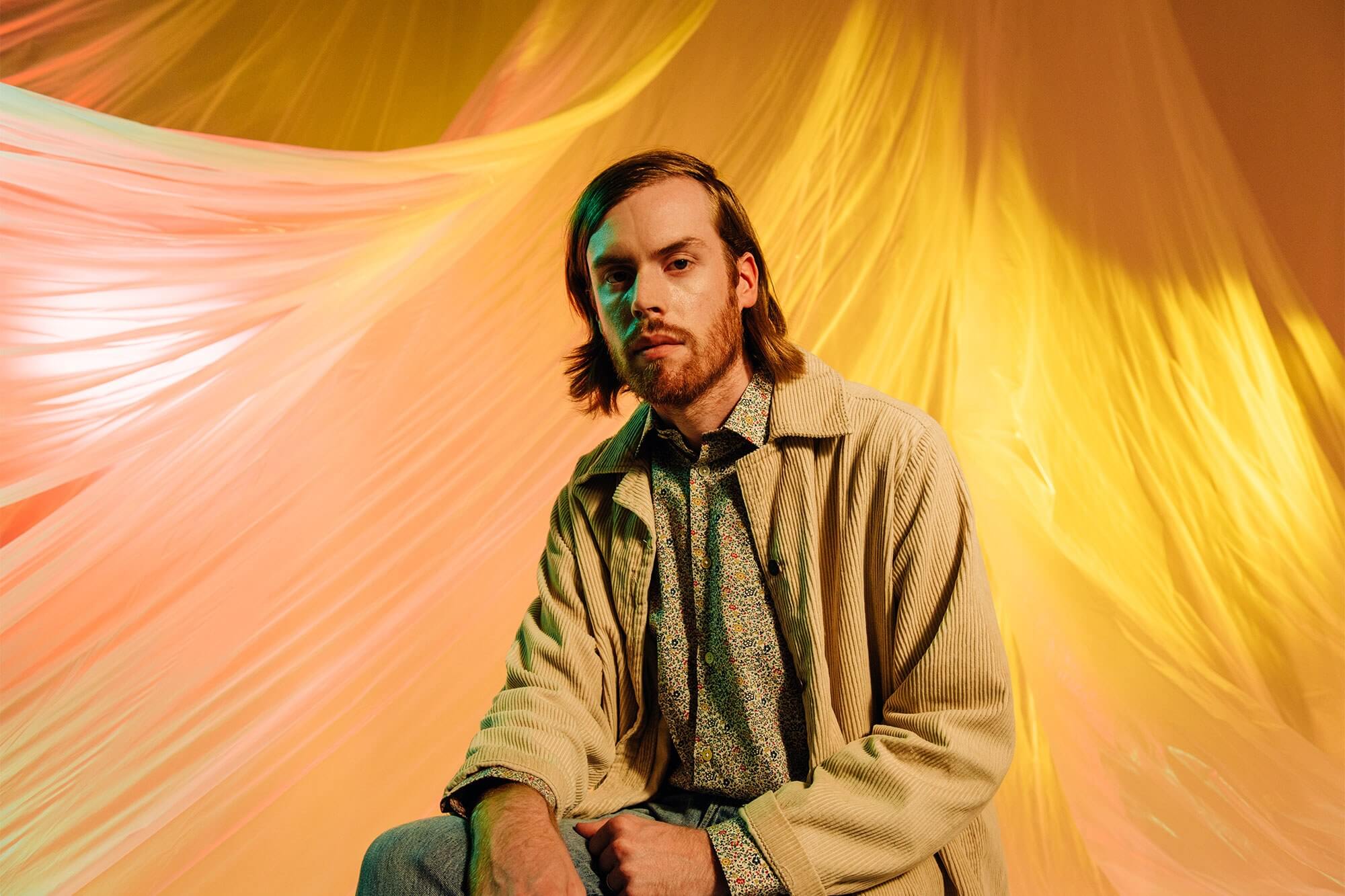 Consistency can be a curse. It’s the lows that make people appreciate the highs. If someone releases a pile of burning garbage before a masterstroke, the stark contrast makes the latter shine even brighter. Would Radiohead’s The Bends still be considered a classic if it didn’t have the uninspired pseudo-grunge of Pablo Honey preceding it? Is the Stone Roses self-titled debut helped by the fact that Second Coming was an overhyped mess? Would Room On Fire be regarded as a return to form if it comes out after First Impressions of Earth rather than before? These are all unanswerable questions of course, but it does highlight how people appreciate an interesting narrative arc when it comes to album releases and that being consistently good at one thing just isn’t as absorbing.

This is unfortunate, especially if you’re someone like Jack Tatum, the architect behind Wild Nothing. Since 2010, Tatum has released four albums and two EPs that range from good to great and find him mining slightly different areas of dream pop and new wave. With each release though, the fanfare seems to have decreased. Pitchfork is no longer drooling over his every release, and the albums aren’t charting as high despite, or perhaps because, there has yet to be a dip in quality.

It’s a shame because Indigo, Tatum’s fourth studio effort, might be his best. Full of whirling odes to the romantic alternative artists of the ’80s – think the Cure and New Order – the album works as a greatest hits album of the era funneled through Tatum’s mind.

As he makes his way to the Slowdown for next Tuesday’s show, Tatum was nice enough to take some time out of his schedule discuss Indigo, his writing process, and upcoming collaborations.

I was reading that part of your mindset when recording this record was that the “one trick pony” label was weighing heavily on you and you wanted to try to expand your horizons. I’ve also read that you don’t want to alienate your audience when you release a record. Do you think you owe your audience anything in terms of stylistic consistency?

It’s hard not to consider the audience when I’m making things, but I don’t necessarily feel that I owe anyone anything when it comes to my music. If anything, I somehow felt like I owed the project itself some sort of consistency because as I’ve gotten older it’s taken on an identity that’s slightly separate from me as a person. That’s a result of having these records out and becoming a part of people’s lives for years now. It’s odd, but I think having those kinds of creative fears about being defined as a one trick pony are pretty universal.

You first popped up at a time when people were putting a premium on things they could slap signifiers like “lo-fi,” “dreamy,” or “shoegazey” on, and I think Captured Tracks made good by signing a lot of artists that they believed fit that mold. What I’m curious about is if you think your music would have been as popular as it is if it were released a couple years earlier or later. In essence, does timing matter more than talent?

I don’t know if I would have found the same kind of success were the timing different. I suspect probably not. Timing is certainly important, but I also don’t think that should undermine the amount of hard work and dedication that goes into a project like this. Talent isn’t always a prerequisite for success, unfortunately, but I think more often than not it takes both. I started releasing music at a weird time, and aspects of what I did and do were definitely in fashion at the time in a way that they aren’t really now. Nothing about what Captured did at the time felt like a gimmick or exploitative of a fad to me though. If you talk to anyone from that time it really felt like a genuine community.

I’ve noticed on Spotify that Genius breaks down every song on Indigo. It’s interesting because I love reading about how certain songs are made but at the same time I think it’s very weird for a service to explain a song verse-by-verse. I think it kind of prohibits people from being able to form their own opinions about what they are hearing. When it comes to the songwriting process, are you more concerned with giving your audience a snapshot of your psyche or giving them something to imprint their own psyche onto?

I get what you’re saying but I’m not sure I agree. It’s just a thing that exists. It’s there for fans that want it, some people want a backstory, some people don’t need it. I don’t really have a preference either way for the kind of relationship people have with my lyrics. I’m more the kind of person who doesn’t need a backstory for the songs I like so in that sense I agree with you, but sometimes it helps people clear up misinterpretations, which I like. Either way, it doesn’t bug me.

I saw a description saying the video for “Letting Go” was inspired by David Lynch, is that because I shouldn’t have a clue of what’s going on?

Haha well, I wouldn’t say you’re supposed to have no idea what’s happening. There’s a loose narrative to the video, essentially it’s just about death and the loss of a family member, but it’s filtered through a surrealist lens to be sure. It’s not meant to be overly obtuse. It’s more inspired by Giallo films than David Lynch really.

Do you have a favorite song on the record?

I gravitate towards different songs for different reasons. “Partners In Motion” has been a favorite to play live because it seems to connect with people in a more visceral way in that setting. Honestly, though I’ve kind of stopped listening to the record now that we’re playing shows. It’s too much.

You said this record you wanted to sound expensive. What’s something that you would like to do on record if the budget wasn’t an option? Was there anything on Indigo that you wanted to do but were not able to because of budget restrictions?

I fully get how pretentious that sounds. I think when I said I wanted to sound expensive I just meant that I wanted it to sound like some of the big budget records that I hold close to my heart. Records from a time when there was more money going around the business. I think all things considered there wasn’t much I wanted to do that I wasn’t able to. There are logistical things, I would’ve loved to spend more time tracking at Sunset Sound instead of the four days we did.

You wear your influences pretty boldly on your sleeve – how do you toe the line between showing reverence for an artist without ripping them off completely, or do you try to rip off certain artists completely?

Part of the fun of ripping people off is that it’s actually pretty hard to do well because everything gets filtered through your own mind. I just feel like I should be open about the things I like – why try and pretend like I came up with certain ideas myself? I don’t have an ego about it. I know I’m a collage artist. I pick and choose the things that draw me into the songs I love and find ways to repurpose them. It’s not my intention to be anyone else though. I don’t have identity envy, I’m still me. Maybe I’m delusional but I don’t think there are a lot of other people doing exactly what I’m doing at the moment, regardless of what I’m borrowing. Everyone has a unique voice despite how they use their influences. All ideas are input-based in my opinion, nothing is born out of thin air.

Where would you rank Indigo in your discography?

I’d rank it as the 4th consecutive record.

You’ve discussed wanting to produce. Is there anyone that you see yourself realistically producing for in the near future?

Yeah, I’d definitely still like to get into production, but more than that I’d like to just start collaborating more either on a songwriting level or technical level. I’ve been lucky enough to do a handful of things like that already. Michelle from Japanese Breakfast and I wrote a song that I’m hoping will eventually see the light of day.

Finally, as an ’80s music fan, what are the decade’s most over/underrated albums?

That’s a tough one. I mean I’ve always thought that both The Go-Betweens and Prefab Sprout are criminally underrated bands with amazing discographies. Overrated though? That’s hard. Unpopular opinion though: New Order is better than Joy Division.

For tickets to Wild Nothing visit Ticketfly