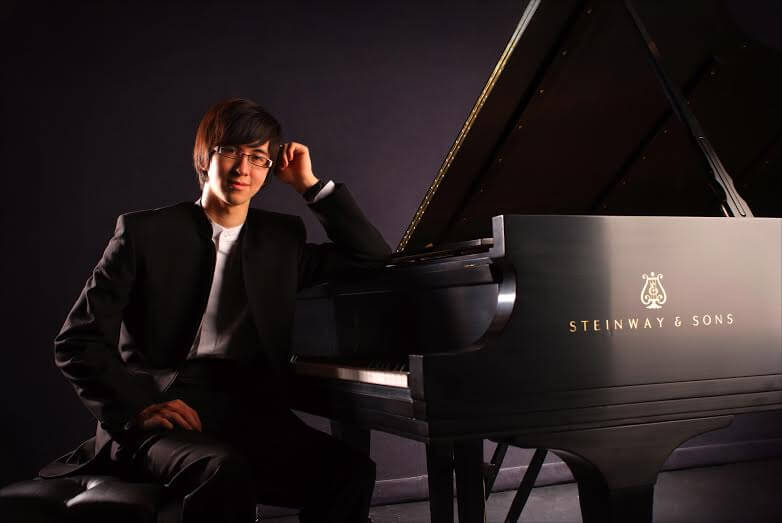 In the 1920s American music was brightening up the Old World. Jazz had arrived on those shores. France’s Darius Milhaud had heard it in Harlem and blended that into his 1923 ballet La Création du monde. Not long thereafter, further downtown, Maurice Ravel experienced Gershwin’s “Rhapsody In Blue” “Personally I find jazz most interesting: the rhythms, the way the melodies are handled, the melodies themselves,” Ravel commented. That influence colored his Piano Concerto in G major, debuting in 1932. He pointed out as well that he wanted the piece to be “in the spirit of Mozart and Saint-Saëns…gay and brilliant.” Audiences world-wide constantly find it a delight.

Rippling and caressing the keyboard is Centralia, Washington-born Charlie Albright whose “impressive range of differently colored sounds at the keyboard was matched by overwhelming virtuosity” said the Washington Post  His current season finds him appearing with, among others, the Houston and Seattle Symphonies. Just prior, Albright was out front with the BBC Concert Orchestra and jazz singer Bobby McFerrin. More at http://charliealbright.com/Biography.html

The concert by the Omaha Symphony is called “French Masterpieces” and also features the hugely popular Symphony in D minor by Belgian-born Parisian César Franck. It is that nation’s “most significant late-19th century symphony” according to The Guardian also calling it “lyrical,” “joyous” and “dramatic.”

Part of that celebrated Gallic domain is Edouard Lalo’s overture to his 1888 opera “Le roi d’Ys”, written in the same year in which Franck created his symphony. Program annotator Paul Schiavo calls the overture “one of the finest works of its kind by a French composer” describing it as “highly charged.”

Quebec-born Jacques Lacombe conducts. He was music director of the New Jersey Symphony Orchestra for six years and has been on podiums of the Boston Symphony, Montreal’s, L ’Orchestre Lamoureux in Paris, at Berlin’s Deutsche Oper and many more. The London Times says that Lacombe “conducts with flair and an eye for detail.” More: www.jacqueslacombe.com/en

American composer Virgil Thomson, a 20 year resident of Paris, claimed that French music has always been quite special with its own distinctive personality. Here’s a chance to immerse yourself in that territory.