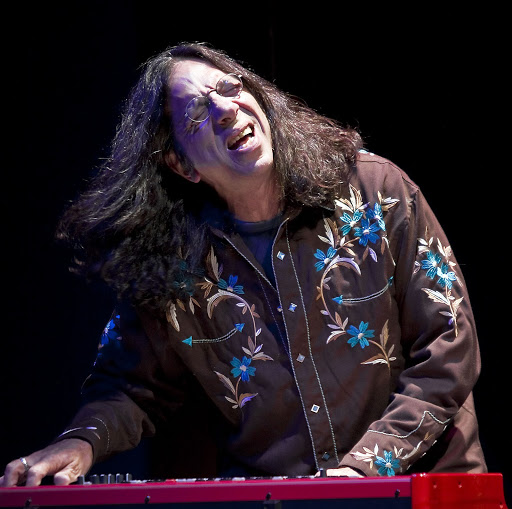 Bruce Katz is one of the top blues-jazz-R&B keyboard players on the planet. He has been nominated for multiple Blues Music Awards and played this year’s awards ceremony performing alongside John Hammond. Katz has returned to fronting his own band after spending a few years on the road in the bands of artists like Gregg Allman, Delbert McClinton and Hammond. John Hammond says of Katz “This man is as good as it gets. One of the greatest keyboard artists I’ve ever heard.” A Facebook fan of Katz’s eloquently raved “This cat rivals Miles Davis’ authority. This show will change your molecular structure. He smashes the atom!”

Katz’s playing is brilliant, powerful, versatile and can take soaring flights or dig deep into the groove. If you are a fan of Hammond B-3 virtuosity, you need to see Katz. He’s one of the best working today, a must for fans of soulful playing and serious musicianship. He’s touring in support of his recent disc Homecoming, which has hit the Top 10 on Living Blues magazine’s radio chart. See brucekatzband.com. Enjoy Katz and his band up close and personal in their only Nebraska show at Lincoln’s Zoo Bar Wednesday, June 3, 6-9 p.m.

Detroit’s Laura Rain & The Caesars are making their mark on the retro-fueled R&B scene. If you like Josh Hoyer & The Shadowboxers or Sharon Jones, you’ll get into Rain’s bright, soulful R&B/funk grooves.

Blues Revue’s Tom Hyslop said of their debut disc that it is “uptown and lowdown, hungry, vivid, and confident…just plain badass” adding that “very few vocalists are in her class when the discussion gets serious about technique, instrument, emotion, and absolute freedom of expression. Laura Rain is a real soul singer, period.” Hear their whole disc streaming at laurarain.net. I like what I hear a whole lot and am looking forward to seeing this band live. Laura Rain & The Caesars play The 21st Saloon Thursday, June 4, 6-9 p.m.

Steel guitar star Robert Randolph plays Knickerbockers in Lincoln Friday, May 29, 9 p.m. Opening is the Hector Anchondo Band. Randolph is one of the finest guitar players working, with a virtuosity on the pedal-steel that is inspired by the Pentecostal sacred steel traditions of the south and players like The Campbell Brothers.

Singer-songwriter-guitarist Eric Taylor is a remarkable songwriter with a gift for words, stories and performance. He spins character studies that may or may not be lifted from real-life encounters with a depth and lyricism that keeps the listener riveted, sometimes with laughter and sometimes with a tear or two. Taylor is a master at his craft who started out in the same Houston scene that artists like Townes Van Zandt, Guy Clark, Steve Earle & Lyle Lovett learned their craft in. Taylor plays Omaha’s FolkHouse concert series coming up next Saturday, June 6, 7:30 p.m. See folkhouseconcerts.com for the house concert location and to RSVP.

Taylor regularly plays events like the Kerrville Folk Festival and the Telluride Americana Festival. Taylor is a Hoodoo favorite who only makes it to Omaha every couple of years. For more about Taylor see bluerubymusic.com.

Steve Byam’s 40SINNERS is back in action with a standing “first Thursday” gig at the Harney Street Tavern in the Old Market. See what this local blues guitar slinger can do Thursday, June 4, 9 p.m.

The downtown Hilton, 1001 Cass St., has put together a Sunday afternoon concert series in their Liberty Tavern’s north patio. Featured this weekend is jazz from Matt Wallace Sunday, May 31. Music is free and bands play 5-8 p.m. A variety of artists are scheduled including Austin’s Band of Heathens, who are appearing Sunday, June 14.