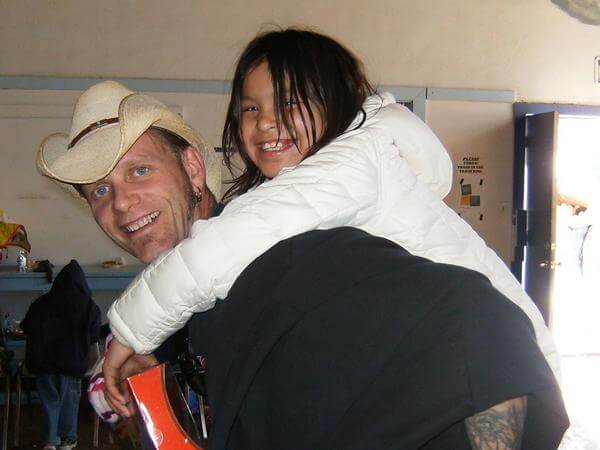 Since 2003, local musician Lash LaRue has been hosting events to gather toys for the children of the Pine Ridge Reservation. This is the poorest zip code in the U.S. and without donations, most children and families would have nothing to celebrate Christmas. This year’s concert events happen this weekend, beginning Thursday, Nov. 29, 8 p.m., at The Waiting Room, with the CD release and listening party for Vol. IV of the benefit CD series. The disc showcases original tracks composed and recorded by local musicians for the Toy Drive.

Friday, Nov. 30, 8 p.m. at The Side Door Lounge catch Michael Campbell, Korey Anderson, All Young Girls Are Machine Guns, Gunnar Guenette and Lash himself. At The Waiting Room Saturday, Dec. 1, acts performing are The Blacktop Ramblers, Cannonista and Secret Weapon. Admission to each of the Friday and Saturday shows is $10 or a new, unwrapped toy of equal or greater value.

Tune in to 89.7 The River next Sunday, Dec. 9, 8 a.m.-noon for Toy Drive live in the studio with special guests plus featured tracks from the benefit CDs Vols. I-IV.

See ToyDriveForPineRidge.com for details, including statistics on the level of poverty and conditions on the reservation. Beyond toys, which give kids hope at the holiday, the Toy Drive donates blankets and contributes to the emergency heating fund.

Brad Hoshaw and Elizabeth Webb have been collaborating with the Blue Barn Theatre on music for a project with a murderous theme. Grass So Tall, Sky So Black opens Nov. 30 at the Blue Barn. See Facebook.com/bbwitchinghour.