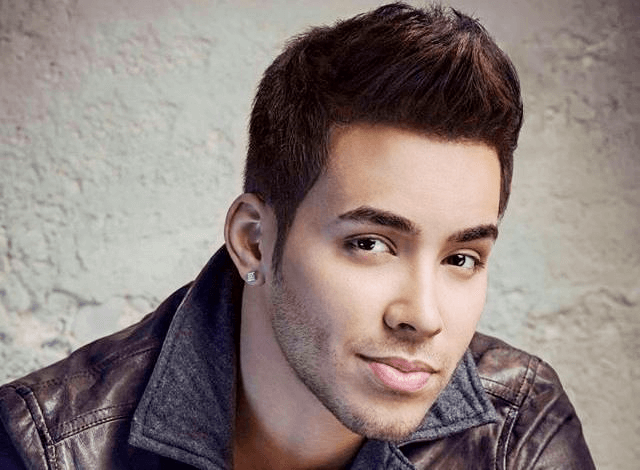 Latin music superstar Prince Royce will bring his unique pop sensibilities to the Stir Concert Cove Aug. 20. He will be one of the first Latin performers to take that Harrah’s stage. Although he’s an international pop sensation, Royce remains humble:  “I still don’t think I have made it,” he admits. “I can say there have been highlights — like performing with Ben E. King at the Latin Grammys, performing with artists like Maná, Wisin y Yandel, Daddy Yankee & Thalía, winning awards, my concert at Viña del Mar, signing my contract with RCA for the pop album, etc. But there is still lots for me to accomplish and to feel I have really made it. Read more about this unique artist in our exclusive interview below. And take note ladies: Royce will be serenading a special girl at his Wednesday night show.

Q: Could you tell us a little about how you got into music and did you have any specific influences that lead you there?

A: First I started writing poetry at about 8 years of age and with time the poems became songs.  I started out singing more urban music, in English as well as in Spanish and then I decided to sing bachata an recorded my first demo which became my first album when my first label signed me.

Q: What was it like to grow up in the Bronx? Do you think it had an impact on your style or genre?

A: It definitely has had a lot to do with my style.  The diversity and that urban edge in my music comes from being raised in the Bronx.

Q: Could you explain your music to uninitiated?

A: My style is bachata fused with pop and urban sounds. Bachata comes from the Dominican Republic where my parents are from and I grew up visiting every summer.  I was born in New York and also grew up with pop and R&B so my music is a mixture of all of those influences.  I had one song that had mariachi sounds called “Incondicional” and now have a version of “Soy El Mismo” which has banda sounds. I love musical fusions and always being creative.

Q: Both your parents are from the Dominican Republic, were you raised with those specific traditions and values and what was that like?

A: I was raised with all of the Dominican traditions as well as the foods and also the family values and parents that were very strict and made sure we stayed off the streets and away from the wrong kind of friends.  Thanks to that I am here today and have the discipline and work ethic to do what I do today.

Q: What have been your biggest challenges in pursuing a career as a singer songwriter?

A: It takes a while to adjust to being part of the music industry.  It is not easy and a lot of people end up being not so trustworthy.  You just have to realize that not everything is what it seems, surround yourself with the best possible team, work like crazy, stay creative and not take anything personally.

Q: At what point in your career did you really feel like you had made it?

A: I still don’t think I have made it. I can say there have been highlights like performing with Ben E King at the Latin Grammys, performing with artists like Maná, Wisin y Yandel, Daddy Yankee & Thalía, winning awards, my concert at Viña del Mar, signing my contract with RCA for the pop album, etc but there is still lots for me to accomplish and to feel I have made it.

Q: You sing in both Spanish and English, is there a specific vibe you prefer with one or the other?

A: I love both – I speak and think in both so I cannot say I prefer singing in one or the other. They are both a part of me and how I express myself.

Q: What are you most proud of thus far in your career?

A: I am most proud of my songs. I feel that is part of a composer’s legacy and it is amazing to see how music touches peoples lives.

Q: What did you learn from being a coach on Telemundo’s La Voz Kids?

A: I learned that there is so much great talent in out there and that many young people just need that chance and that exposure to show what they’ve got.  It was awesome to see the kids grow and develop their talent during the show and I loved being their coach and mentor.

Q: You are currently on tour what have been some of your favorite performances?

A: Every performance is special and different.  I suppose my favorite part of all of them is interacting with the fans, feeling their energy and affection – that is what I feed off of every night on tour and it is truly exhilarating.

Q: You will be performing at Harrah’s Stir Cove, can you tell the audience what is in store for them?

A: They will get a show that includes all of my hits as well as my newer songs, one of the greatest modern bachata bands and the best I have to give of myself with lots of audience interaction including a serenade to a special girl from the audience.