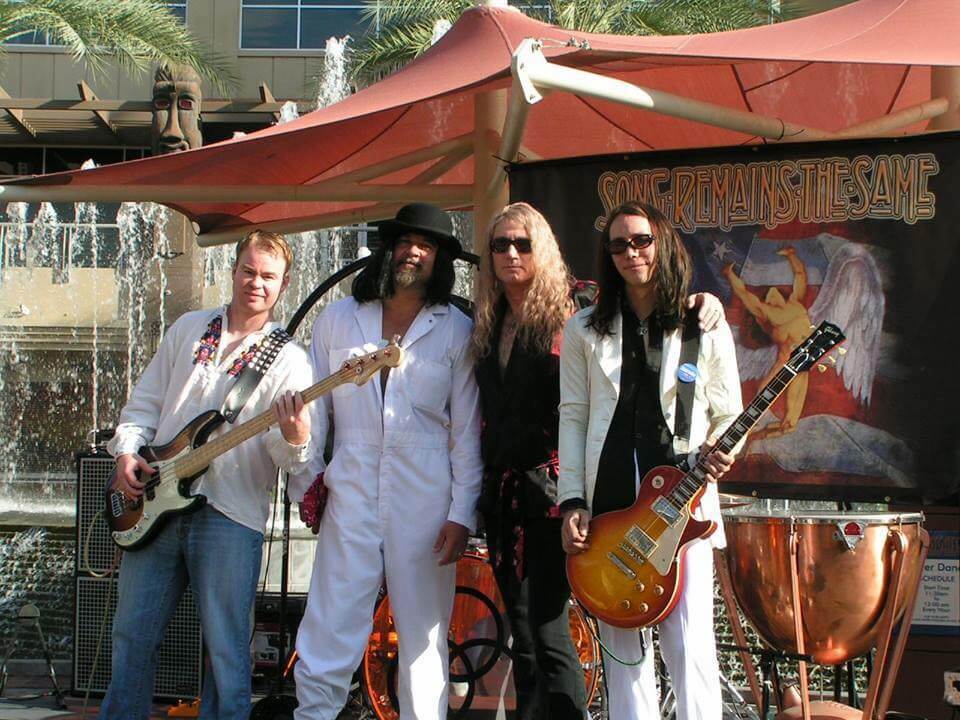 Song Remains the Same, a Led Zeppelin tribute band from Phoenix, AZ have not performed a show for over three years, since the death of fellow bandmate, drummer Javier Ochoa. Not only was Ochoa a member of this tribute band, but he was also a drummer in bands such as Two Drag Club, Goodbye Sunday, The Get, Blah Buddah and even Omaha rock band, Diana & the Maries. Song Remains the Same have regrouped and this four-piece band, made up of Anthony Bianchi, Nick Sterling, Fil Lopez and Nick Marshall, are sure to bring a great show to Omaha. This band is said to transport the audience back in time spanning the entire Led Zeppelin catalog. Whether you’re a die-hard fan or you only know a few songs, bring your rocking attitude to this concert. A portion of the proceeds for this event will go to MS Society in honor of Ochoa, who put together a benefit concert yearly for the charity. Joining Song Remains the Same will be Bennie and the Gents. This tribute band features songs from 70s Glitter or Glam Rock from bands like Ziggy Stardust, The Ramones, Iggy Pop, Queen, Alice Cooper, T-Rex, Slade and many more.