Big shows this month include the return of hard-charging rockabilly heroes The Paladins for two shows at Lincoln’s Zoo Bar Tuesday, Nov. 15 and Thursday, Nov. 17, 6-9 p.m. both nights. Fans newer to the roots scene may recognize guitarist Dave Gonzalez as the co-leader of the Hacienda Brothers with the late Chris Gaffney. But for a couple decades prior to the Hacienda Brothers, Gonzalez was part of the astonishingly tight and rockin’ Paladins along with bassist Thomas Yearsley. Brian Fahey is back in the drummer’s chair for this tour. The band is hitting a select series of venues in support of the release of a double vinyl, Slippin’ In Ernesto’s (Lux Records). See paladinsband.com and luxrecordsusa.com. 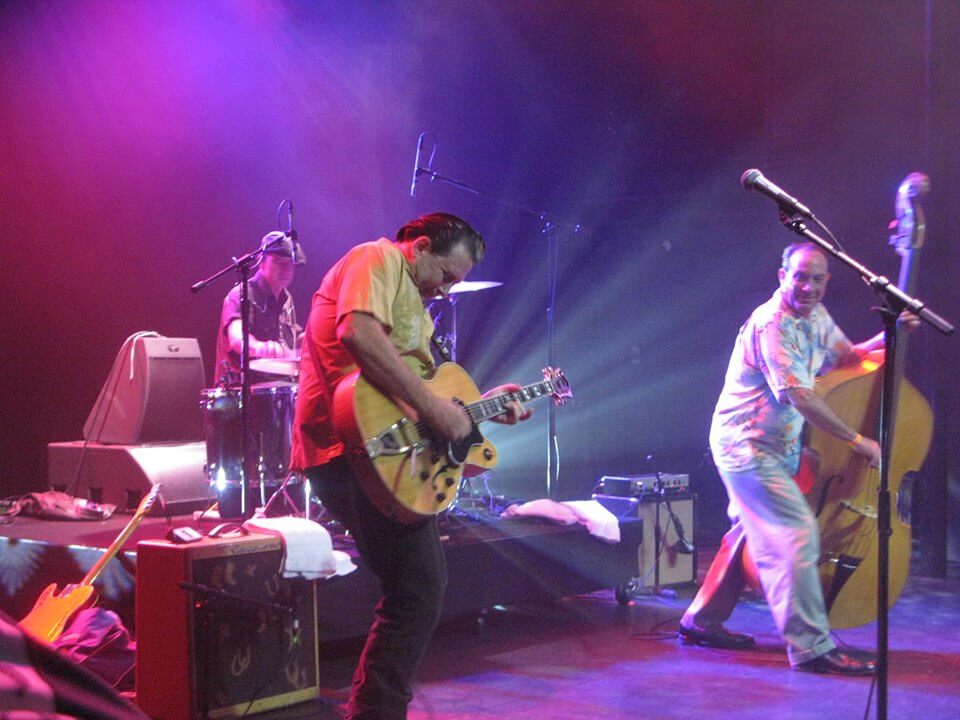 I caught Houston’s Annika Chambers in 2015 playing before the Blues Music Awards in Memphis, Her highly entertaining show and excellent band put on a memorable set. On Thursday, Dec. 1, they make what I believe Is their Omaha debut. Catch this artist, she’s poised to become a national blues audience favorite after racking up notable Houston awards for her big voice and voluptuous stage presence. See annikachambers.com.

Tennessee Americana songwriter Matt Woods gigs at Reverb Lounge Sunday, Nov. 13, 8 p.m. with Evan Bartels. See therealmattwoods.com. Country band Slim Cessna’s Auto Club is a 20-year veteran of the Denver roots music scene. Jello Biafra said that they’re “the country band that plays the bar at the end of the world.” Intrigued? Check then out Thursday, Nov. 17, 9 p.m. at the Reverb and at slimcessnasautoclub.com.

Mark your calendar for this year’s Toy Drive for Pine Ridge events. Saturday, Dec. 3, Lash LaRue’s annual event takes over both the Waiting Room and Reverb Lounge. Sunday, Dec. 4, I’ll be joining LaRue, aka Larry Dunn, on Rick Galusha’s P.S. Blues program on 89.7 The River for another Toy Drive tradition. We’ll have live music in the studios and help raise awareness about the needs of families on the Reservation. Sunday, Dec. 4, the Blues Society of Omaha co-hosts live music and a holiday party to benefit the charity. Visit facebook.com/Toydriveforpineridge for updates and details.