For Jeff Davis, booking and staging the annual Playing With Fire concerts is all about the music and the community.

“ I was spending a lot of time and money traveling to other cities to see the artists that interested me,” Davis said. “I kept saying that I wished someone would create a series of events in Omaha that would play the artists I enjoy. I finally realized that that someone could be me.

“ Secondarily, my business had been successful in Omaha and I thought I should give something back to the city. Why not give something that I enjoy? We wanted to build community and use music as the vehicle. If it’s free, then everyone could attend. We are all here. We are all neighbors. Let’s have a party!”

When asked what audiences can expect this year, Davis replied, “Filling out some of the bucket list. Finally scoring Aynsley Lister. Two nights of intensity. It’s the only North American show for Ben and Aynsley in 2017. I’m pretty sure they will give it their best. And Tommy Castro. There are only a few who can write a song, sing a song, and play a song. These artists are adept at all three. Even though they are all great guitarists, they use the guitar to accentuate, not overpower, the vocals or the lyrics. I’m psyched about Domestic Blend [from Omaha]. They are really fun. I booked them while they are still affordable. Dawn Tyler Watson is bringing a big band. Three horns. A big, dynamic sound.

Based in Montreal, Watson is a multiple-award winner on the Canadian blues scene. Watson had heart surgery in November, achieved a full recovery and went on to win the prestigious 2017 International Blues Challenge in Memphis.

Davis has brought Watson to Omaha to perform several times. The friendships he builds with some of his favorite artists are part of the fun and the reward for him. Davis has also booked Walter Trout for repeat performances. His friendship with Trout allowed him to provide some support to Trout and his wife, Marie, when they arrived here hoping for a liver transplant for Walter in 2014.

“Walter was near death when he arrived in Omaha to await a transplant,” Davis remembered. “He had lost over 100 pounds. I offered my home as well as a car to his wife, Marie, for the 5 months they were in Omaha. Not a big deal. It’s just what friends do!”

“I remember exactly where I was when we got the news that there was a donor,” Davis recalled. “I burst into tears of relief. Five months later when we all hugged and said goodbye at the airport, we all cried tears of joy. Maybe this was the most important outcome of PwF.”

A Fan at Heart

When it’s showtime, Davis is among the first on the scene dealing with logistics and set up. He’ll also be found right in front of the stage during the performances, joining the crowd to rock out to his favorite acts.

“ I think fans would be surprised at the amount of work and money it takes to produce a show, especially to bring in international artists. Enormously complex and detailed paperwork, plus lots of money for visas and airfare,” Davis said.

“This could never be accomplished without volunteers,” he continued. “And I would bet that few people would know that The Kris Lager Band has performed at PwF more than any other artist. Pretty sure it’s nine times!”

The late, legendary guitarist Johnny Winter drew one of the biggest crowds ever for a Playing With Fire show.

“His agent said at signing that he would perform only 70 minutes and there would be no encore,” Davis said. “It was in the contract. So we structured the timing of the show based on that info. We had a massive crowd. Johnny really got into it and just kept playing. At 120 minutes he finished and then came back for an encore. His band and the crowd loved it. We burned the curfew but…”

He trails off, indicating it was worth blowing the curfew. Another memorable moment came when The Yardbirds played the series in 2007. “My friend Chris Hotz and I took the Yardbirds to dinner at Sullivan’s Steakhouse,” Davis said. “We had their private room. Talked for hours with them about Clapton, Page, Beck. Great gigs they did, etc. I spent a couple months of house payments, but then how many times would you ever have the chance to hang out with icons of the industry? They were fun once they relaxed. Their comment was that they spend 22 hours preparing to work just two. Leads to all kinds of issues.”

Free & Always Will Be

Davis is retired after 33 years working as the owner of Davis Erection, an Omaha steel structure erection company. He could do something else with his time. But he continues to invest his energy in presenting the annual concerts, hinting at plans for 2018.

“ Anyone who has ever put on events knows they are addictive,” Davis replied. “It is so rewarding to see people having fun. I really enjoy the process and the logistics as well as working with the production people. Added value is I love to travel. I combine showcasing talent [in other cities and countries] and my travel. I really love Omaha and enjoy bringing artists here for the first time. They have become great emissaries for both PwF and Omaha. Both have a great reputation around the world. I live part-time in Toronto. All the blues guys here know about Omaha.”

Davis points to another notable memory.

“2004,” he remembered, “Sunday morning during clean up after one of the shows, I chatted with a young married couple and their three children. They had been to the show the night before, had a great time and just wanted to come back…to re-experience what they could of the show. He said he didn’t have the greatest job and his wife was a full-time homemaker, so, with three kids, having free entertainment was a big deal. They just couldn’t afford ticketed shows. They both gave me a hug. So it’s free and always will be!”

“We have managed to keep the series free for 14 years,” Davis continued. “Nearly 70 shows, 350 bands, over 1000 musicians performing for 750,000 fans. The PwF fans are phenomenal. We have had nearly 750,000 fans come to our shows. We have never had a fight or an arrest. Knock on wood. And the artists. Every one of the artists we have booked has loved the way they have been treated and all have asked for another show [here].

“ You need to be careful what you dream,” Davis concluded, “because dreams come true. Mine did!” 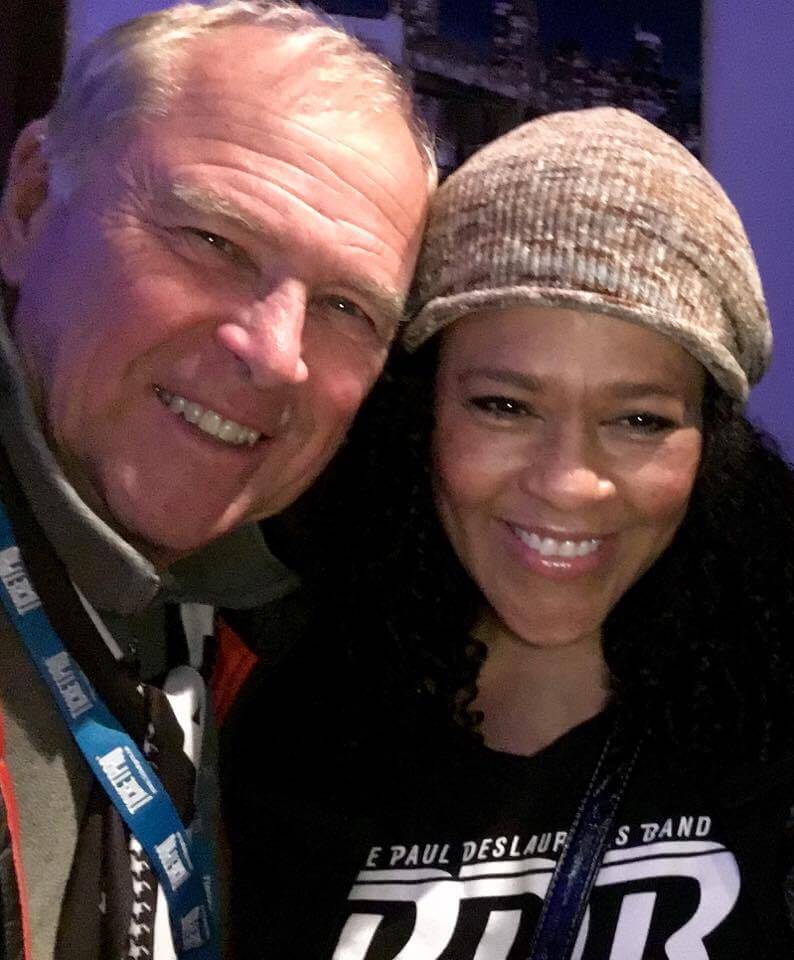 Photo courtesy of Playing With Fire.