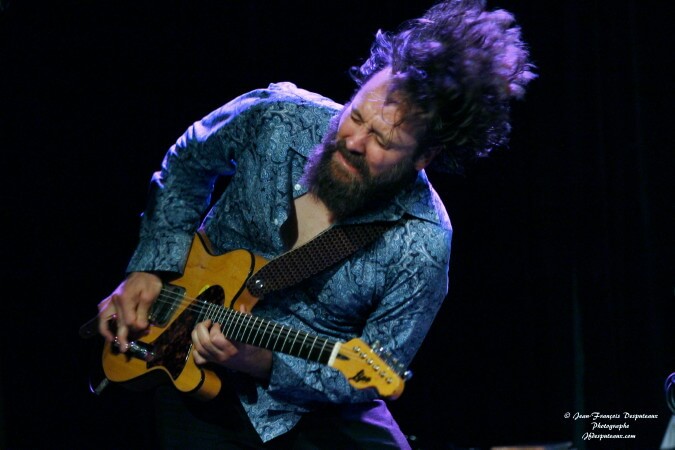 Surf guitar innovator Dick Dale hits the Waiting Room Tuesday, Aug. 9, 9 p.m., with his powerhouse original sound. Dale is an American music legend. If you haven’t seen him you need to check this out. If you have, you know he’s still a badass player worth your entertainment dollar on a Tuesday.

The inimitable Bruce Hornsby & The Noisemakers play Sumtur Amphitheatre Wednesday, Aug. 10, 7:30 p.m. I’ve only see Hornsby once before, at the ill-fated Red Sky music festival and he had a band of top musicians and put on a tremendous show with class and humor, despite the sound electric guitar sounds bleeding over from Buddy Guy’s stage on the other side of the parking lot. I highly recommend this show.

Memphis-based Jeff Jensen is one of the rising stars of contemporary blues guitar with an exciting style that is rooted in tradition but is also innovative. Jensen plugs in at The 21st Thursday, Aug. 11, 6-9 p.m.  See jeffjensenband.com.

Friday, Aug. 12, The 21st presents BluesEd bands The Roadrunners and Us & Them.

Saturday, Aug. 13, 8-10  p.m. catch the tremendous and soulful Polly O’Keary and her band The Rhythm Method.

Polly O’Keary & The Rhythm Method gig at Lincoln’s Zoo Bar Wednesday, Aug. 10, 6-9 p.m. Sh*thook! is back for live band Karaoke Thursday, Aug. 11, 9:30 p.m. Friday, Aug. 12, it’s a great roots music double-header with the Tijuana Gigolos at 5 p.m. and The Bel Airs at 9 p.m. Saturday features the wonderful Emily Bass and her new band The  Near Miracle along with guest band Masa Ishikawa Combo. Next week, the legendary Guitar Shorty rocks the house Tuesday, Aug. 16, 6-9 p.m. Wednesday, Aug. 17, Memphis harmonica cat and vocalist Brandon Santini brings his great show to the Zoo. Take a nap so you can stick around for the late show, a Sons of ’76 duo show is set for the late slot.

This Saturday, Aug. 13, starting at 3 p.m., the second annual In the Market for Blues fest takes place on Harney Street in the Old Market, using a pub-crawl format. Organized by Hector Anchondo and E3 Music Management, one $10 wristband gets you into the Harney Street Tavern, The Hive & The Dubliner.

Performing are a number of regional artists including Amanda Fish, KALO, Coyote Bill, Smokestack Lightning, Brad Cordle, Tim Budig Band, Drew Jude & The Cool Tones, Steve Lovett Blues Band, Nita & The Pipe Smokin’ Charlies, The Workingman’s Band, Voodoo Vinyl and Dilemma. Hector Anchondo Band headlines the event, followed by a jam at the Harney Street Tavern. Anchondo has been on the road this year, capitalizing on the band’s placement in the top eight finalists at the Blues Foundation’s International Blues Challenge in Memphis in January 2016. The band is also a multiple OEAA winner for best Blues Band.

See the schedule of performances and all the details on the Facebook event page here.

Omaha and Lincoln music fans may remember Austin-based bass player George Reiff from his stints as bassist with Joe King Carrasco & The Crowns, Johnny Reno & The Sax Maniacs and Ian Moore’s late-1990s band. Since then Reiff has gone on to perform with and produce for a number of notable artists. He was a member of Jon Dee Graham’s band and produced several of Graham’s early CDs, he’s performed with Charlie Sexton, Ray Wylie Hubbard, Joe Walsh, Jakob Dylan and the Dixie Chicks’ side project The Courtyard Hounds, to name a few. He’s been an in-demand producer on the Austin scene for many years now. On July 28, a GoFundMe campaign made public the fact Reiff has been diagnosed with a stage four brain tumor and stage four cancer that had spread to his lung, liver and an adrenal gland. I’ve known Reiff since the Johnny Reno days and it’s a testament to what a good and much-loved musician and human he is that the GoFundMe campaign raised over $80,000 in a few days’ time. Austin benefits have been taking place and a special Facebook page started to help Reiff and his family during this tough time. The brain tumor was successfully operated on on July 29 and chemo and radiation are next, according to GoFundMe updates and Facebook updates from family and friends. To learn more visit gofundme.com/georgereiff. To check out a 2013 interview with Reiff, go to howdidigethere.podbean.com/e/episode-150-george-reiff.