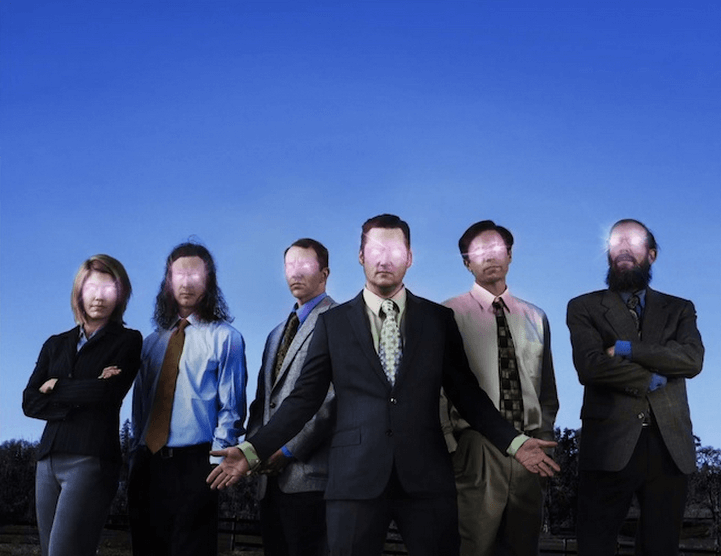 The Maha Music Festival is back once again in Aksarben Village’s Stinson Park Saturday, Aug. 15.  Following is a spotlight on this year’s MAHA lineup. For more tickets or more info, go to mahamusicfestival.com

Headlining the MAHA Music Festival are Washington troubadours Modest Mouse. With a new album in tow called “Strangers to Ourselves” the band showcases the familiar style they’ve developed over the past 2 decades. Headlining MAHA is a welcome stop on their tour which consists of sold out shows in Flagstaff, LA, Lawrence KS, St. Louis, and Chicago just to name a few. If you’ve been a fan of this band’s quirky style, you won’t be disappointed with the new record or their live show.

Electro-duo Purity Ring will take the stage at MAHA with what is sure to be and aural and visual treat for fans. Supporting their latest 2015 release “Another Eternity” the Canadian pair have made the most of their music in the brief 5 years they have been together. Their fall tour takes them into November with a stop in the Big O Aug. 15. Their curious visual stage show and audience interaction have brought them legions of diehard fans and a performance that lends itself perfectly to a festival environment.

Lush and fuzzy, the Toronto-based band Alvvays (no I have no clue how to pronounce the name) is set to take the MAHA stage with their brand of janglepop melodies that harken other female fronted college rock bands of the 90’s. Purposeful or not, the sound is a bit nostalgic with a modern twist that keeps the music fresh and contagiously listenable.  Only 5 years old, this band recently released their first record in 2014, and since has hit #1 on the college charts in August 2014 and mentioned as an “Indie pop wonder” in Rolling Stone. For good reason too, the entire album is solid from start to finish. This performance should be equally as satisfying.

Named after our old slogan, this band needs no introduction or background story. Kasher and company showcases their signature sound, born of Middle America and the vibrant Omaha music scene. Less balls-out rockin’ than Kasher’s other Saddle Creek based band Cursive, The Good Life provides music that fits everyday life, lush layers of sound and rhythm, toe-tappers that fit the Saddle Creek sound while not being married to any formula. Akin to Kasher’s love of film, the band offers songs with stories, scenes, warm lighting, and relatable characters that stand the test of time.

This east coast based group has toured as a full band since 2011. Hailed by Pitchfork media as a critically successful “indie alternative” band, Speedy Oritz is currently supporting their new release “Foil Deer” and is making a stop to the MAHA stage to give fans a dose of their edgy, melodic music. Noted by NPR First Listen as “one of rock’s most compelling young voices and lyricists,” singer Sadie Dupuis channels a variety of vocal styles from hints of PJ Harvey to tinges of Karen O. Layered tones and heady lyrics make Speedy Oritz a worthy listen that’s sure to inspire excitement on the MAHA stage.

ALL YOUNG GIRLS ARE MACHINE GUNS

Local uke-slayer Rebecca Lowry and her band All Young Girls Are Machine Guns are no strangers to the Omaha music scene. These OEAA winners will be gracing the MAHA stage and filling it with soulful harmonies, intricate arrangements, and tunes that will keep the audience on their feet. Between a slew of appearances in town, live streaming tunes on Live At O’Leaver’s, and their new record “Tiger,” you have ample chances to see and/or hear this band before the big show at Aksarben Village / Stinson Park.

Minneapolis hip hop veterans Atmosphere, bring their smooth yet edgy style to the MAHA stage, spinning tight jams from their vast repertoire acquired over 2 decades of constant touring and recording. Their 2014 release “Southsiders” is the group’s eighth studio album and is an introspective look into the duo’s life. Combining hip hop and lyrical flow with live instrumentation, the record pushes the boundaries of the genre, using the group’s vast experience to continue a legacy that has won fans all over the world.

California alt-rockers Wavves just released a couple singles and are dropping a new record on October 2nd 2015. This band has seen late night television, been featured on video games, collaborated with notables like Cloud Nothings, seen members come and go, battled with addiction, toured the world, and have been praised by critics from the likes of Paste Magazine, Pitchfork, Billboard, and Spin. That run-on sentence should be enough to get you excited for this band, but if not, there’s plenty of this band to experience online. No doubt they will bring the noise at MAHA.

Alt-country heroes of the Twin Cities, The Jayhawks continue their legacy as a beloved and influential band on our MAHA stage. Throughout their legendary history the band has seen critical acclaim and since the 80’s have plowed the way for Americana music. Though there has been member changes, front man Gary Loruis still shines with his signature vocals and melodic songs that sit neatly alongside tunes from bands like Uncle Tupelo, The Gear Daddies, Sun Volt, and Wilco. In 2014 the band plans to reissue 3 albums recorded after founding member Mark Olson left, featuring bonus tracks, new liner notes, and fresh remastering from original analog sources. Their return to touring thankfully includes Omaha and our MAHA stage. Don’t miss this performance.

Drums, bass, and guitar are the only weapons of rock destruction these three DC girls need to destroy any shoe-gaze monotony you may bring with you to MAHA. Supporting their first release “Rips” which dropped in October of 2014, Ex Hex blends edgy rock with a splash of pop, perfectly suited for any stage indoors or out. Praised by Pitchfork and showcased on Late Night with Seth Myers, this band is carving out a solid place in modern rock using only basic tools paired with smart songwriting.

United in Lincoln Nebraska, Freakabout blend bombastic rock riffs, thunder drums, dueling guitars and beautifully melodic vocals. Their songs are driving and unpredictable. If you haven’t caught them in the Capitol City or the Big O, now’s your chance to experience a “Freakabout” on the MAHA stage.

No this is not the band featuring Aimee Mann and Ted Leo (known as The Both).  oth is a homegrown hip-hop duo that has shared the stage with Omaha bands such as The Seen, Desaparecidos and Neva Dinova. Supporting their 2014 self-titled release that garnered an OEAA nomination for best Hip-Hop/Rap, the group signed to Make Believe Records and are now spreading their smooth rhythmic vibes with regional performances that blend choice beats, intelligent lyrics, and a soulful style that spans music genres.

Got a tip? Email it to backbeat@thereader.com.