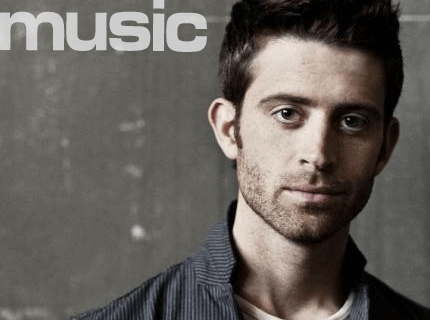 The spotty connection struggling to connect Mark Sultan’s Gmail chat application to my outdated Blackberry phone is no match for a quick exchange of emails, answering a slew of questions about a rare garage rock icon who never lost his soul.

First, the few nuggets of a short phone conversation with Sultan that soon fizzled into the technological hinterlands:

This is not a gimmick.

That also might mean Sultan could be doing all the driving, merchandise selling and handling club owner hassles all by himself. Though, he does occassionally bring a friend along.

“But it’s more to just have a friend around,” Sultan says during a brief phone conversation with the Reader.

Sultan has logged plenty of time off and on over the years, kicking out his doo-wop infused garage rock gems simultaneously playing guitar and banging out percussion as a solo act. One of the last times he played like that for a measurable stretch, he was going under the BBQ moniker. Eventually, that project took on a well-known evolution.

“It kind of morphed in a project with King Khan,” Sultan says.

But now, he’s been playing in the one-man format long enough in one stretch to really figure out what makes it tick.

“It’s a more special show because I know what I’m doing here,” he says.

Sultan says during the last year or so, he’s been on “a perpetual tour with a few breaks throw in for good measure.”

Before even five minutes of conversation had elapsed, the phone connection died for a second time. So thanks to Sultan’s publicist, we exchanged email addresses and Sultan quickly responded to a handful of further questions:

The Reader: You have recorded solo material both as BBQ and as Mark Sultan. In your mind, is there a difference between the two projects?

Mark Sultan: Doing both things was yet another in a neverending stream of bad decisions (including the name BBQ!)… For whatever reason, I felt that, at the time, if I recorded stuff as ‘BBQ’, it would be 2-3 minute, straight-forward, rock’n’roll songs done in one take in my one-man-band configuration. The ‘Mark Sultan’ stuff would allow me to explore other influences, and play with different and expansive instrumentation, etc… And yes, that is actually what the end product is on vinyl – two different things. The confusing part is: who exactly am I when I tour? I guess I am ‘BBQ’, in the sense that I play as a ‘one-man band’. But the name is ambiguous, and also refers more to the band I had with King Khan to most (even though I released two albums before our collaboration). I also haven’t recorded an album as ‘BBQ’ in a while. Blah blah… It’s all pointless crap!

TR: Several prominent musicians who play “one man band” style tend to lean towards a gimmicky appearance, which is pretty much opposite of your basic set-up. Is it pretty important to keep your set up simple and gimmick-free and why?

MS: I hate one-man bands, mostly, and mostly because of this stuff. I really am not a fan of image over music, and one-man bands are usually just that. The music is generally shitty – not to say mine is amazing or anything, but I really try to sound like a more than one person. I want to sound like something I would listen to. I don’t want to make a monotonous, boring bunch of shit and offset that with a wrestling mask. And then hide behind that image of a one-man band to stay cloistered in that ‘team’, playing only one-man band events, cuz the quality of the music couldn’t stand against full bands at a show. I want to play with full bands. The one-man-band label is not fun when people just assume I will be THAT guy and don’t actually listen to the music. Or book me with four other one-man acts. There are some great one-man bands out there, don’t get me wrong. But now that is is such a THING, you see people who do it cuz they just think they can, but actually can’t. I guess the gimmick IS the set-up? Then I am guilty. But I really do try to use the prison of the set-up to find new ways of taking the limitations to new places. Same as I feel about taking rock’n’roll elsewhere to clean the slate, to an extent.

TR: Do you find yourself becoming a more productive recording artist these days?

MS: I just find myself being able to exploit ‘time’ better. I don’t believe in time. I try to vibrate between dimensions to use as much space as possible. There there is more room for my thoughts as tangible creations. And I wanna eat a lot of pizza.