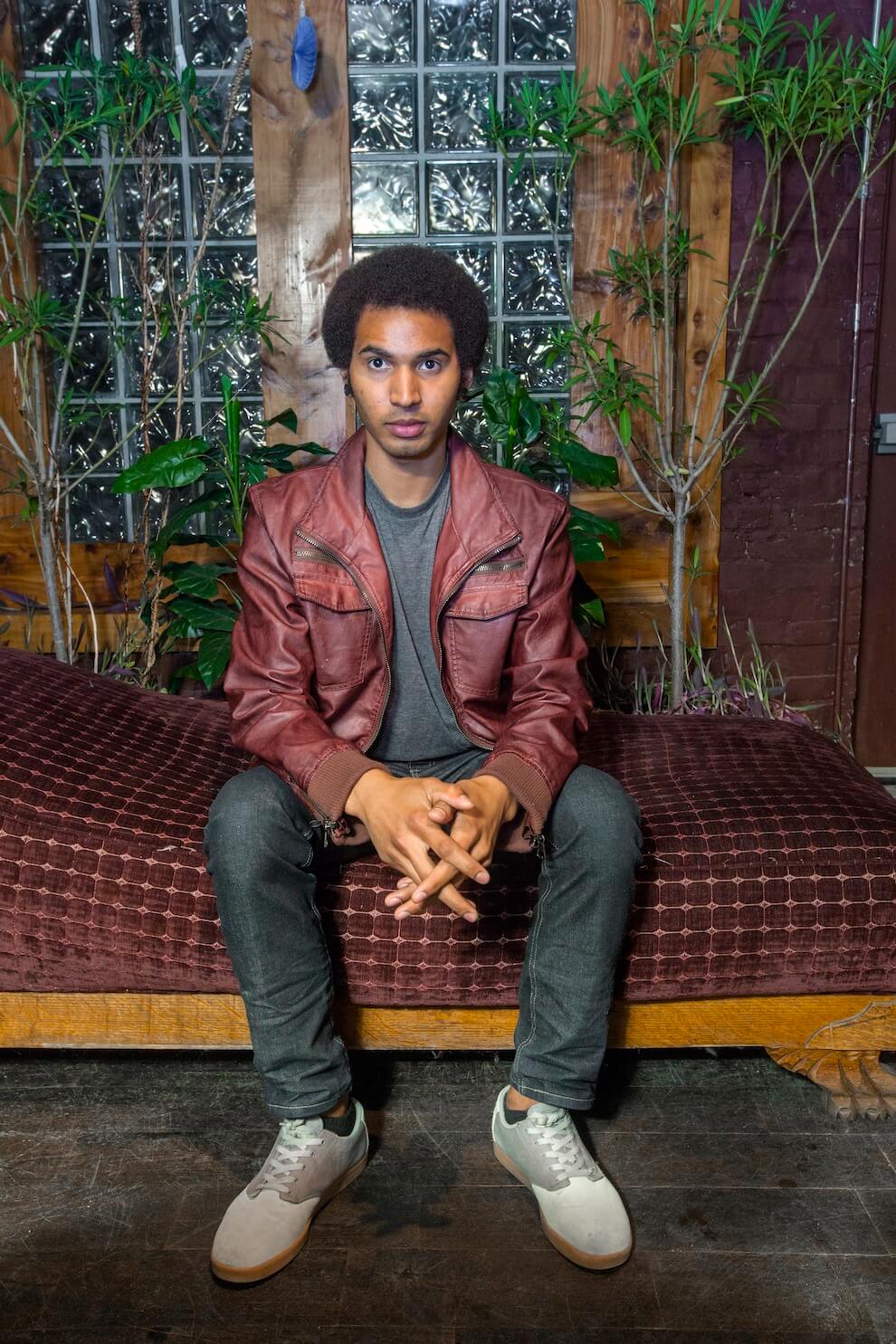 In the intricate ecosystem that is Omaha’s music scene, which is composed of diverse micro scenes, Keith Rodger, aka Kethro, is the straw that stirs the drink. Well, he’s at least one of the more conspicuous straws: The DJ/producer is a fluorescent, bendy one.

On this day, Rodger is the equipment tech for The Faint on their tour with Gang of Four. He’s in Boston, sipping coffee and listening to music.

“I’m pretty much their go-to guy,” Rodger, 27, said on the phone last month. “When they’re on the road and they have a problem, I’m just there to fix it so they don’t have to worry about anything. They can be musicians, performers and worry more about the creative side of things.”

For nearly five years, perhaps even longer, Rodger has been an integral mover amongst the music community, brokering a post-postmodernist era between the voices and ears of the town eccentrics and those foraging an overloaded soundscape for the next “it” sound. The musical factotum’s taste transcends conventional categories and seems to concern itself more with “pushing the limits” of art while, at the same time, reconnecting art to our baser instincts.

“To me, music is only emotion — that’s the only way I see it,” he said. “Some people see colors, some people just see styles and genres, I only see emotions: What are you feeling? How should this feel? Should this make you feel like you want to jump out of a window? Smash a window? Have sex with your girlfriend?”

Rodger said he hooked up with fellow Make Believe Recordings co-owners Rick Carson and Jeremy Deaton with a similar modus operandi — based on a feeling. The year was 2011 and his former band Lightning Bug was combing the area for the right studio to record their newest collection of songs. They opted for a couple of upstart engineers who were operating out of a small basement at the time.

“Just talking with those guys [Carson and Deaton] for 15 minutes made us realize that those were the guys we wanted to work with,” he said. “Because creatively, they understood our vision, and they brought ideas to the table that one-upped our vision.”

Amidst the dog days of recording, Rodger said the trio began discussing “what musicians could be doing better in the city.” Local artists were wasting too much creative energy doing an ineffectual job of putting out their own records and promoting themselves. The group decided to render their services under the moniker Make Believe — the same name used by Carson and Deaton’s studio — and founded their label in early 2011 on the genre-bending principle of “not behaving the way record labels used to.” Oh, and the weirder the artist, the better.

Rodger rattles off some of his label’s roster, past and present: Conny Franko (formerly Conchance), Make Believe’s pioneer artist, with his free-jazz cadences; Sam Martin, the lo-fi virtuoso who creates his own sounds; Scky Rei and INFNTLP of BOTH, who’ve been know to deliver their art in bizarre locales; the now defunct Snake Island, an indie act that created its own instruments; and Black Jonny Quest, who Rodger described as “a genius solving math equations when he raps.”

“The reason why we put out these records is, personally, for me, they’re the records I wish I could write,” he said. “When we put out a record, I feel like I’m a part of the project just as much. That’s always been my thing: I love so many different kinds of music. Every band and artist I sign, the musicians are innovative people themselves.”

Make Believe Recordings is nearing the half-decade mark in age, a feat for any independent label, and is primed to “hopefully” release a new album every month or every other month in 2017, starting with Rodger’s own material. Indeed, Kethro’s Evoleno — “one love” spelled backwards or what the DJ half-jokes is the album an extremely dark Brian Eno would write — will kick off the new year as a massive collaborative effort. Each track is slated to feature a local female vocalist, including Emily Ward and CJ Mills. Rodger said the female vocal “brings the most emotion” out of him.

“I really wanted to push the boundaries of these musicians. When we connect on an emotional level, I find there’s nothing really that spreads us apart and what we’re creating musically,” he said. “We’re almost creating the same thing. Except mine’s more synthesized and theirs are more acoustic.”

Rodger traversed what he thought were his own limitations last spring when he took on the position of music director of Omaha Fashion Week. He was anointed as such after his disappointment in a 2015 event prompted him to offer up his musical competency in the name of fashion.

“With the music programming, I felt a little confused. If you’re going to be Omaha Fashion Week and you want to stand up like the rest of them, you have to be innovative and not so Nebraskan,” he said. “I know it represents Omaha and what it stands for, and I’m proud to be an Omahan, but Omaha’s fashion is so basic, the only people that are innovating it are the people in Omaha Fashion Week. So I don’t want anybody basic coming in and not putting in the extra effort to make it right.”

Before this year’s pageantry, the fashion week aficionado collaborated with nearly 30 individual designers to craft sounds that would match their respective collections. He even put together a “futuristic jazz, hip-hop flavored” band to close out the show.

“Music and fashion go hand in hand,” he said. “I feel like if you have good music backing some really good fashion, really good designers, you can change a whole city that way.”