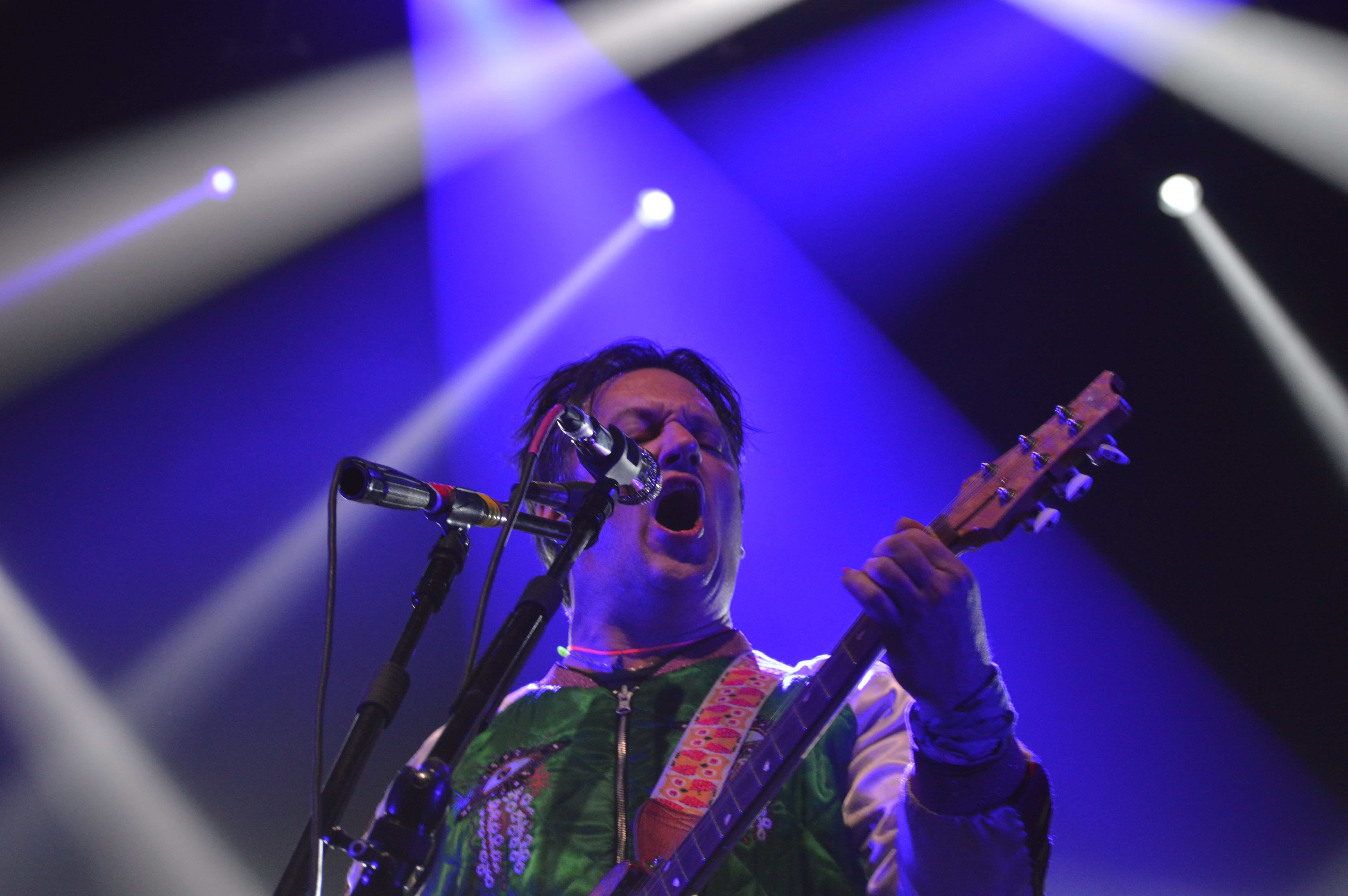 What happened to all the Modest Mouse fans?

The crowd was especially sparse for the Washington group’s Wednesday night show at the Ralston Arena. While the arena holds close to 4,400, I would venture a guess that the crowd was only a third of that number. Though the show had a few technical problems, it was still a reminder of the band’s live prowess and the reason they have been considered one of alternative rock’s touchstones for the last 20 years.

To start the evening, Modest Mouse’s Sub Pop labelmates Mass Gothic took the stage for a 40-minute set. The group offered a nice mix of material that ranged from gentle indie pop to full-on shoegaze. They even brought out the headlining group’s violin player for a song midway through their set.

The New York-based duo’s music, rounded out with a drummer and synth player, translated surprisingly well to the arena setting. The glacial guitar wails from guitarist Noel Heroux and vocals from Jessica Zambri reverberated powerfully throughout the arena and the band played with the force of a group that believed they should be the one headlining.

After an extended break, lead singer and guitarist Isaac Brock, dressed in a satin bomber adorned with trippy-looking eyes, took the stage with the rest of Modest Mouse and began the evening with “Spitting Venom” off the group’s 2007 effort We Were Dead Before the Ship Even Sank.

The Seattle eight-piece played a bit of everything during the show. There were particularly the folky versions of “Autumn Beds” and “Perfect Disguise,” a vicious rendition of “Doin’ the Cockroach,” and plenty of the jagged, borderline-emo rock the band was known for concocting during the early part of their career.

Brock also bantered with the audience throughout the show. Though the audio was a bit shaky, I could make out a story about a hockey player, a disquisition about why the color beige is underrated, and a plug for the benefits of orthopedic shoes.

Not being able to properly hear Brock was a bit of a problem. His vocals were often obscured by a thin veil of distortion that made it a bit difficult to make out the lyrics. That certainly was not a problem for most of the fans in the pit though as they already knew them word for word. That was abundantly clear as the band ended the main set with the one-two punch of fan favorites “Tiny Cities Made of Ashes” and “The World at Large.”

After another extended break the group returned for a five-song encore that included “Dashboard,” the group’s second biggest song behind “Float On,” which was notably absent. Despite that, almost everyone leaving the show seemed buoyed by the performance, gliding along with a sense of energy and excitement that only comes after seeing your favorite band. There may not have been a lot of fans at the show, but there was no less love for Brock and company than if the arena was full.