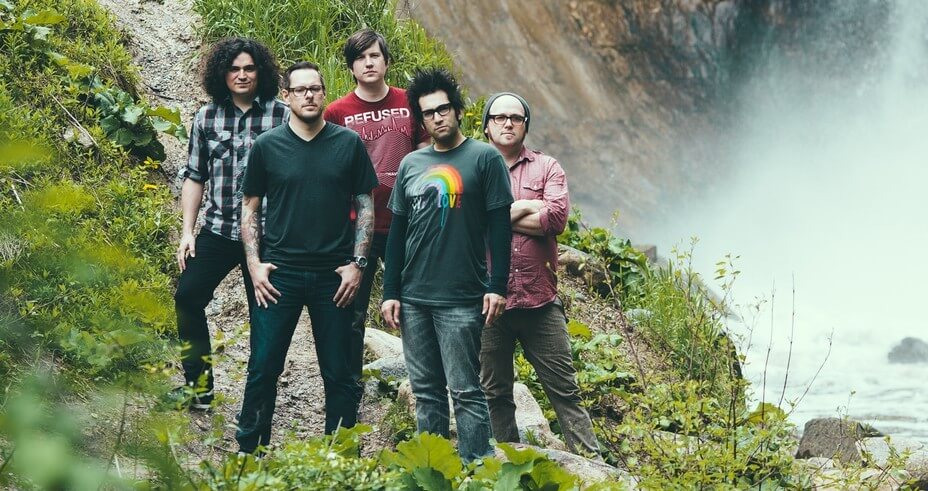 Motion City Soundtrack first started in 1997 in Minneapolis but it wasn’t until 2002 that they released their first album, I Am The Movie, with their lineup that would last until today.Their sound merges everything from Elvis Costello to Huey Lewis and Jimmy Eat World into a sound all their own and this is due largely to Justin Pierre’s lyrical talent and distinct falsetto-esque voice. Motion City Soundtrack just finished a stint on Van’s Warped Tour, where Justin answered a few of our questions over email.

Reader: You guys have done a lot of your work through smaller, independent avenues and labels. Has this affected how you promote, how you put together albums etc.? What advantages would you say it’s afforded you?

Pierre: We focus on the music first and then find the best way (and it is ever changing) to get the music to the people. I tend not to focus on advantages or disadvantages. We do what we can and we do it all the way.

Reader: You do a lot outside of the band, such as your film work and your on and off podcast with your wife, and you’ve got a new daughter (congratulations). First of all, how do you balance your time? Second, how do they affect your music process (if at all)?

Pierre: I don’t do a good job of balancing. But since my daughter was born, I’ve focused all time at home on her and all time away on the band. Once she

enters daycare, I’ll be able to focus on work and creative endeavors for a slew of things at least Mon-Fri. I tend to write about my life, so they have and will enter into the writing for sure.

Reader: Was there ever a time you thought music was what you wanted to do for a living? What made you start playing/singing?

Pierre: Initially I wanted to make movies. I sort of fell into this band, but I’d been playing guitar for 10 years when it happened. Josh [Cane, lead guitarist] is the reason this band exists. I was in film school and broke, so I couldn’t shoot anything I was writing. He asked me to sing and play guitar in a band. I had nothing better to do, so I did.

Reader: It’s been 10 years since Commit This to Memory. How does that make you feel? What do you think has changed in that time, and what has stayed constant?

Pierre: The constant is the feeling of disconnectedness I feel from the human race. I dig people, I just don’t function that well on a one on one level. But I’m ok with that. In the change column I would say I don’t think I’m as self involved as I was back then and I’m no longer drunk all the time. So all good things.

from the leftovers of other albums, lots of really intense and somber

lyrics, different time signatures etc. What was it like for you as a

lyricist to branch out–and in some cases have to reel it back?

Pierre: It was hell. We had no record when we went into the studio. We just had snippets of ideas and like a dummy I tried to write over 50 ideas at once. I couldn’t keep up as we were deciding what we wanted to do each day and often would scrap whole “songs” after half a day of work. I would not advise this way of working. But in terms of the content and the final product, I think we pulled off a real time stamp of what was going on in everyone’s lives at that time. I see that record as an end of a very long chapter in MCS’s timeline.

Reader: Is there anything currently in works for the band?

Pierre: MCSLP6 comes out this fall. We recorded it in June of last year with John Agnello at Pachyderm where Nirvana made In Utero. John is from another planet. I loved working with him. Marc McClusky mixed the hell out of it. I think it’s as close to sounding like the bands I discovered in the early ’90s as we’ve ever come. I’m super excited about it and can’t wait to unleash it on the people.

Motion City Soundtrack will be playing The Waiting Room at 8 p.m. on June 25 along with William Beckett. Tickets are $22 in advance or $25 on the date of the show. Buy them here.