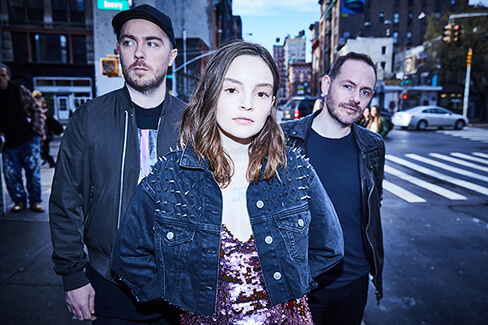 Near the tail-end of an indie pop surge toward mainstream accessibility — led by bands like Passion Pit and carried into the Top 40 by Foster the People and Lorde in the early years of this decade — Glasgow synthpop trio Chvrches edged into the party with their debut album The Bones of What You Believe. Pulling influence from ‘80s synthpop as varied as Depeche Mode and Madonna, the band paired sample-heavy songwriting with frontwoman Lauren Mayberry’s hooky, twee-inspired vocals. The combination quickly made an impression in the U.S., as the band’s debut single “The Mother We Share” landed on four domestic charts. Five years removed from Bones, Chvrches sounds as sure of themselves as ever. Their latest LP, 2017’s bleakly titled Love is Dead, is the band’s most pop-forward album yet, and with its subtle hints at EDM, it’s a wonder songs like “Miracle” have yet to take over the mainstream charts. Chvrches stops in Omaha this month to play under the stars at The Waiting Room Outdoors, which places a stage on Military Ave. facing Maple. Tickets are $28. 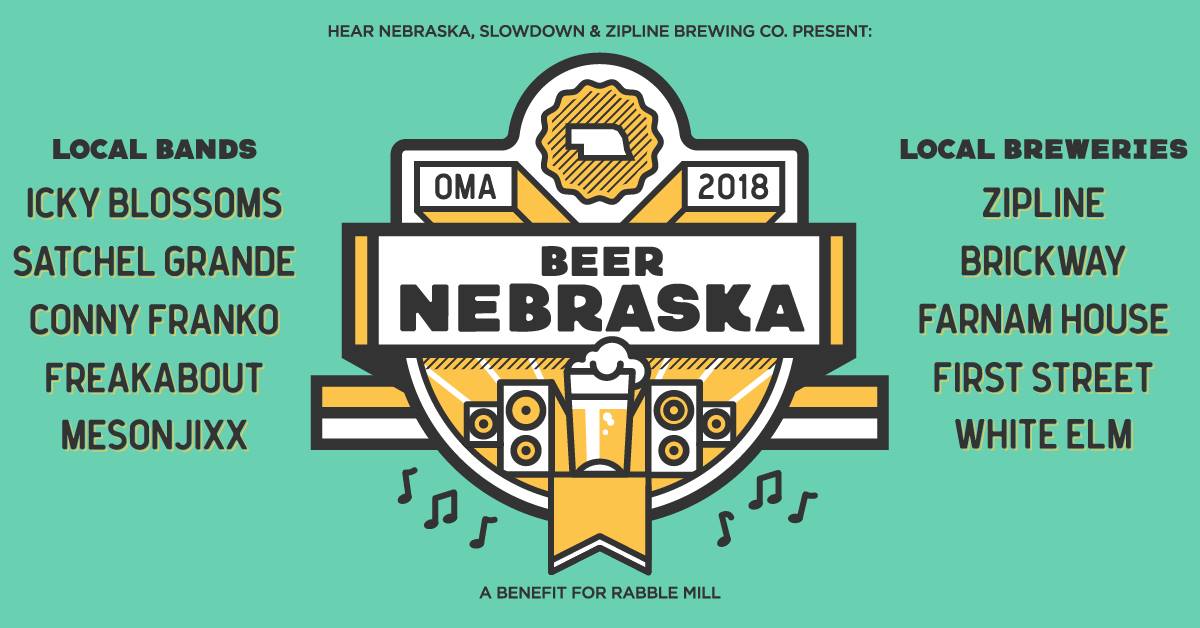 Local music nonprofit Hear Nebraska may have discontinued a majority of its online content when it merged with The Bay and shifted its focus to ending generational poverty as the umbrella nonprofit Rabble Mill. But Hear Nebraska’s music programming lives on, as the Good Living Tour pushed into its fourth year in 2018, and HN is bringing back Beer Nebraska for a second go, this time in Omaha at The Slowdown. The first such event happened in 2016 at Zipline Brewing Co.’s Lincoln brewery, and Cursive headlined the show with Criteria and a reformed Columbia vs. Challenger. Two years later, Beer Nebraska returns with a stacked slate of local bands — Icky Blossoms, Satchel Grande, Conny Franko, Freakabout and Mesonjixx — and exclusively released beers from Nebraska breweries Zipline, Farnam House, Brickway, First Street and White Elm. The show’s proceeds benefit Rabble Mill. Tickets with beer-tasting are $25; those without are $15. Find more information by searching “Beer Nebraska – A Benefit for Rabble Mill” on Facebook. 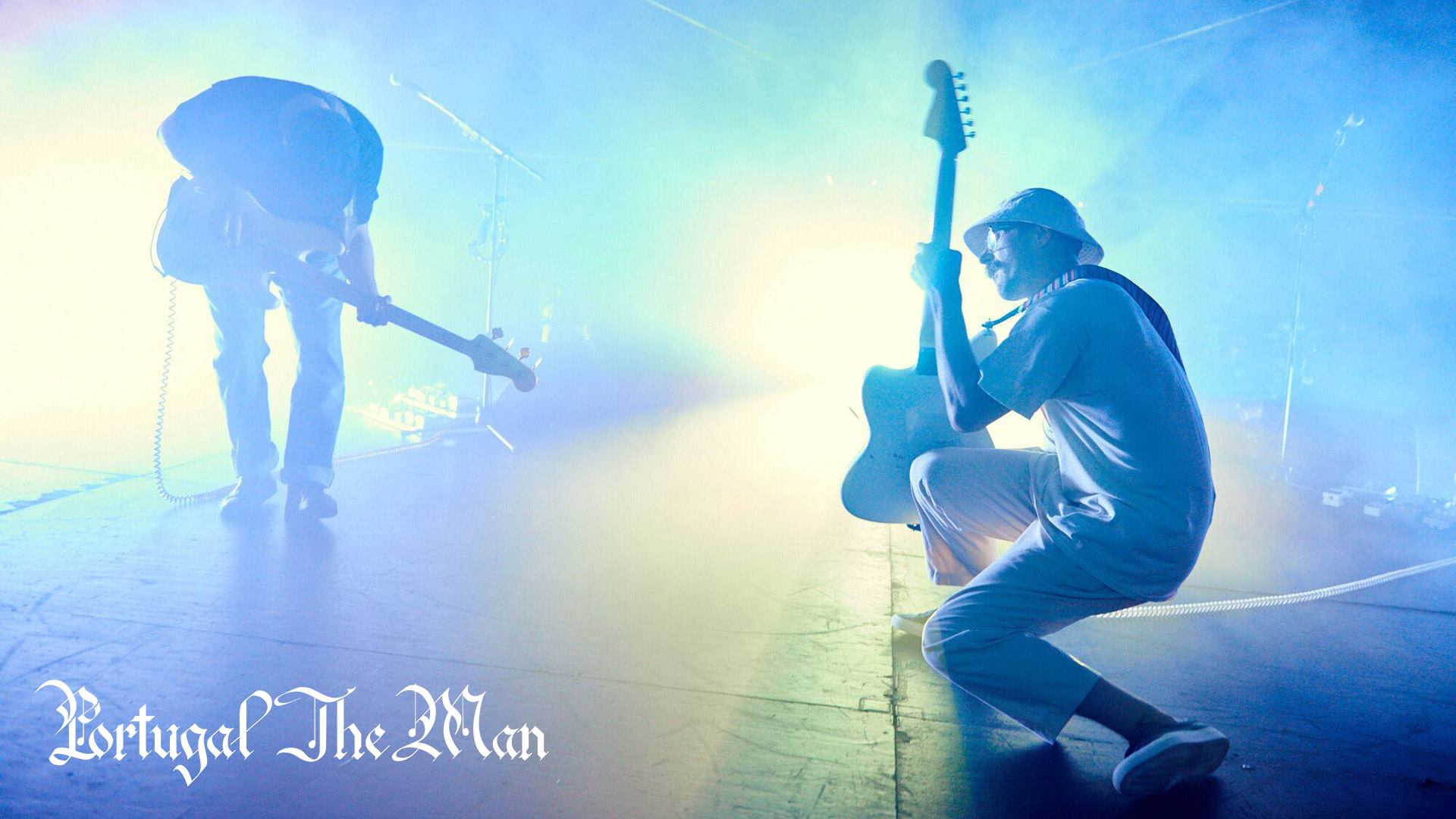 Before 2017, Portland indie rock sextet Portugal. The Man was an act who melded dance-rock and psych-pop known mostly by Pitchfork readers and The Black Keys fans, with whom the band toured in 2011. That all changed last year though, when their single “Feel It Still” became a sleeper hit, crossing over from alt-rock radio and cracking the Billboard Hot 100’s Top 5. The track went on to go three times platinum in the U.S. and eventually won the band their first Grammy, for Best Pop Duo/Group Performance. The band comes to the Omaha metro for the second time in two years, but with a substantial venue change — from the 500-capacity Slowdown in 2017 to Stir Cove this month. Tickets are $32, and find more information is by Googling “Stir Cove.” 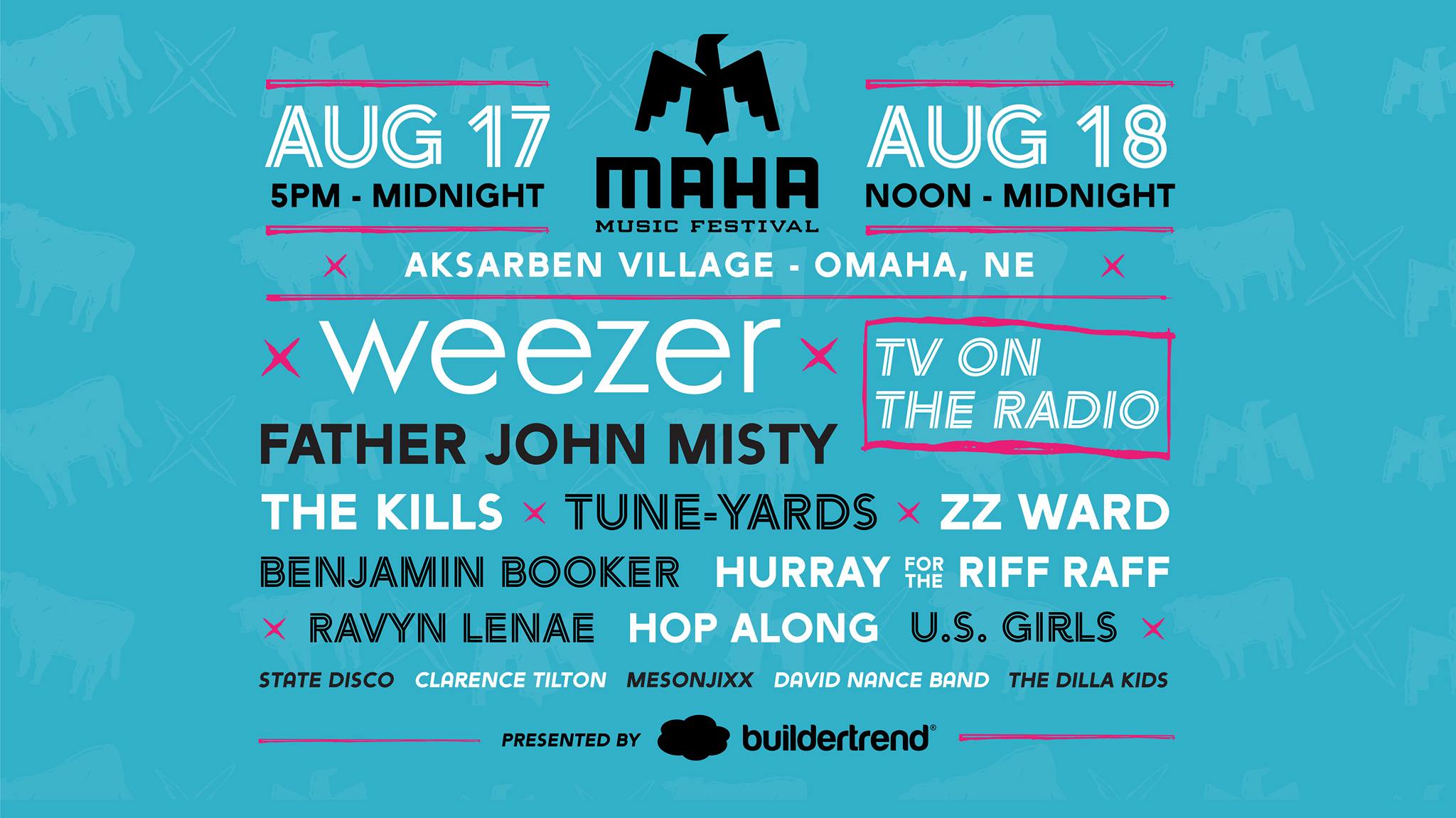 In its 10th year, Maha Music Festival is going big. Now a two-day fest on Aug. 17-18, Maha used the extra real estate to book its most well-rounded lineup yet. Power pop legends Weezer, New York art rock band TV on the Radio and one of the hottest artists in indie rock, Father John Misty, headline the 16-artist festival. Undercard highlights include longtime U.K. garage rock two-piece The Kills, art pop duo Tune-Yards, buzzy blues rockers ZZ Ward and Benjamin Booker, noise pop project U.S. Girls and Saddle Creek indie rockers Hop Along — who put out their best album yet, Bark Your Head Off, Dog, in April. Maha didn’t forget about the locals, though, expanding its slate of Lincoln and Omaha acts to five: The Dilla Kids, Mesonjixx, David Nance Band, State Disco and Clarence Tilton. This year also marks the first year in a co-op between Maha and the Big Omaha entrepreneurship conference, which starts off the three-day programming on Aug. 16 with keynote speeches from executives at Tinder, Microsoft and Hudl. Admission to Big Omaha is $250 but also includes entrance to Maha’s Friday night. General admission passes for both Maha days are $95, but Friday passes can be purchased for $35, and Saturday passes for $70. More information can be found at mahamusicfestival.com. 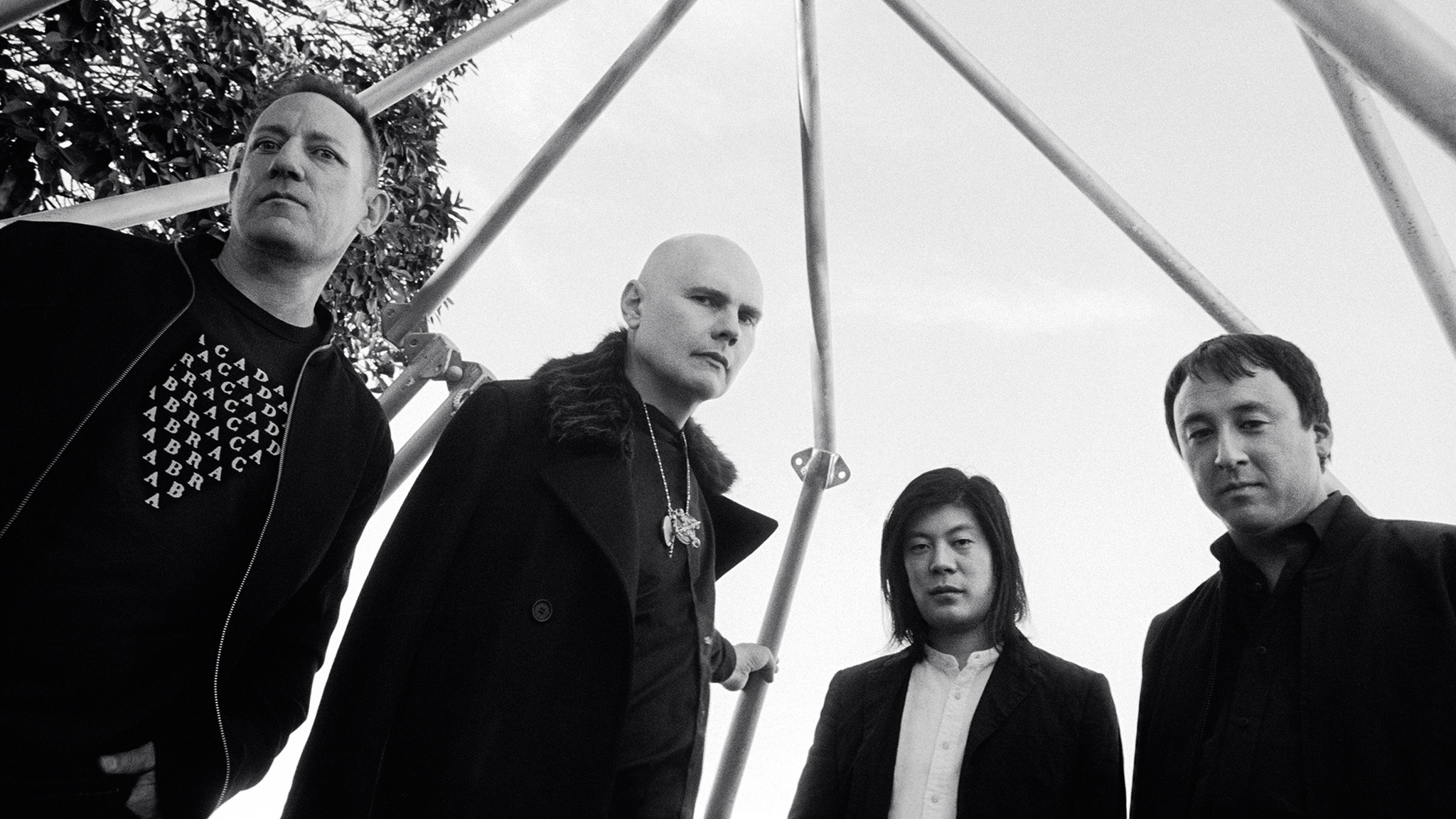 About two years ago, Billy Corgan went live on Facebook and stirred up a conversation regarding a potential reunion tour featuring The Smashing Pumpkins’ original lineup. With that lineup — Corgan, guitarist James Iha, drummer Jimmy Chamberlin and bassist D’Arcy Wretzky — the Chicago band rose to arena rock fame for much of the 1990s, dominating MTV and releasing classic, forward-thinking alt-rock records like Siamese Dream and Mellon Collie and the Infinite Sadness. Fast forward from Corgan’s Facebook video to today, a Smashing Pumpkins reunion tour, dubbed “The Shiny and Oh So Bright Tour, is happening, and it’s coming to Omaha this month. And though some behind-the-scenes quarreling between Wretzky and Corgan have kept the band’s original bassist off the tour, Iha and Chamberlin are back in the equation. While Wretzky’s absence may disappoint Pumpkins die-hards, they should know many of the tour’s concerts have reached well over three hours, sporting hits from each of the band’s LPs released between 1991 and 2000. Tickets are still available for the Pumpkins’ stop in Omaha, and they range from $22-$125. 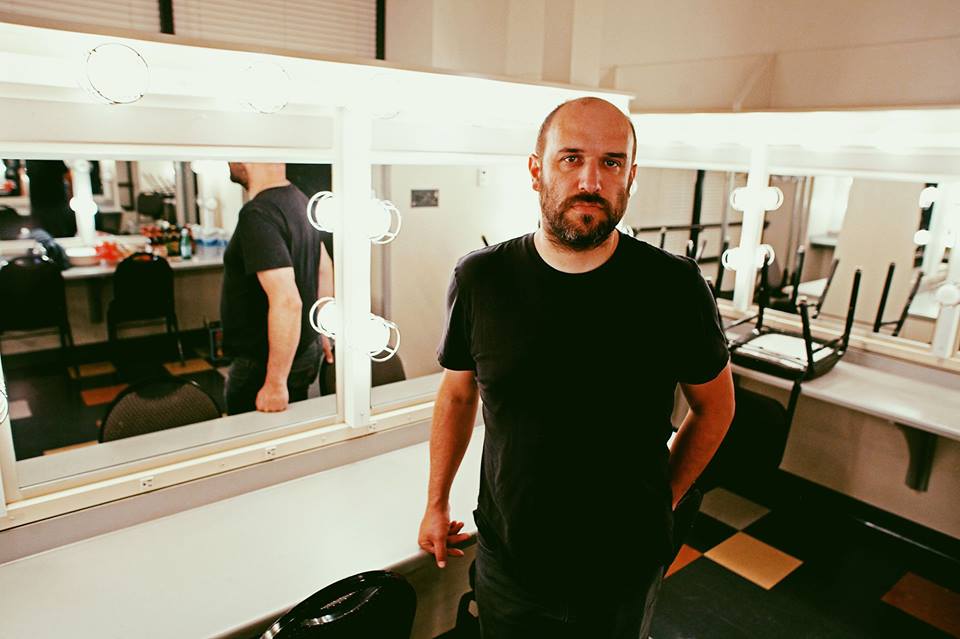 Alt-rock was king in the ‘90s, and no city had more influence on the throne than Seattle, which boomed with emo pioneers like Sunny Day Real Estate, indie rock visionaries Modest Mouse and Death Cab for Cutie, and grunge’s worldwide takeover. As a reaction in opposition of the latter’s angry, punky attack came Seattle’s Pedro the Lion, a project spearheaded in 1995 by 19-year-old David Bazan. Along with acts such as Dallas’s Bedhead and San Francisco’s Red House Painters, Pedro the Lion popularized the term “slowcore,” to characterize the band’s languid songwriting styles that relied mainly on tepid guitar progressions and Bazan’s softly delivered, introspective lyrics. The band released four LPs — two of which were concept albums — before ending their original run in 2004. Thirteen years later and after a handful of solo projects, Bazan announced Pedro the Lion would reform in December 2017, and the band’s reunion tour brings them through Omaha this month when they stop at The Waiting Room. Tickets are $20, and H.C. McEntire of Carolina alt-country band Mount Moriah opens the show. 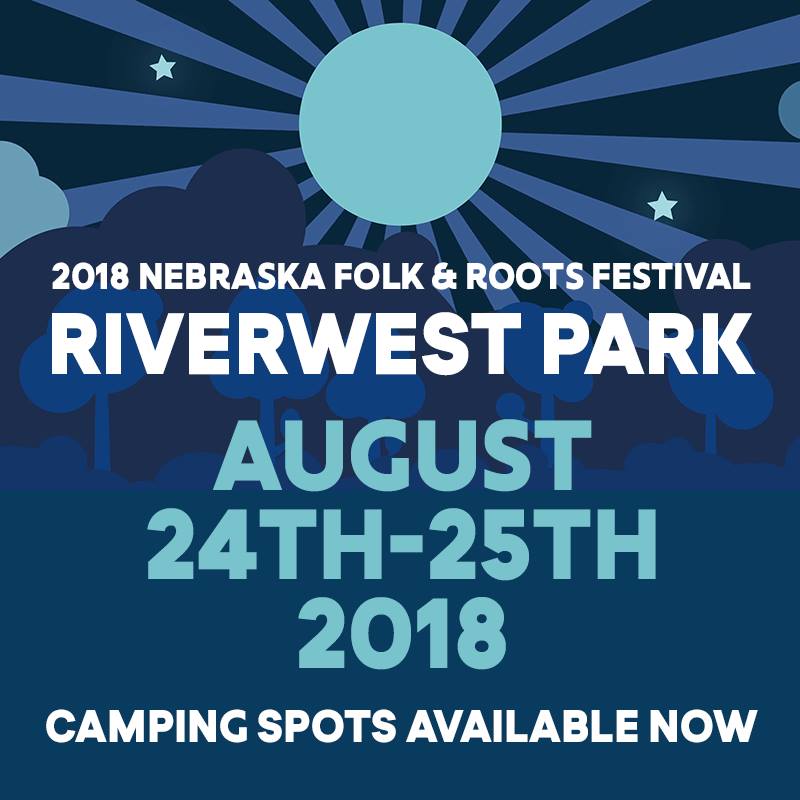 Just when the Nebraska Folk & Roots Festival seemed to be all settled in at Branched Oak Farm northeast of Lincoln, having taken place there three years in a row, the two-day festival lifted its roots and moved to a new home: Riverwest Park in Elkhorn. With the new venue, which allows for tubing along the Elkhorn River while taking in Americana tunes, festival organizers pulled out all the punches and scored one of its best lineups yet. Nashville-based singer-songwriter Becca Mancari headlines the festival with Buffalo, New York, blues rocker Peter Case, Arkansas hip-hop/folk duo Handmade Moments and Chicago bluegrass band Henhouse Prowlers. The local lineup runs deep to boot with a roster of Nebraska’s top country, folk and blues acts, including Jack Hotel, Evan Bartels & The Stoney Lonesomes, Brad Hoshaw and Big Daddy Caleb & The Chargers. Tickets are $30 for a two-day pass, and single-day passes can be purchased for $20 each day. Camping is welcomed, and find more lineup information and the full list of activities at nebraskafolkandroots.com.