There is a special show Saturday, March 24, 6-9 p.m. with the Johnny Winter All-Star Band led by John Paul Nelson. The evening features a screening of the 2014 documentary “Down & Dirty: The Johnny Winter Story” at 6 p.m. See omahablues.com for details on Chrome blue shows and other area blues-roots calendar listings.

Online Only Update: After the March issue went to print, Omaha’s Brad Cordle passed away Monday, Feb. 26. The official obituary listed the cause of death as complications from kidney failure, which he had been battling in recent years while hoping for a kidney transplant. Cordle was 64 years old. He had spent the weekend out and about sitting in with friends. His passing was unexpected and the outpouring of remembrances on Facebook showed how many friends and fellow musicians were touched by his music and his big, soulful voice. He was a steady presence in the Omaha blues scene for over 30 years, packing venues with his band The Mighty Jailbreakers. He was a founding member of the Blues Society of Omaha. Though he lived in Las Vegas for 10 years he still came back to perform and visit family. He offered musicians encouragement and attended many shows when he wasn’t performing, as his health permitted. Cordle’s passing leaves a hole in the local blues music scene, which has lost a beloved artist and mentor. Our thoughts and deepest condolences go out to Brad’s family, extended music family and friends. A celebration of life is scheduled for Sunday, March 4, 3-7 p.m. at Chrome Lounge, where many of Brad’s musician friends will perform in his honor.

Lincoln’s Zoo Bar has announced the dates and line-up for the summer anniversary ZooFest. Mark your calendar for Friday and Saturday, July 6 and 7. Headliners include Los Lobos, Tommy Castro & The Painkillers, Dale Watson & His Lone Stars, Nikki Hill and more. See zoobar.com for details.

Get the Folk Out

The Nebraska roots music scene has been getting some great recognition in 2018. In January, the Blues Society of Omaha was honored with a Keeping the Blues Alive Award. The BSO received the award from the Blues Foundation in Memphis partly in recognition of the BluesEd youth performance and development program that provides music education and performance opportunities for youth. See BluesEd.com for more information. This is the sixth KBA to be awarded to Omaha-LIncoln metro area recipients.

In February, I attended the 30th Annual Folk Alliance International in Kansas City. The annual event is part artist development conference, part live performance showcase and a gathering for all kinds of folk music. In addition to the expected traditional folk forms, world music, blues and even swing were represented.

In attendance are fellow musicians, industry folks including radio DJs, concert promoters, booking agents and dedicated fans. Usually the beds have been removed, folding chairs have been added and presenters armed with painter’s tape have transformed the spaces with Christmas lights, posters and more. Most presenters also have a beer or liquor sponsor, providing of-age attendees with free alcoholic beverages. KZUM’s showcase hosted sets by Matt Cox, Will Hutchinson, Mike Semrad & The River Hawks, The Wildwoods, The Fremonts, Andrea Von Kampen, Hope Dunbar and Jack Hotel. The showcase offered slick swag from buttons and stickers to a compilation disc of all the artists and free beer from sponsor Blue Blood Brewing Co.

By Saturday, I was hearing people I didn’t know saying that KZUM’s Nebraska Room 701 was “a must” among the private showcases. A cool accomplishment that reflects the caliber of our local talent and the organizational efforts of KZUM to make the room happen. For photos and videos from the KZUM FAI private showcase scroll back to Feb. 15-17 posts at Facebook.com/kzumradio. For more on Folk Alliance see folk.org.

Folk Alliance also featured ten official multi-act showcases from 6-10 p.m. each night Thursday-Sunday in various ballrooms and event rooms around the hotel. Performers included blues acts like Ruthie Foster and Guy Davis, Tex-Mex from Flaco Jiménez and Los Texmaniacs featuring Redd Volkaert, popular folk artists like Anaïs Mitchell and Sam Baker plus traditional, popular and even experimental urban folk from around the world. Daytime included more showcases, panel discussions, film screenings and a Music Camp with sessions for musicians to learn from pro teachers. A special highlight was the Thursday talk with Richard Thompson who spoke about his early years as an artist, the early London music scene and more in an engaging and often humorous conversation with moderator and folk authority Stephen Winick.

Next year Folk Alliance moves to Montreal, but it is expected to come back to K.C. in several years.

Steve Earle & The Dukes featuring The Mastersons are back Tuesday, March 20, 8 p.m. at The Waiting Room. Sunday Roadhouse hosts Amy LaVere and Will Sexton March 4, Chuck Mead March 22 and Radney Foster March 25. All three shows are at Reverb Lounge. See sundayroadhouse.com for details. 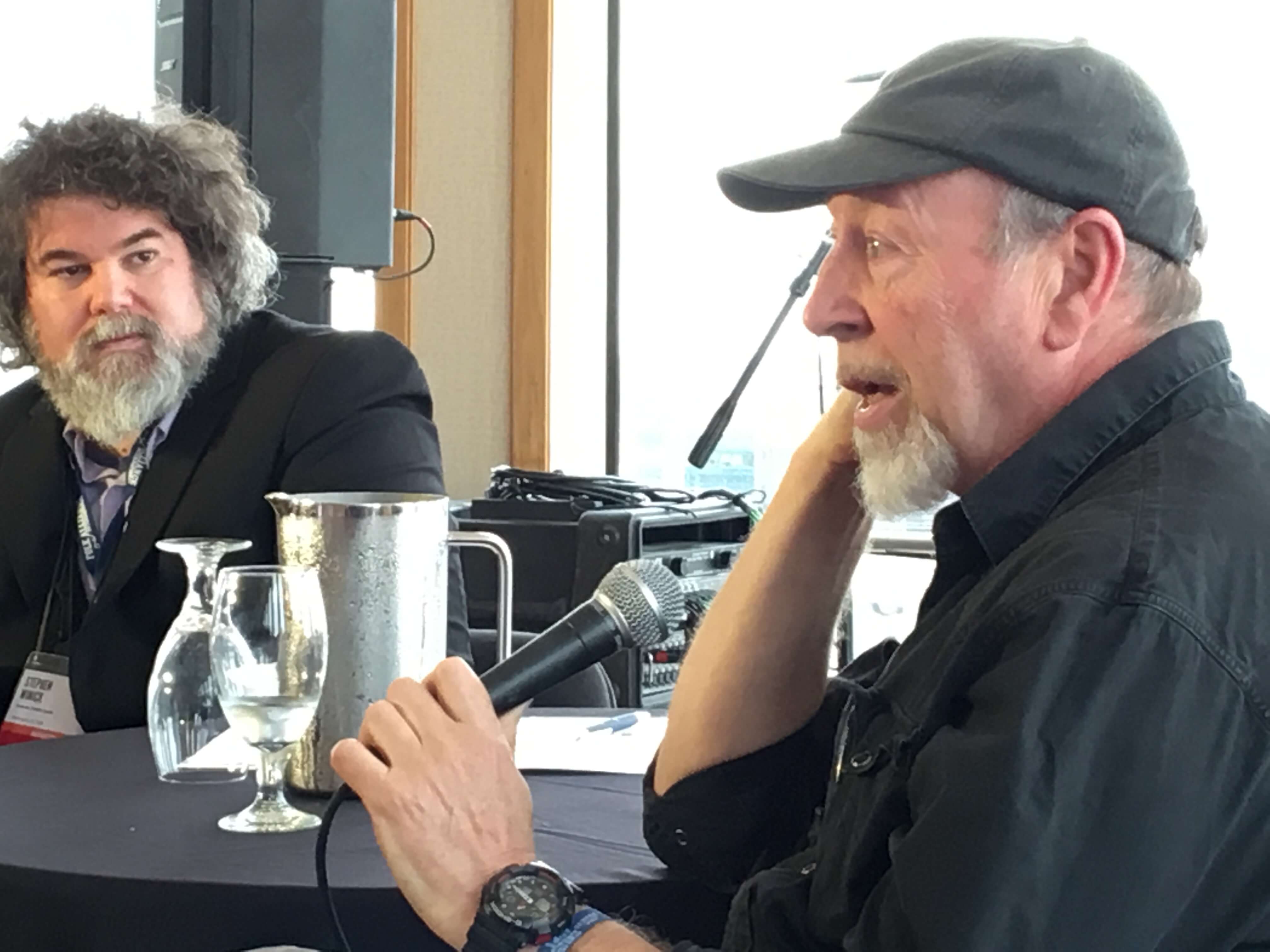